Several partygoers who attended an event at The Landmark in Central last Friday have been left with “sunburn” and light sensitivity in their eyes after apparently being exposed to ultraviolet light.

The venue is currently being used as a pop-up location for the work of Japanese artist Hajime Sorayama. The event was a collaboration with Hypebeast, a contemporary fashion and streetwear publication. A close up of the lightbulb (L) and the venue of the event (R). Photo: James Acey.

James Acey, who was DJ-ing on the night told HKFP: “The event was decked out in blue and pink neon lights all over the place… I leave the event and later that next morning, I wake up at 3am with the worst eye pain I’ve ever had. Essentially the feeling that there is sand in my eyes and it can’t be washed or blinked away.”

“I essentially thought it was my allergies but I’ve never had allergies this bad and this intense. So I’m struggling for the next twelve hours, thinking and feeling that I might be going blind, trying to sleep it off, but unable too – my eyes are watering and I’m unable to keep them open.”

Acey said that he later heard from other attendees of the event about skin issues resembling sunburn: “After doing some more research online as to our symptoms, we found out that a certain kind of UV lighting can cause these type of conditions.” The Landmark in Central. Photo: Wikicommons.

Acey later returned to the venue and took a picture of the light bulb. According to a photo provided by him, the lightbulb is the Philips TUV 30W G30 T8 model. According to Philip’s website, it emits 12.0 W of UV-C radiation and is mainly used for disinfection purposes.

According to Acey, Hypebeast told some of the participants that they were investigating the incident and advised them to get eye drops and see a doctor. Acey said that when he pressed them to release a public statement, but was told they preferred to contact attendees one by one.

He said that his vision had improved since Saturday morning but his eyes were still extremely sensitive and he was worried about long-term damage. “I’m also sun burnt for the first time in my life and the skin on my face is flaky and peeling.” 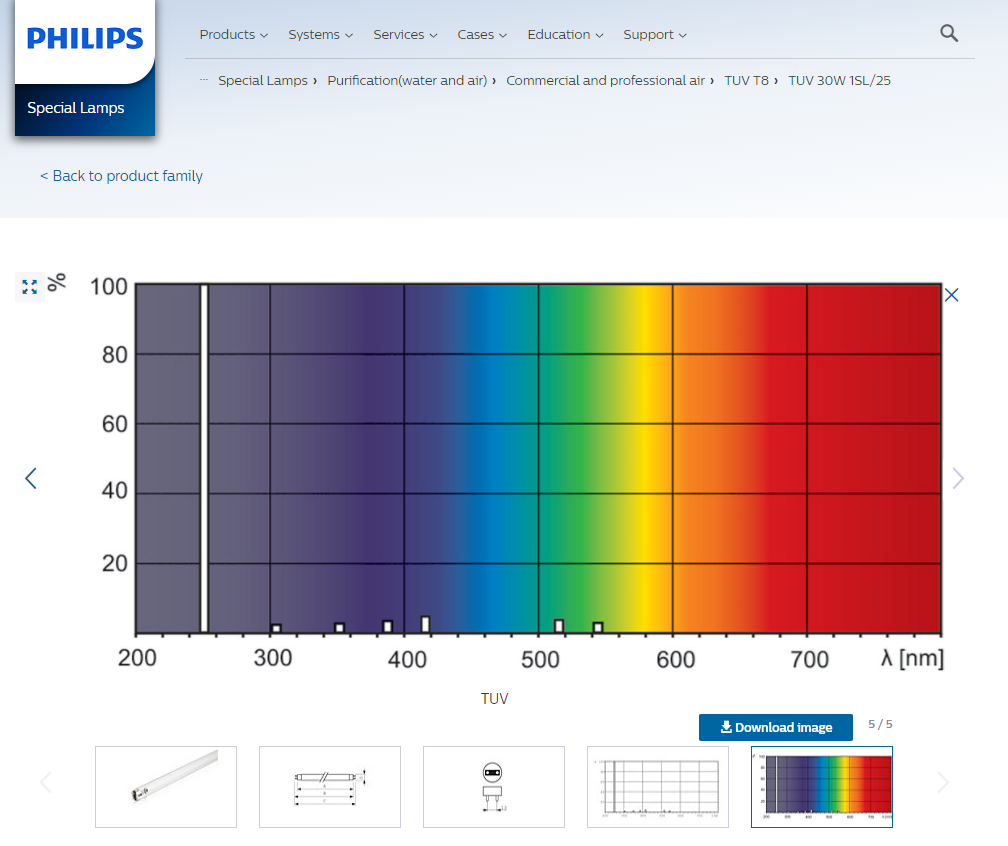 Other participants also confirmed to HKFP that they have experienced discomfort with their eyes and skin since the event.

In a statement sent to HKFP, Hypebeast said it “places safety as our utmost priority.”

“Meanwhile, we have brought in legal counsel to manage the issue. The case is now under investigation by the insurance company and we are not in a position at the moment to draw conclusions about what happened,” they said.

“However, an initial review suggests that the light contractor might have installed a type of non-approved lighting in a part of the area in the venue without our knowledge.”

Hypebeast also said that they have reached out to all 152 attendees, and are not “able to identify any details or draw any conclusions at the moment” on the question of whether UV light has been used. It recommended attendees in discomfort seek medical attention.

Update (27/10/2017): In a reply to HKFP, The Landmark said: “We are aware that the privately organised Hypebeast event on 20th October 2017 is currently under investigation. As the event took place at Landmark, we are paying close attention to the situation.”