McKinsey released its annual Women in the Workplace report a few days ago, in conjunction with Leanin.org. This US-focused report surveyed 222 companies (employing around 12 million people in total) and 70,000 employees.

The dreary headline is that while 90 percent of US companies have publicly committed to gender parity in the workplace, the proverbial needle isn’t moving. Democratic National Committee (DNC) women host an Equal Pay Day event with a lemonade stand “where women pay 79 cents per cup and men pay US$1 per cup, to highlight the wage gap” on April 12, 2016 in Washington, DC. Photo: Molly Riley/AFP.

An APAC specific report is not available, and Hong Kong figures aren’t easily come by. However, we do know that there is a regional pay gap of more than 30 per cent according to a World Economic Forum report that analyses the global gender pay gap annually.

Besides the pay gap, there are many other aspects to the parity topic as well, such as the lack of diversity in senior leadership roles and on boards, and the need to rethink work environments to be more flexible.

How are things still so severely inequitable for half the world’s workforce? Promoting gender parity is manifestly right and necessary, for ethical and business reasons.

“Gender parity is …fundamental to whether and how societies thrive. Ensuring the healthy development and appropriate use of half of the world’s total talent pool has a vast bearing on the growth, competitiveness and future-readiness of economies and businesses worldwide,” says the WEF.

Companies with more women in leadership positions have been demonstrated to be more profitable. Employee engagement, retention and talent acquistion are all impacted as well. A 2016 US-based survey revealed that eight out of ten women say they would not pursue a job at a company known for its unfair pay.

The fix lies in accountability and transparency; re-designing process mechanics (e.g: recruitment, promotions, leadership training, performance reviews, mentorship and sponsorship programmes); and, taking a good hard look at organisational culture to identify and then kick out cultural obstacles that exist.

If a company hasn’t yet publicly committed to doing away with disparities, it should. But it can’t stop at the talk; it must then audit itself to start understanding if disparities exist and why.

“It’s hard to solve a problem we don’t fully see or understand—and when it comes to gender in the workplace, too often we miss the scope and scale of the issue” write Sheryl Sandberg (of Facebook and Leanin) and Rachel Thomas (of Leanin).

Data (such as the numbers of women in leadership positions, proportion of promotions, and compensation gaps) should be collected and then shared transparently so it can be used and understood.

Professor Iris Bohnet suggests using transparency as an inherently useful design feature in her 2016 book, What Works: Gender Equality by Design. Unfortunately, only 23 per cent of the surveyed companies in the latest McKinsey/Leanin report shared any diversity metrics obtained through audits with managers, and a paltry 8 per cent shared them with all employees. 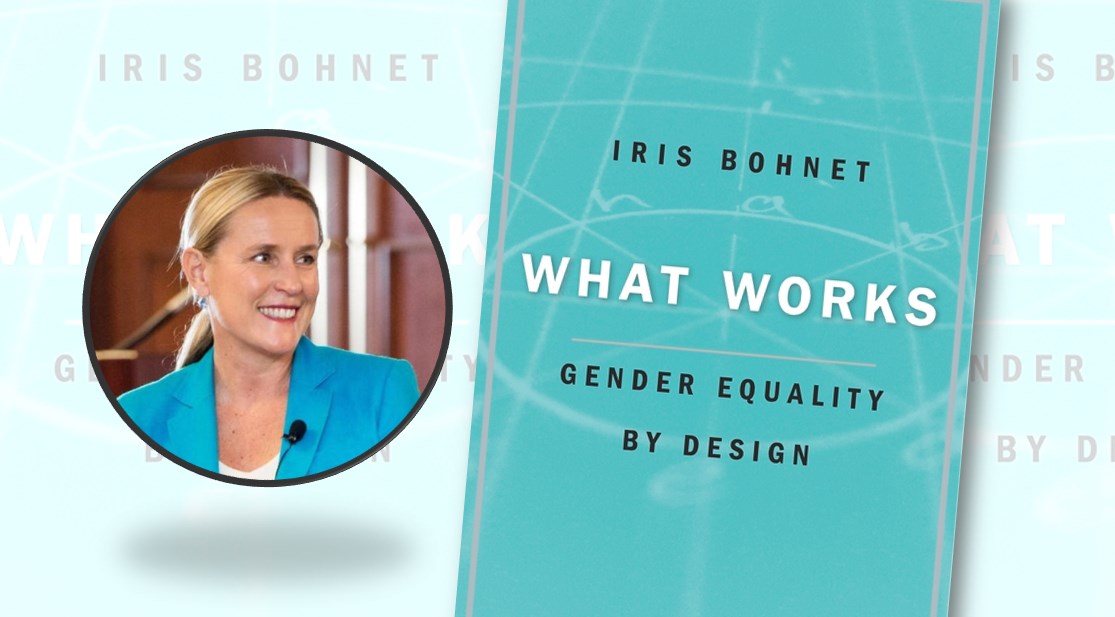 Last but hardly least, goals and timelines must be set. Less than a third of the companies surveyed in the report had set any targets.

Not all companies will manage to do what Salesforce CEO Marc Benioff did, when he brought about an immediate correction to internal salary disparities at a cost of US$3million a couple of years ago. But even if it’s not as immediate a goal as that, things simply have to improve, and accountability and transparency are key to propel those improvements.

Once the organisation knows where it stands, it’s time to scrutinise processes and make them better. Let’s take hiring as an example. Diverse slates of candidates should be presented, on purpose.

The idea is not to decrease the quality of talent hired, but to make sure there is access to the best and most diverse pool. Interview panels should be appropriately and diversely stacked, with a clear process and structure for assessments.

Unconscious bias must be discussed and acknowledged because nobody is immune to it, and efforts must be made to weed it out. The potential for bias goes deep into aspects that may not be obvious.

For instance, how are job descriptions worded? Where are jobs being posted? Do your interviewers know what cognitive anchors are, and how to attempt to sidestep them? Are your interviews structured or always free-flowing? How do you handle offer negotiations with candidates, and how do you develop offers in the first place?

You are likely to find that basing an offer on a candidate’s previous salary means you may be holding people to different standards and unfairly continuing to pay historically lower paid people less money.

We must acknowledge that there are many other complexities at play as well, such as the amply demonstrated social costs to women negotiating. There is so much more that can be done beyond what’s summarily mentioned above, and while what’s right for one organisation may not work for another, re-designing and critically looking into processes is essential.

Culture is somewhat the Hydra of all organisationally related beasts – evolving, multi-headed, difficult to manage. Let’s take the example of workplace policies, which are often tangible manifestations of work cultures.

Even if workplaces adopt some progressive policies, such as flexible hours, there is evidence that people use them differently. This 2015 New York Times analysis of the toll of an overworking culture has some good examples: different genders may make use of the same policy, but their actions may be perceived differently.

Often, broader cultural fixes instead of narrow policies are necessary to try to address these types of issues, so these types of judgments don’t add to inequities. The tech industry’s notorious “bro culture” is replete with more examples.

There is clear evidence that there are egregious disparities in the workplace, and this annual report is a resounding reminder. Equally clear is the business and ethical necessity to fix it. All of us who live in Hong Kong, and in a wider sense, who work in the APAC region, have a potent opportunity to do more in this arena, being surrounded by growing industries and organisations as we are.

Newer or faster growing organisations have a ground-floor opportunity to build themselves out the right way. I encourage us all to hold ourselves, each other, and our affiliated organisations accountable, to right these inequities that are bringing everyone (not just women) down.

It isn’t easy to disrupt long-standing systems and cultures, and solutions may not be uniform, but we need to cement the intent to change and get on with it. Let’s read more about the issues (for example, this recent Wall Street Journal series), gather perspectives, collect data and case studies to learn from, ask our HR departments and managers what they’re doing, critically look at our own teams and our hiring, ask our next interviewers when we assess opportunities, and lead by example if we are in any positions of influence.

This is and will remain an immediate business and ethical priority that none of us, as employers or employees, can afford to ignore.

Gender disparity in the workplace, and what we can do about it