From the outside, the building housing Macau’s New Yaohan department store looks like another anonymous East Asian tower block. Inside, subtlety is thrown to the winds – it’s a temple to bling.

The first floor – a shrine to high-end cosmetics – is bathed in white light reflected from a maze of mirrors and an unintended cocktail of expensive scent.

“Uh, this doesn’t look like anywhere you’d find a café serving bo lo bao,” said my travel companion as she beheld the sight, just as I spotted a sign proclaiming that Angela’s Café was indeed located in a corner of the space. 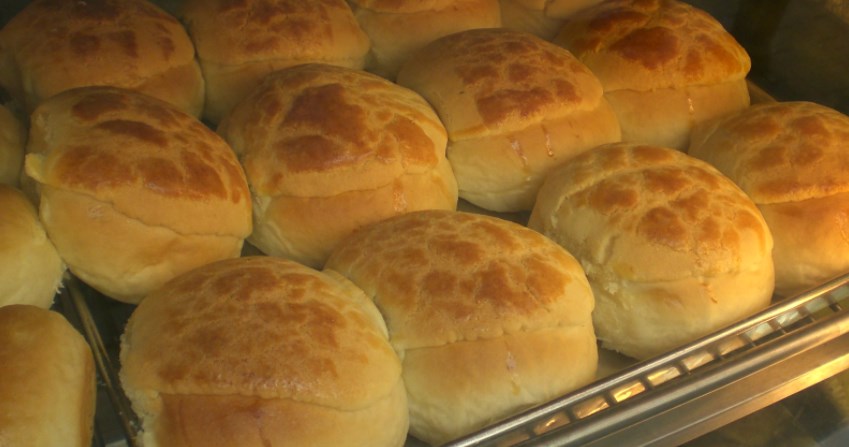 In contrast to the clean bright lights of the make-up counters, Angela’s Café was all dark wood, dim lighting and mosaic tiled floors – it was clearly going for an old-world vibe. Staff behind the counter wore chef’s whites and tall chef’s hats. A shiny vintage Gaggia coffee machine was on proud display.

The specialty is sandwiches – your choice of bread and three fillings for around HK$100. But also on the menu for a relatively modest HK$50 is Home-made Pineapple Brioche with Goose Liver Butter (actually pate and butter), served with a side of potato crisps. Don’t let the word ‘brioche’ fool you, it was a pineapple bun.

A pineapple bun, or bo lo bao (pronounced bor lor bao) in Cantonese, contains no pineapple. The name refers to the appearance of the cracked, sugary cookie crust on the top of the bread. This topping should crumble when bitten into – which is part of the simultaneous bother and delight of eating bo lo bao.

It’s inevitable that at some point the crispy crust and the pillowy, sweet bread will part ways. It’s hard to eat a pineapple bun elegantly, and that is part of the experience.

Despite or perhaps because of our misgivings, we ordered the pineapple bun combo. It was all wrong. The bun was dry, possibly left out too long, definitely heated too much.

The topping didn’t crumble when cut or bitten into. The butter had almost completely melted into the bread and the small, insipid discs of pate looked sad and out of place 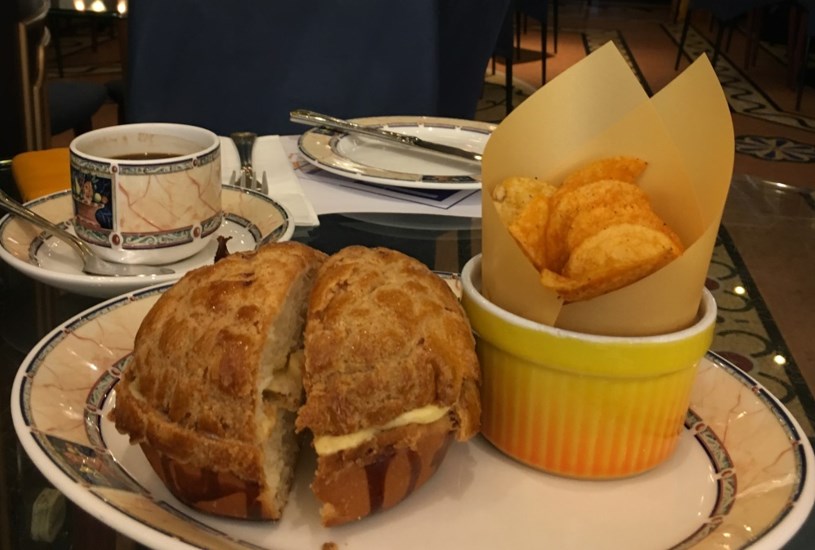 The overall effect was of mediocre sweet bread interrupted by a cloying layer of fat. The only taste I could discern was the butter – the pate contributed neither any distinctive taste nor texture.

Although I did not expect this concoction to be good, I was disappointed by just how bad it was. Here was a perfect illustration of why some classics shouldn’t be tinkered with.

Little is known about the origins of bo lo bao. Researchers have tried to trace the bun’s beginnings, but without much success. It seems likely that it’s a fusion of the Chinese love of sweet soft bread (traditionally steamed) with western influenced cookie dough.

What we do know is that it has been a staple of Hong Kong bakeries and local diners (cha chaan teng) both here and in Cantonese diaspora communities for many decades.

Bo lo bao are meant to be eaten for breakfast or tea in a cha chaan teng, grabbed as breakfast-on the-go on the way to work or school, or as an affordable treat afterwards. At my local bakery you can get three for HK$8. 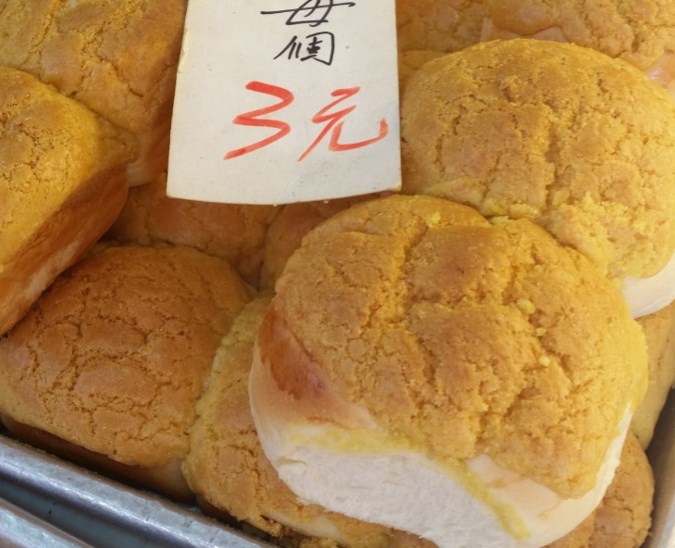 Over the years, there have been many ‘innovations’ riffing on the humble bo lo bao, from cha siu stuffed bo lo bao to buns with red bean, custard or taro fillings, to super-sized round bo lo loaves.

I’ve read that there’s a private kitchen in Macau that serves bo lo bao with slices of fois gras. This sounds like an abomination I have no desire to try.

In my opinion,  bo lo bao doesn’t need a makeover. It is great just as it is, or at most served slightly warm with a slab of cold, salty butter in the middle. This combo is known as bo lo yau (where ‘yau’ refers to butter), it is a perfect fusion of sweet and savoury, hot and cold, soft and crunchy.

In fact, I think bo lo yau might just be Hong Kong in a bun.