The UK solicitor regulatory body has confirmed that pro-Beijing lawmaker Junius Ho was admitted as a solicitor in England and Wales. However, his claim to be a “practising member” in some of his biographies may still be misleading.

The incident began when the Solicitors Regulation Authority replied to a complaint over Ho’s recent speeches calling for the killing of Hong Kong independence advocates. The reply said “Junius Kwan-Yiu Ho” was not a solicitor, and is not admitted in England and Wales, thus it cannot proceed with the complaint.

But it emerged out that “Kwan Yiu Ho,” a variation of his name, was indeed admitted. “We have been asked to confirm if Junius Ho, senior partner at Senior Partner, K.C. Ho & Fong, Solicitors & Notaries, is a solicitor admitted in England and Wales,” the authority said in a statement. “We can now confirm that he was admitted to the Roll of solicitors on 1 September, 1997.”

Ho had defended his qualification, but said he does not hold a practising certificate. Under the section 1 of the Solicitor Act 1974 of the UK, no person shall be qualified to act as a solicitor unless he has been admitted as a solicitor, and his name is on the roll, and he has in force a practising certificate.

According to section 21, “Any unqualified person who wilfully pretends to be, or takes or uses any name, title, addition or description implying that he is, qualified or recognised by law as qualified to act as a solicitor shall be guilty of an offence and liable on summary conviction to a fine not exceeding the fourth level on the standard scale.”

Section 26 of the Elections (Corrupt and Illegal Conduct) Ordinance of Hong Kong stipulates that any candidate or person who publishes a materially false or misleading statement of fact about particular candidate(s) for the purpose of promoting or prejudicing the election of the candidate or candidates shall be guilty of an offence.

Ho said in a statement on Friday night that his SRA identification number is 204585. 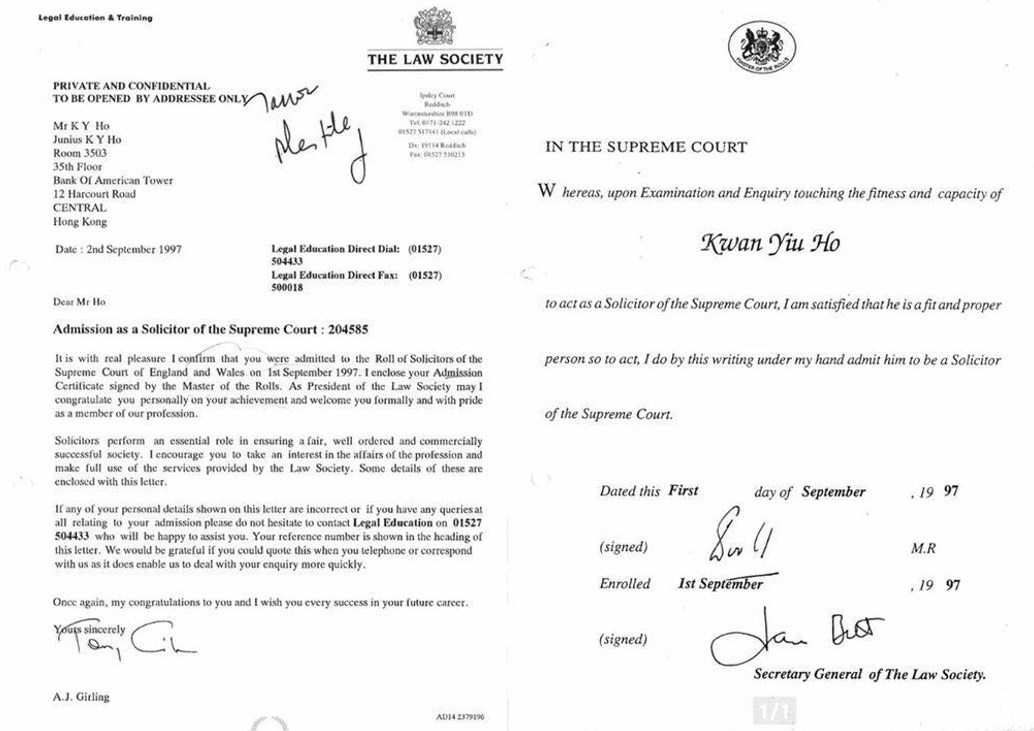 He said that he was suffering “yellow terror” – referring to pro-democracy activists who were allegedly targeting him.

Craig Choy, the convener of the Progressive Lawyers Group, said that whether one is practising or not is crucial to the public. “If you hold yourself out as practising, it means that you are qualified to give legal advice on the law of that jurisdiction. If a client comes to you for advice, but you are actually not practising, it is not of the best interest of the client because you may not have professional indemnity insurance covering your advice,” he told HKFP.

Pro-Beijing lawmaker Junius Ho was admitted as solicitor in England and Wales, but lacks practising certificate