In recent days, the Hong Kong crazy-story crown has gone to Jamal Qureshi. He is a former Wall Street executive who ditched finance to go into the bottled-water industry. He brought to market Svalbardi, a water brand that comes from melted glaciers in the Arctic.

This was briefly sold at an upscale supermarket in Hong Kong, for HK$950 a pop. It came in elegant glass bottles, with elongated necks that sloped into a shapely body, while the glass’s transparency showed how pristine the perfectly pure water inside it was. 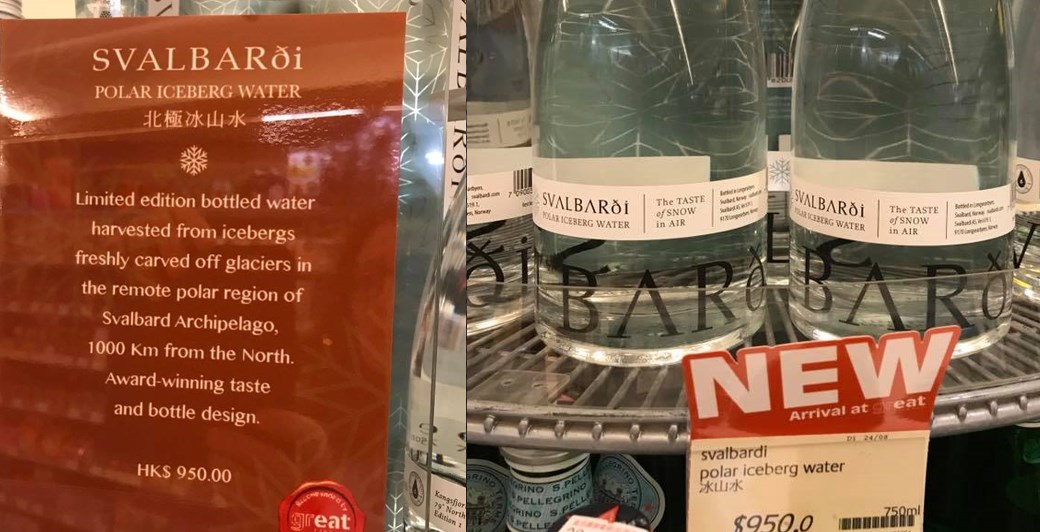 An outcry ensued, strong enough to convince the upscale supermarket in question to pull the offending bottle off its shelves. So Hong Kong doesn’t fit the ostentatious “crazy rich Asian” stereotype it has often been decked with, and this designer water, bringing the Polar bears’ habitat right onto your table, will have to be sold in crazier locales.

However, in recent years more humble supermarkets have been sporting another brand of bottled water that is shocking for its unsustainability – in a business that is environmentally deeply problematic to start with.

It is a Hong Kong-listed company founded in 2006, called Tibet Water Resources, which produces Tibet 5100, water bottled at the source of the Tibetan glaciers, at 5100 meters of altitude. Its shares trade on the Hong Kong stock market for HK$3.02 at the time of writing, and according to the latest company reports, business is good, with a year-on-year expansion of 5%. 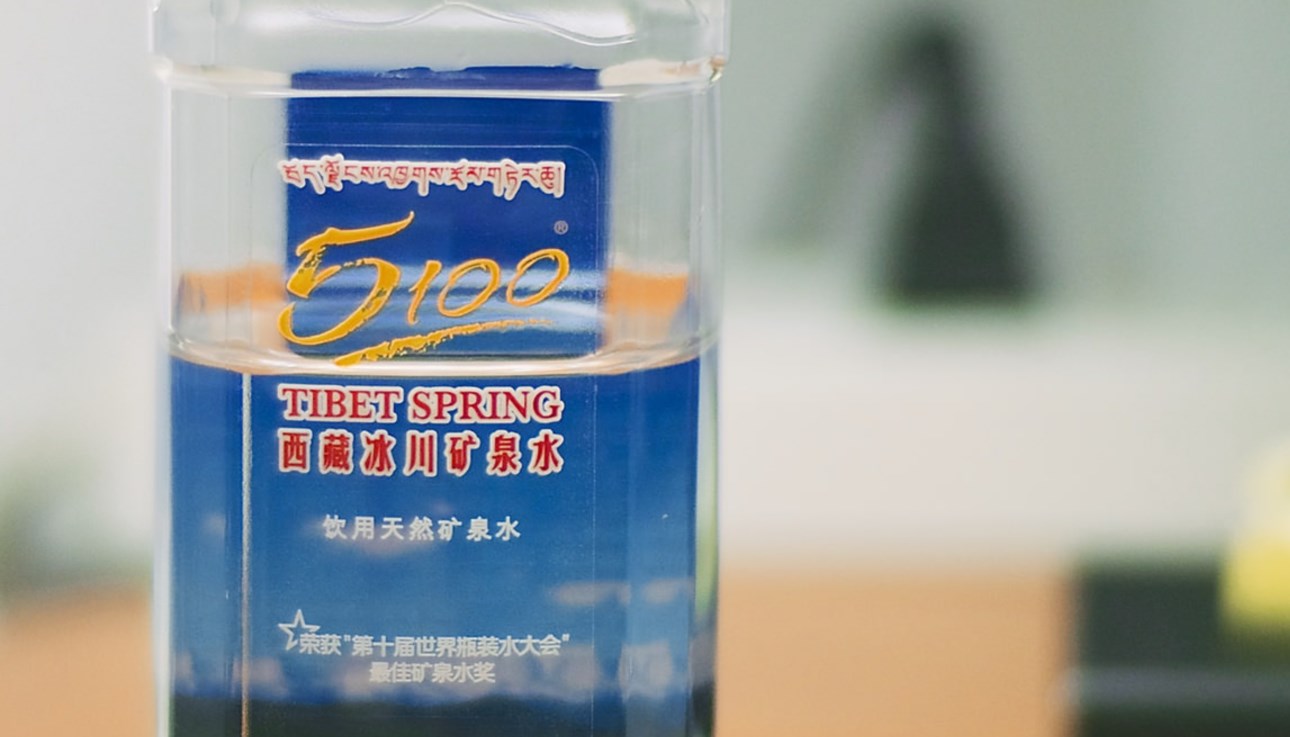 You can see it in most supermarkets in two different sizes, the 1.5 L bottle that sells for HK$13.5, and the smaller, 500 ml bottles that cost HK$8 a piece. Unlike the Svalbardi insanity, they do not come in glass, but in plastic.

Both types of containers are a burden on the environment, but plastic more so: glass is heavy, which requires more fossil fuel to be burned in order to transport it from the source to the distributors and then to shops and consumers.

Plastic, on the other hand, is a bit like a diamond: it lasts forever. It leaks toxins into the water it contains, and then all around the environment for as long as it exists, which is estimated to be at least 450 years if left in a landfill to disintegrate.

But the problem with the rush to bottle the water that springs from the Qinghai-Tibetan plateau goes beyond the plastic it is put into. The whole Himalayan region, and the Tibetan part of it in particular, is under enormous environmental pressure; bottling its waters is as absurd as melting icebergs, even if the price tag is lower.

Given the concerns about the safety of food and water in China, and sensing a great business opportunity, Tibet’s provincial government started to open up its springs for industrial exploitation about ten years ago – licensing 28 companies by the end of 2014. 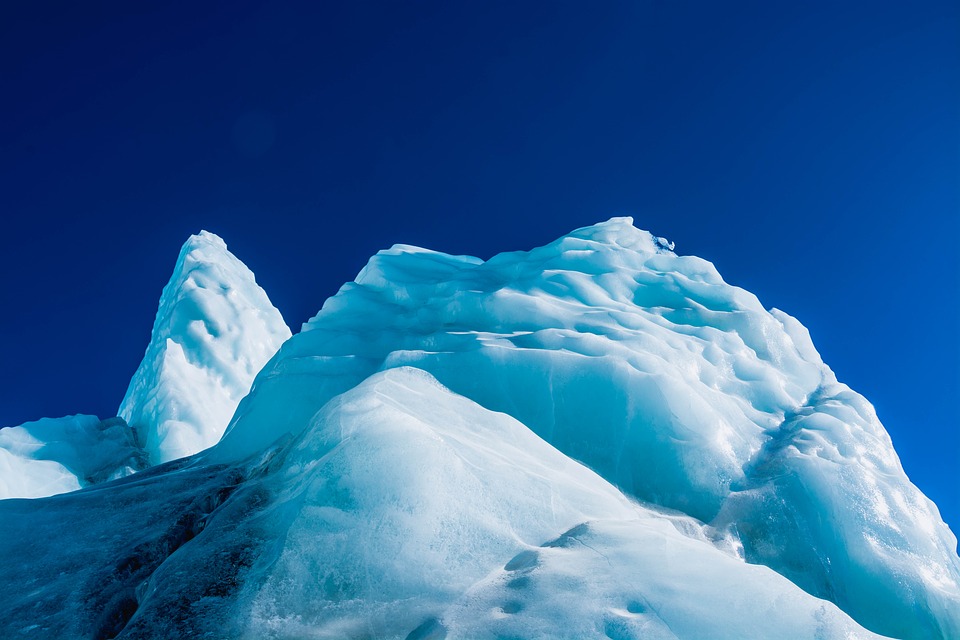 A glacier in Tibet. Photo: Pixabay.

Of these, Tibet Water Resources is just the one that expanded the fastest, under its former CEO Fu Lin, who resigned in August, to be replaced by another executive, Wang Dong (sitting on the board are also a couple of Hong Kong executives, and at least one foreigner, but not a single Tibetan).

It used to have a very profitable partnership with China Railway Corporation, but that was axed in 2015 after it fell foul of anti-corruption investigators.

Still, Tibet 5100’s ambition is to produce 10 million cubic meters of bottled water by 2025, and to export worldwide.

Another company, Qomolangma Glacier Company, bottles water just 80 km from Everest Base Camp, in what is supposed to be a national nature reserve, and uses as its brand name the Tibetan word for Everest – its products are not sold in Hong Kong yet.

Is there an issue with bottling waters from the Tibetan glaciers? It all depends, of course, on how you look at it.

Tibetan groups complain that this is just the latest example of a free-for-all in which businesses with strong State backing are allowed into the Qinghai-Tibetan plateau to mine its resources, with generous government subsidies.

According to some accounts, Tibet 5100 received US$50million in the years up to 2013, to establish itself, not counting tax cuts, tax holidays and cheap loans.

But, Tibetans point out, local people have no part in the decisions that surround the exploitation of this precious resource. 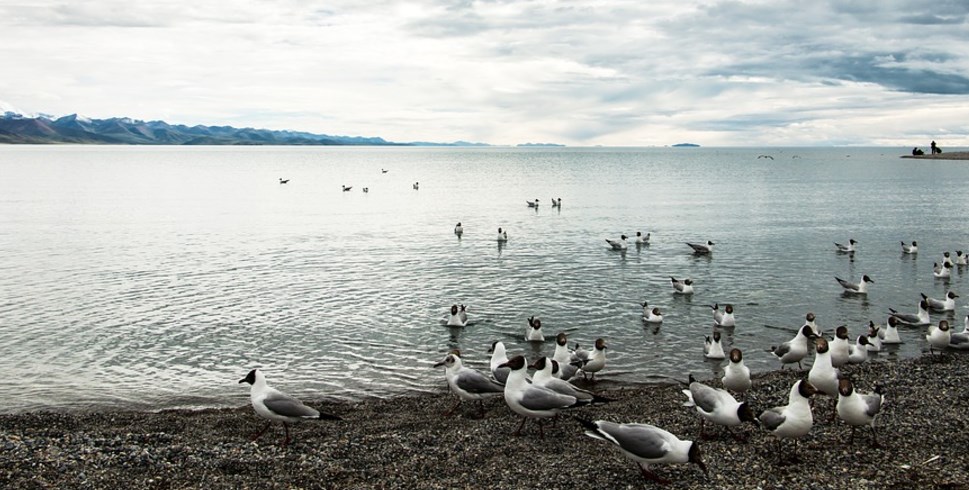 Also, environmental studies show that the changes in the flows of water in the Himalayan region, mostly due to artificial dams and industrial exploitation, together with the worldwide rise in temperatures, are contributing to abnormal water patterns downriver.

This impacts the countries in South and Southeast Asia which rely on rivers that originate in the Himalayas.

Last week, a video circulated online showed an apocalyptic river of mud and grass, flowing downhill like a sudden volcanic eruption, except it didn’t glow red with inner fire, but carried its dull black and green mass through a verdant valley in Yushu, Qinghai.

This video is circulating on Wechat & Weibo, melting permafrost, flowing like lava in #Tibet. pic.twitter.com/lKISKIbvAZ

Filmed by herdsmen on the plateau, it was later confirmed as genuine by Chinese scientists, who say it is molten permafrost that turned into a lava-like river due to unusually heavy rainfall in the region. Wang Dekai, chief scientist for disaster prevention in Gansu province, was quoted as saying that permafrost in the plateau has been melting at a faster pace in recent years.

Clearly, we are looking at a rather complex and delicate eco-system, which is showing growing signs of stress. To presume that it is going to cope well with an expanding presence of industries eager to bottle its waters at the source, in particular in the absence of any environmental impact study published by the water companies, seems foolhardy.

Yet there it sits, on every supermarket shelf in Hong Kong: Tibet 5100 water, advertised on taxis and large billboards across the city. As we still shake our heads over the Svalbardi madness, we might consider how wise it is to drink up endangered glaciers closer to home.

Bottled water from Tibet: How Hong Kong consumers are contributing to an environmental disaster