One festival-goer has died and three are in a critical condition after attending Saturday’s Road to Ultra electronic music festival. 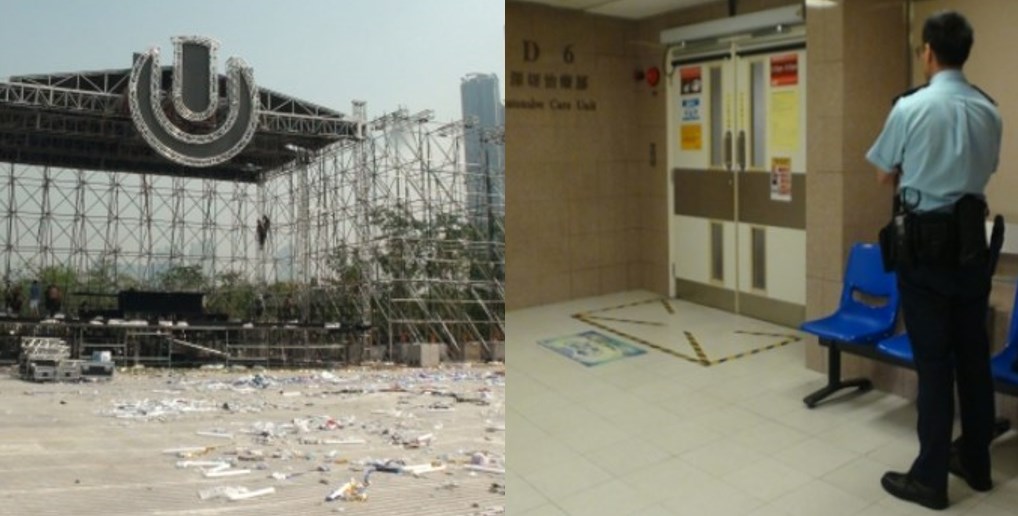 Police told HKFP that three men and one woman aged between 21 and 29 were sent to Queen Elizabeth Hospital after staff at West Kowloon Cultural District raised the alarm. One of the men, a 27-year-old surnamed Chow, was confirmed dead at 10:06pm. An autopsy will be carried out.

A spokesperson for the venue said in a statement that the four had suffered from heat stroke: “We regret that four members of the audience were sent to hospital due to heat stroke. It is very sad and unfortunate that one of them has passed away and we would like to express our deepest condolence to the family of the deceased. We also wish those who remain in hospital a rapid recovery.”

Attendees complained of a lack of water at the event: “They had rules in place so we couldn’t bring outside food and bottles of water ourselves even though everyone knows they will need it. Then it was $50 for the small bottle of water, probably about [a] 330ml bottle,” attendee Edwin Lai told HKFP.

Temperatures exceeded 35 Celcius on Saturday, as the government warned citizens to avoid prolonged exposure to the sun.

A spokesperson for Road to Ultra told HKFP on Monday: “We are deeply saddened to learn of the passing of Mr. Chow at the Queen Elizabeth Hospital on Saturday. We extend our deepest condolences to the loved ones of Mr. Chow and our thoughts remain with the families of those involved.”