Days after Typhoon Hato ripped through Hong Kong, a second tropical storm is brewing off the east coast. Hato was the strongest storm to hit the city since 2012, leaving flooding and destruction in its wake.

As of 8am on Friday, Tropical Storm Pakhar was located about 1310 km southeast of Hong Kong. The Hong Kong Observatory has said that the storm is set to move into the northern part of the South China Sea in the coming days, intensifying gradually.

See more: Typhoon Hato leaves flooding, a landslide and multiple injuries in its wake, as Hong Kong gets back to business Tropical Storm Pakhar building off the coast of the Philippines. Photo: Cameron Beccario/Earth.

As of Friday morning, no tropical storm warning has been issued, though the Observatory forecasts showers from Friday through to next weekend. Pakhar is expected to be closest to the city on Sunday and Monday, bringing cloudy weather with showers and a few squally thunderstorms. 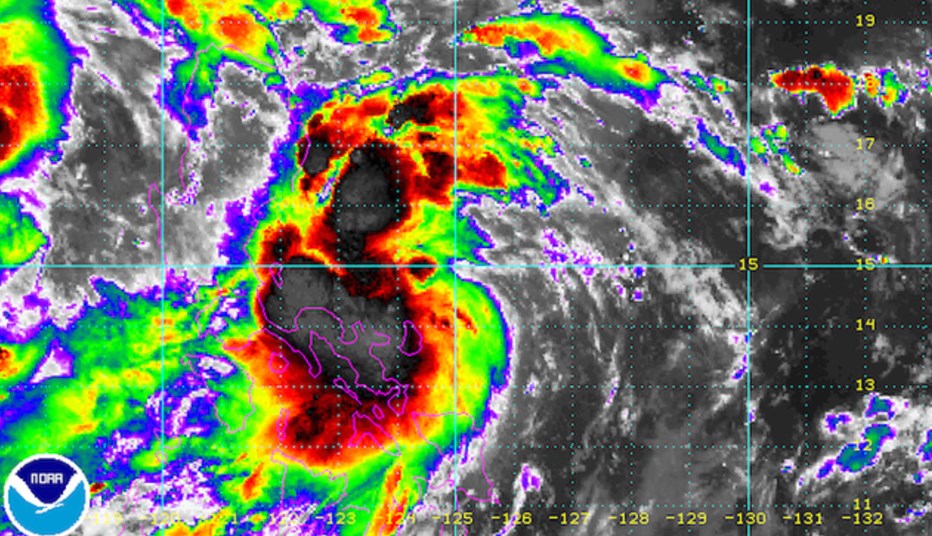 On Sunday, the Observatory predicts that Tropical Storm Pakhar will be upgraded to a Severe Tropical Storm, with maximum sustained winds of 105 kilometres per hour. Another tropical storm may hit Hong Kong over the weekend