Pro-democracy activist Joshua Wong says that Asia Society Hong Kong needs to give a “reasonable explanation” for reportedly disallowing him from speaking at a book launch originally scheduled to take place at its Admiralty venue last Wednesday evening.

Freedom of expression NGO PEN Hong Kong eventually decided to relocate the launch of Hong Kong 20/20: Reflections on a Borrowed Place – of which Wong was one of the authors – to the Foreign Correspondents Club. 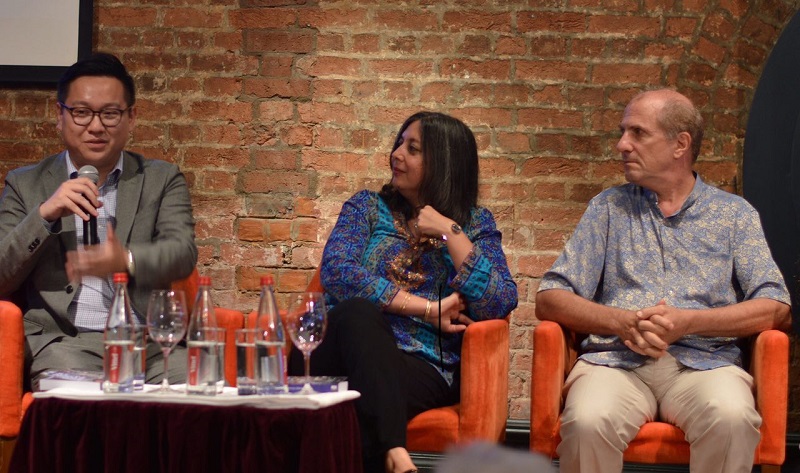 “Despite earnest efforts to collaborate on a programme design, we were unable to come up with one that would be mutually compelling to our respective target audiences,” the NGO told HKFP in relation to its abandoned discussions with PEN Hong Kong to launch the book at its venue.

PEN Hong Kong President Jason Y. Ng told HKFP: “The mission of PEN Hong Kong is to promote literature and defend the freedom of expression. To bar one of the contributors to our anthology, whether it is Joshua Wong or somebody else, from speaking at our launch event would undermine and in fact contravene that mission.”

Wong wrote on Facebook on Thursday that Asia Society Hong Kong needed to explain its purported decision: “Even though I know that the NGO has always had a conservative stance, this was just a book launch,” he said.

“We need to ask whether this [decision] presents obstacles to freedom of the press and publication. Asia Society needs to give a reasonable explanation.” Wong eventually did not attend the relocated book launch at the Foreign Correspondents Club, as he and other Demosisto members were staging a sit-in at Wan Chai’s Golden Bauhinia Square to protest Chinese President Xi Jinping’s visit to Hong Kong.

US Congressman Chris Smith, co-chairperson of the Congressional-Executive Commission on China, also criticised the NGO in a strongly-worded press statement on Wednesday.

“The Asia Society has some explaining to do after two events that featured Joshua Wong prominently were cancelled over the past nine months,” said the New Jersey representative. “I commend PEN Hong Kong for not appeasing the Asia Society’s demands.”

“I will be asking questions of the Asia Society to understand whether these steps were taken because of self-censorship or under direct threats from Beijing… It is sad to see this venerable organisation kowtowing to Beijing’s ‘red-lines’ in Hong Kong and abandoning its core mission to educate and build bridges. ”

“Maybe the Hong Kong branch should just be rebranded as a ‘Confucius Institute’ in order to abandon any pretence,” he added. Confucius Institutes are Chinese language and cultural centres set up in various universities across the world, but they have been criticised for purportedly advancing the Communist Party’s agenda and conducting surveillance on overseas Chinese students.

PEN America – the US sister organisation of PEN Hong Kong – called the NGO’s decision “unbelievable” on Twitter, where it faced a backlash from journalists.

It's a shame I may have to boycott @AsiaSocietyHK – it's one of the most beautiful places in Hong Kong. https://t.co/Z9Jnz82UTH

Released on the occasion of the 20th anniversary of the city’s transfer of sovereignty, Hong Kong 20/20: Reflections on a Borrowed Place is a collection of reflective pieces from prominent activists and English-language journalists and writers.

HKFP has contacted the Asia Society in Hong Kong and New York for comment.