After finishing class, a young man sits down for an interview. He laughs and lets out a sigh of relief on discovering the interview will be conducted in English. Harry Mou Kat-yan is a second-year sociology student at the Chinese University of Hong Kong (CUHK) and was born and raised in Hong Kong. But when it came to fitting in during his freshman year, he may as well have been a foreign student. To his peers, Mou was known as the “I.B. kid,” a nickname given to him because he studied the International Baccalaureate curriculum at the Victoria Shanghai Academy, an international school in Hong Kong. He also stood out because he did not understand local university culture and even things like making meal choices were difficult for him. He was experiencing culture shock in his own hometown.

“When [international school students] go to the UK or US, they adapt really well because they are more into that culture,” Mou explains. “But we move into Hong Kong’s universities and really struggle.”

He recalls that his international school background and lack of knowledge of local news affected him drastically. During a class, his mentor publicly humiliated him by calling out his lack of knowledge of local politics and culture. He criticised Mou for his lack of exposure to local life and society. “He explained that [I] experienced the middle class, [I] experienced the upper class, but have no idea how the majority, which is the lower class, actually works,” recalls Mou.

He had encountered similar experiences even before he was admitted to CUHK. When he applied to universities, he had put down the undergraduate programmes in social work as his first choice at six local universities. In the end, all six rejected him. Mou’s CUHK mentor later told him that social work departments rarely accept international school students because “they assume that they don’t really have the knowledge of local current affairs”. 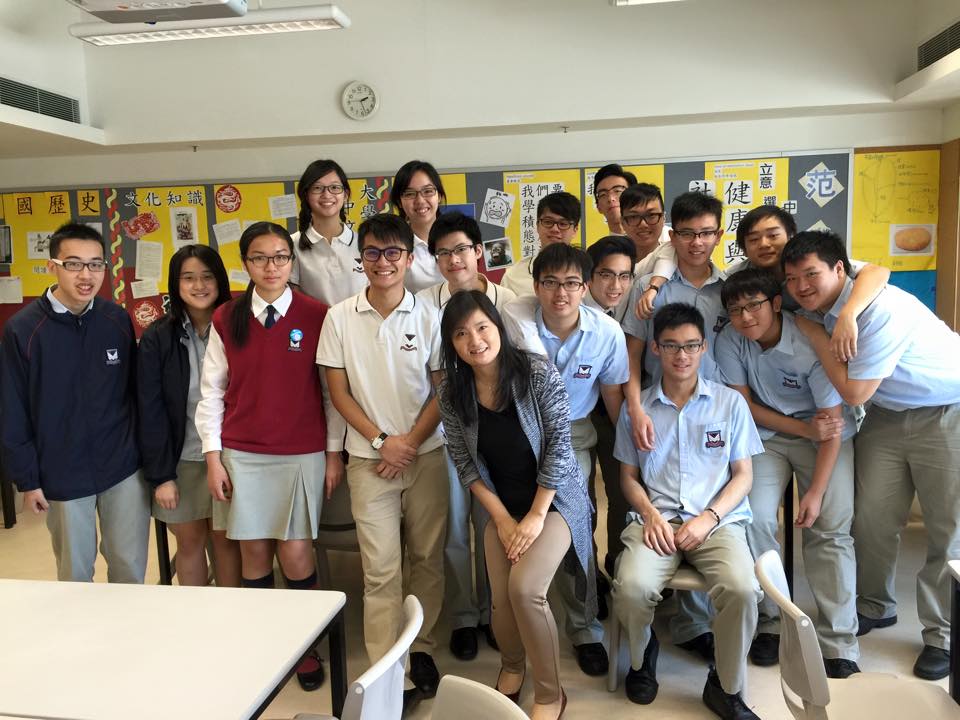 This echoes some of the criticisms levelled at international schools in Hong Kong, criticisms that suggest their students live in a bubble. The Creativity, Activity, Service (CAS) component of the IB curriculum is supposed to counter this phenomenon by giving students real-world experiences and equipping them with local knowledge. The CAS Project is a mandatory programme for IB schools.

David Whalley, the director of education at the English Schools Foundation (ESF), which operates 22 international schools in Hong Kong, brings up the CAS Project when discussing how to help ESF students understand local cultures and Hong Kong society. He says the project is designed for students “to understand the local community, how they can be part of that community and how they can make a difference in that community.”

Whalley explains the CAS Project includes a range of activities that can help students become familiar with Hong Kong’s local culture and society. For example, students can participate in volunteer work, visit different parts of Hong Kong, try local cuisines, and “look at the different things going [on] around Hong Kong.”

But CUHK student Harry Mou feels the CAS Project has limitations. For his part, he says it only affected him for the short time he was involved in it and did not provide enough local knowledge. For his CAS Project, he started a dodgeball club for the “creativity” component, joined a soccer and dragonboat team for the “action” component and visited a children’s home for the “service” part. “For me it is useless. It is useless,” he says.

This is also true for 17-year-old Kinson Chan, a Year 13 IB student studying in Sha Tin College. Chan says the international school system does not teach enough about local issues. His only school contact with local affairs and communities came through his CAS Project. For this, he chose to teach English to students at a local secondary school. He visited the school once a week for two to three months. Chan says he did interact with more local students for the project, but this only had a short-term effect. “We take it, like, for fun. We do activities, we play around with the students,” he explains. It may have provided him with an experience, but Chan says it did not really deepen his understanding of local affairs.

Apart from his limited knowledge of local affairs, Chan is also worried about his Chinese proficiency. He is currently studying the lowest level of Chinese in his school’s curriculum. Although he has no problem speaking Cantonese, his written Chinese is a problem. “I speak [Cantonese] at home, so it’s not bad,” he explains. “But for writing, I sort of lack writing skills because, you know, I don’t write much in Chinese.”

While he is concerned, his parents do not seem to be worried. They enrolled him in an international school because they wanted him to excel at English and think that “English is more important than Chinese,” says Chan. 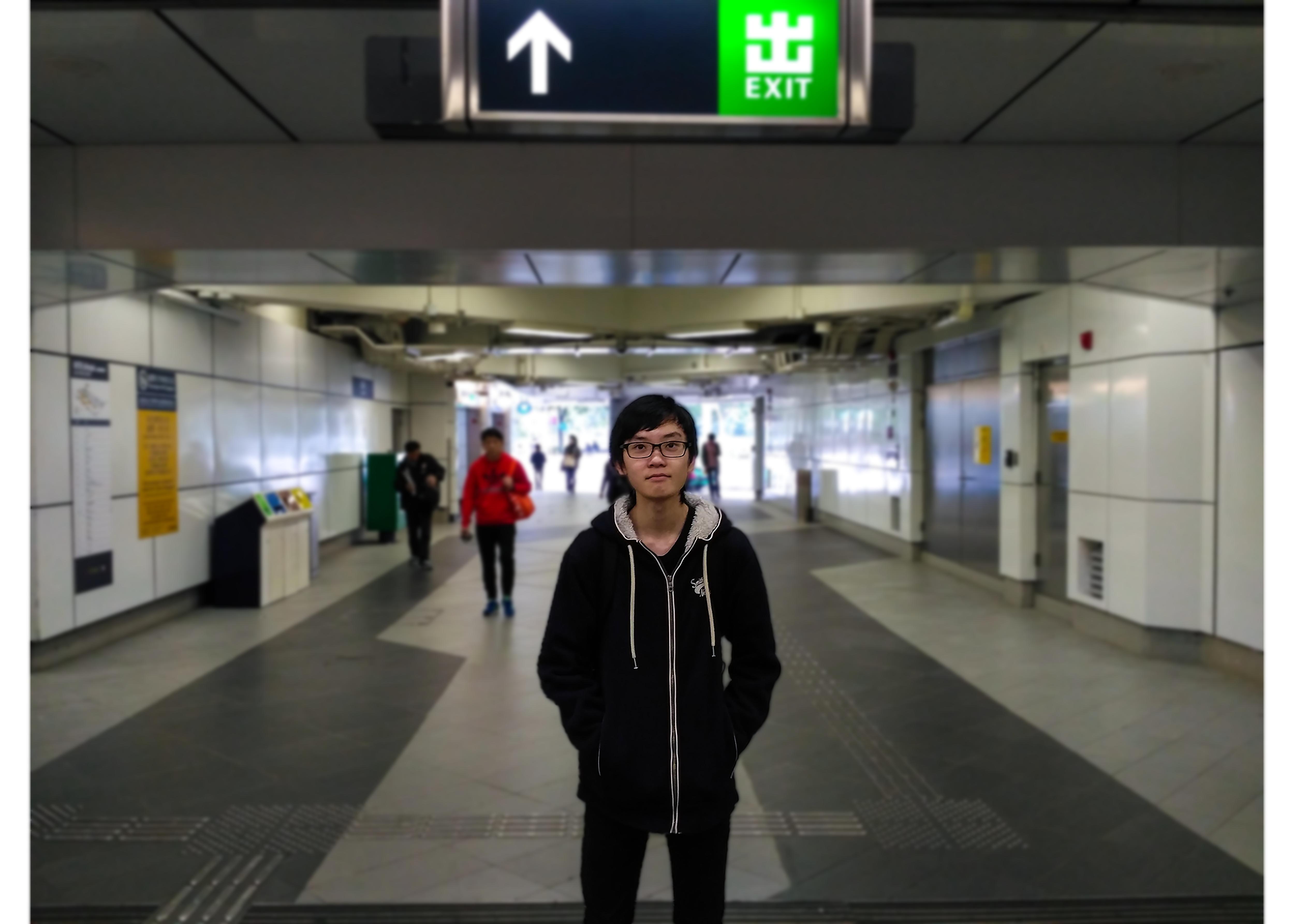 In the past, the local education system resembled the British education system. However, after the handover, it went through drastic changes. The primary curriculum includes a range of subjects including social studies, science, Chinese, English, mathematics, music, arts, and physical education. For secondary education, students are required to take core subjects – English, mathematics, Chinese, and liberal studies – and will choose two or three elective subjects.

While local schools prepare their students for the Hong Kong Diploma of Secondary Education Examination (HKDSE), international schools offer a broader range of study plans such as the IB programme, or curricula from the United States or United Kingdom, in which case students may take SAT exams, Advanced Placement (AP) tests, or the General Certificate of Secondary Education (GCSE) exams. Over 3,300 tertiary institutions in nearly 90 countries currently recognise the IB programme, whereas 250 tertiary institutions recognise the HKDSE programme.

This is one of the reasons an increasing number of local parents choose to send their children to international schools. According to the 2015 annual report published by the ESF, almost 70 per cent of the students’ parents are permanent residents of Hong Kong. Chinese is the largest ethnic group in ESF schools, constituting 46 per cent of all students. Salamanca Ha Suk-man is a mother of three. She says she sent all three of her children to international schools because she says they offer more all-round development, with less emphasis on drills, and rote-learning.

“Traditional schools are very intense and everything is about examination,” Ha says. “But international schools offer more opportunities and they won’t pressure students in the early stages.”

She thinks that local schools restrict students’ development by overlooking the importance of less academic areas such as music, sports or art.

“When exams are coming up and there is not enough class time, the first class to be cancelled will be PE. Then it will be art,” said Ha. “They put too much emphasis on the development of knowledge and intelligence, rather than an all-round development, which is my concern.” 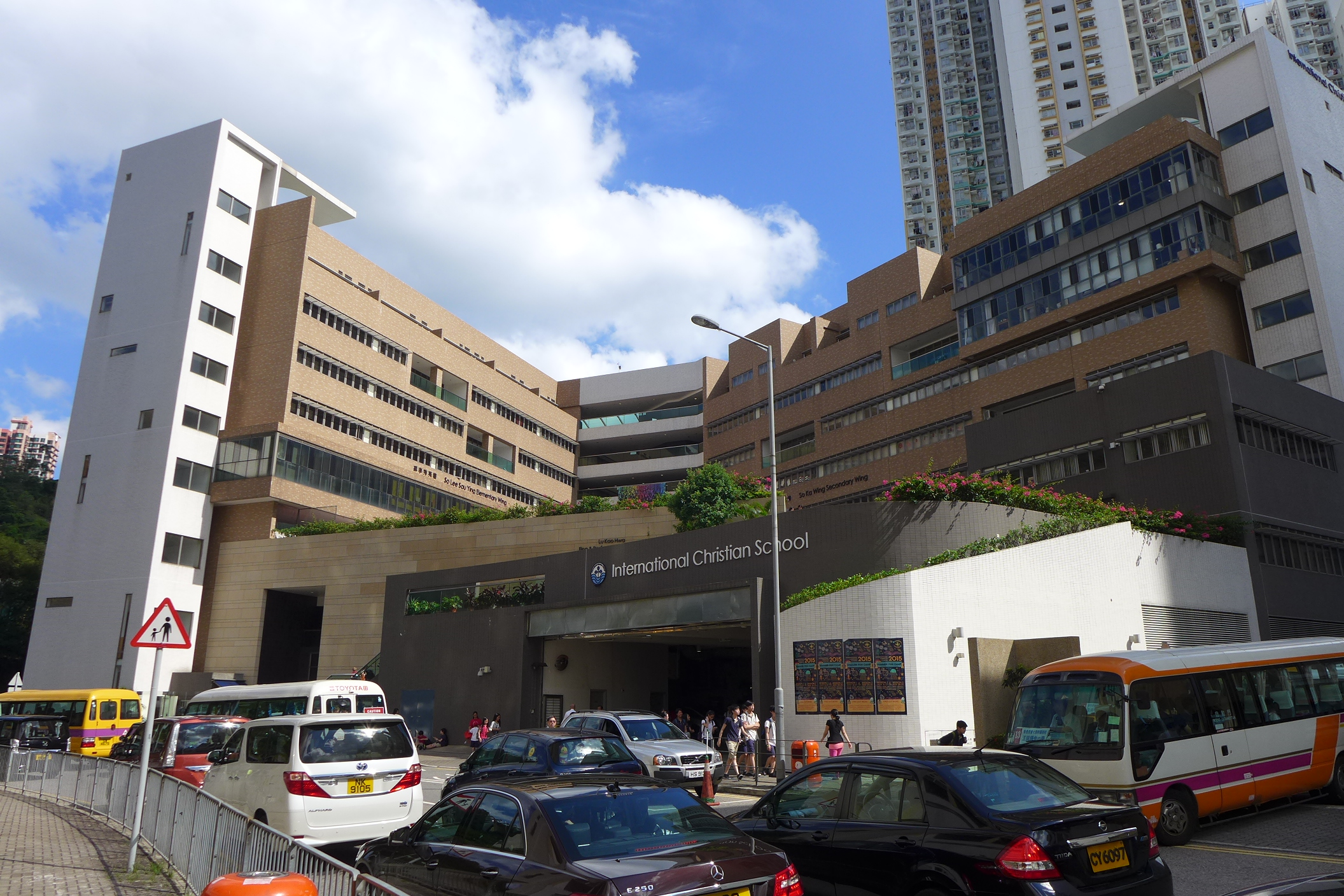 Even though Wong took AP Chinese, she still struggles with communicating in Chinese. She says AP Chinese was very basic because it was designed for Americans, but almost everyone in her school took it. “It is one thing that I can speak Cantonese,” she says. “But communicating with locals can be kind of challenging at times. I don’t really understand what they are saying.”

When explaining her knowledge of local affairs and culture, she says there was little discussion of Hong Kong news at her school and more emphasis was placed on international or American news. Wong says her school did not include any subjects or activities that expose students to local culture. She can only recall there was a Chinese club where students would write Chinese New Year couplets.

But after arriving in the city, Cohen decided that in order for them to truly integrate into Hong Kong society, the children should learn Cantonese and understand local culture. 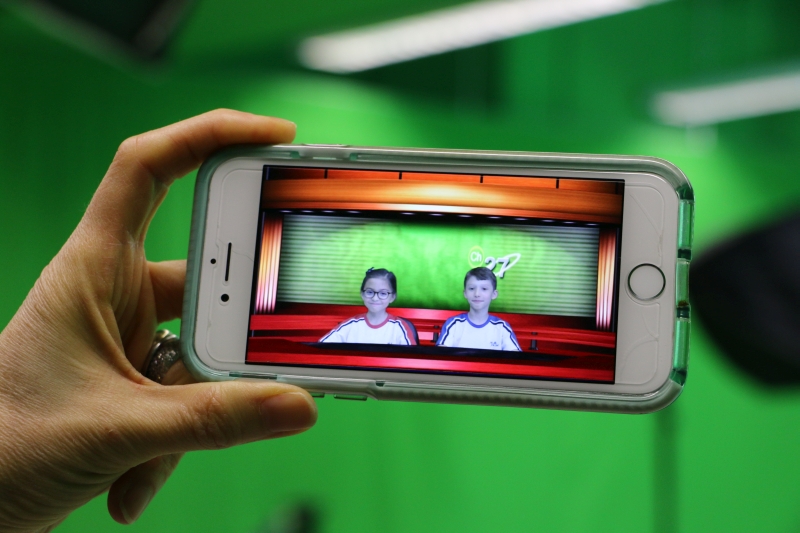 A video of Natty, Cohen’s son, presenting in Cantonese with his classmate. Photo: Varsity.

“We live in Hong Kong. We all have permanent ID cards. We are going to be here for a long time,” Cohen says. She believes knowledge of the local language is the key to access to the local community. Her children, now aged 10 and 11, can speak fluent Cantonese and read and write Chinese.

Apart from the language environment, Cohen’s children also get to study alongside children from a wider range of Hong Kong families, rather than those from families who can afford the high fees and debentures of international schools.

When it comes to competitiveness in the job market, human resources experts say it is hard to say whether graduates of local schools or international schools have the upper hand. Armstrong Lee, the director of Worldwide Consulting Group, explains that Hong Kong companies still prize English proficiency over Cantonese. However, proficiency in Mandarin Chinese is quickly taking on more importance, given the business sector’s interactions with the mainland.

Mark Leung Yue-kiu, a final-year student in CUHK’s Geography and Resources Management Department, has discovered this the hard way. He recalls his experience of taking an entry examination for a graduate level job at the Hong Kong Trade Development Council which required him to write a letter of invitation in Chinese. As a former international school student, writing in Chinese is a problem for him, so he wrote very little.

Some families make sacrifices to send their children to international schools because they believe it will give them an edge. But it seems that, these days, the international advantage can be a double-edged sword.