The hard left nationalists have a tendency to blame Hong Kong’s colonial past whenever things do not go their way. By now, the infiltration of Western influence and manipulation has become a recurrent theme in their rhetoric, used to stir up anti-colonial sentiments in Hong Kong, especially in the older generation who experienced Hong Kong as a British colony.

Thus when a foreign judge presided over the sensitive case of assault by seven police officers towards an Occupy Central protester, and later convicted the policemen to two years imprisonment, they naturally turned to foreign judges in Hong Kong as their new target. A pro-police protester dressed as a judge and another pretending to hit him in February. Photo: Apple Daily.

Indeed, the common law tradition in Hong Kong is a legacy of our colonial past, and the practice of appointing foreign judges has been in place since colonial times. But today Hong Kong is no longer a British colony. Colonialism is long gone and the city has embraced its colonial history, moved on, and became a cosmopolitan city with its own values and culture.

Just as Hong Kong’s status changed when its sovereignty was transferred back to China in 1997, the significance of appointing foreign judges has also taken up a new meaning today. While the appointment of foreign judges may be a symbol of British control over our judicial system during colonial times, the common law system has now become an inseparable part of Hong Kong. Appointing foreign judges is now a means through which the independent judiciary draws on foreign talent and develops Hong Kong’s jurisprudence.

See also: The Great Police Rally and the rule of law: Why Tian Feilong’s Chinese legal analysis is wrong

Foreign judges are undoubtedly critical to building Hong Kong’s international legal reputation and developing the law. Not only do foreign judges bring with them fresh insights and perspectives to our courts, having an international judiciary also demonstrates diversity and inclusion in our legal system, safeguarding and strengthening the rule of law.

Being able to attract foreigners to sit as judges in Hong Kong is also a reflection and acknowledgement of the city’s status in the international legal world. Facilitating international jurisprudential exchange between Hong Kong and other common law jurisdictions, this judicial exercise shows that Hong Kong is recognised as one of the leading jurisdictions in the world. Just recently, two new non-permanent judges from overseas, Honourable Chief Justice French and Right Honourable Lord Reed, have been appointed to sit at the Court of Final Appeal, with their appointments unanimously supported by all 42 members present at the Legislative Council.

Both are highly qualified and of eminent reputation. Chief Justice French has been the Chief Justice of the High Court of Australia since 2008, while Lord Reed has been a Justice of the Supreme Court of the United Kingdom since 2011 and has also occasionally acted as an ad hoc judge of the European Court of Human Rights. It is without a doubt that their wealth of experience would be an asset to the Court of Final Appeal.

Not only are foreign judges an invaluable source of knowledge and wisdom to Hong Kong, they also play an important role in the operation of our understaffed judiciary.

As the legal maxim goes, “justice delayed is justice denied.” The heavy work burden of the judiciary has been a long-standing problem. Despite improvements in recent years, such as the shortening of waiting times for court hearings and enhancements in judges’ pay packages, judicial resources and manpower are still lacking, and this shortage of manpower will inevitably have an adverse impact on the rule of law. 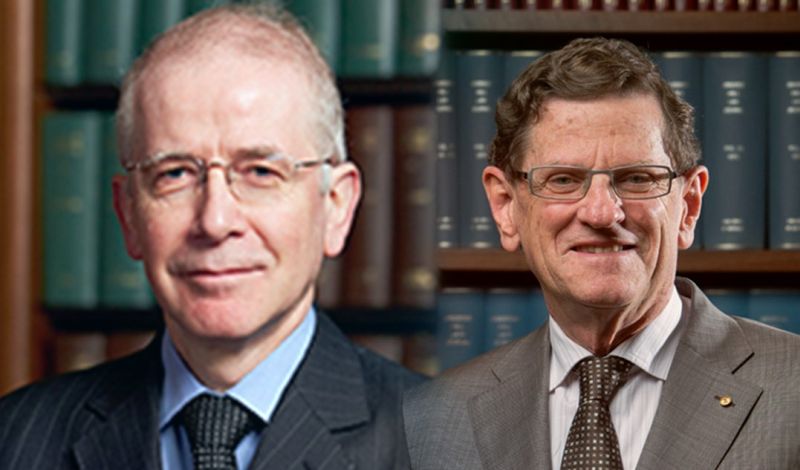 Under such circumstances, there is a need to draw judicial talent from other common law jurisdictions to relieve the judiciary from the substantial amount of work. Apart from sharing their legal knowledge and experience with Hong Kong courts, it should not be forgotten that foreign judges are also a precious source of manpower from a practical viewpoint.

Hong Kong should not be bound by its colonial history, and should readily welcome the recruitment and appointment of foreign judges. The rhetoric by the hard left that foreign judges manipulate and influence the judiciary by making unfair decisions is completely unfounded. Judges are appointed in accordance with their judicial expertise as required by Article 92 of the Basic Law.

And just like any other judge, foreign judges uphold the rule of law based on their legal judgement on the law and evidence and nothing else.

Dennis Kwok is a member of the Hong Kong Legislative Council for the legal functional constituency.

Why foreign judges are critical to Hong Kong's judicial system