South Australia-based artist Joshua Smith has constructed a miniature model of a building on Temple Street. 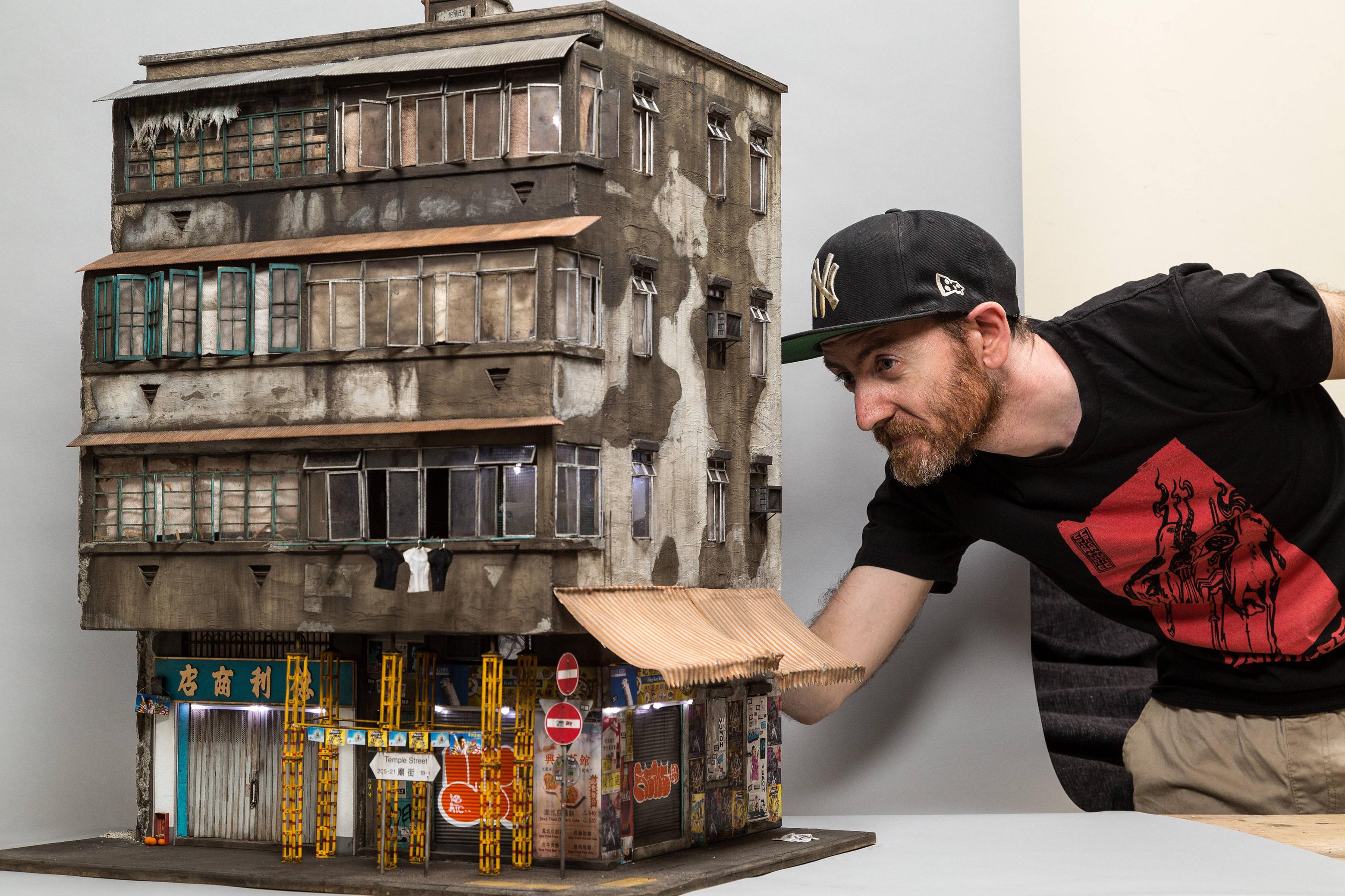 The building is located at the intersection of Temple Street and Hi Lung Lane in Yau Ma Tei, in an area known for its street food and vibrant night market. 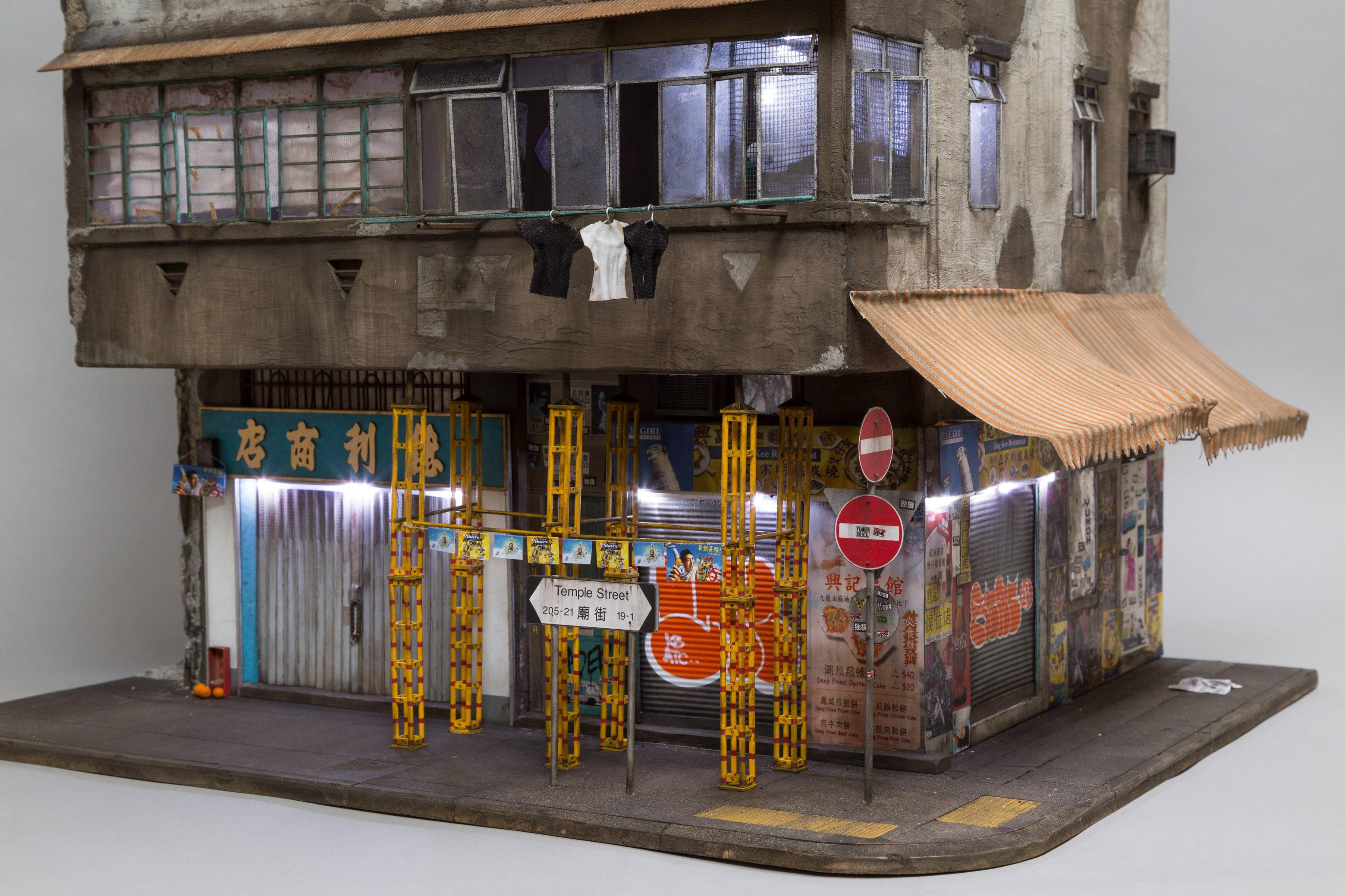 Smith creates his structures using as many reference photos as he can, finding his subjects either in person or by using Google Street View. 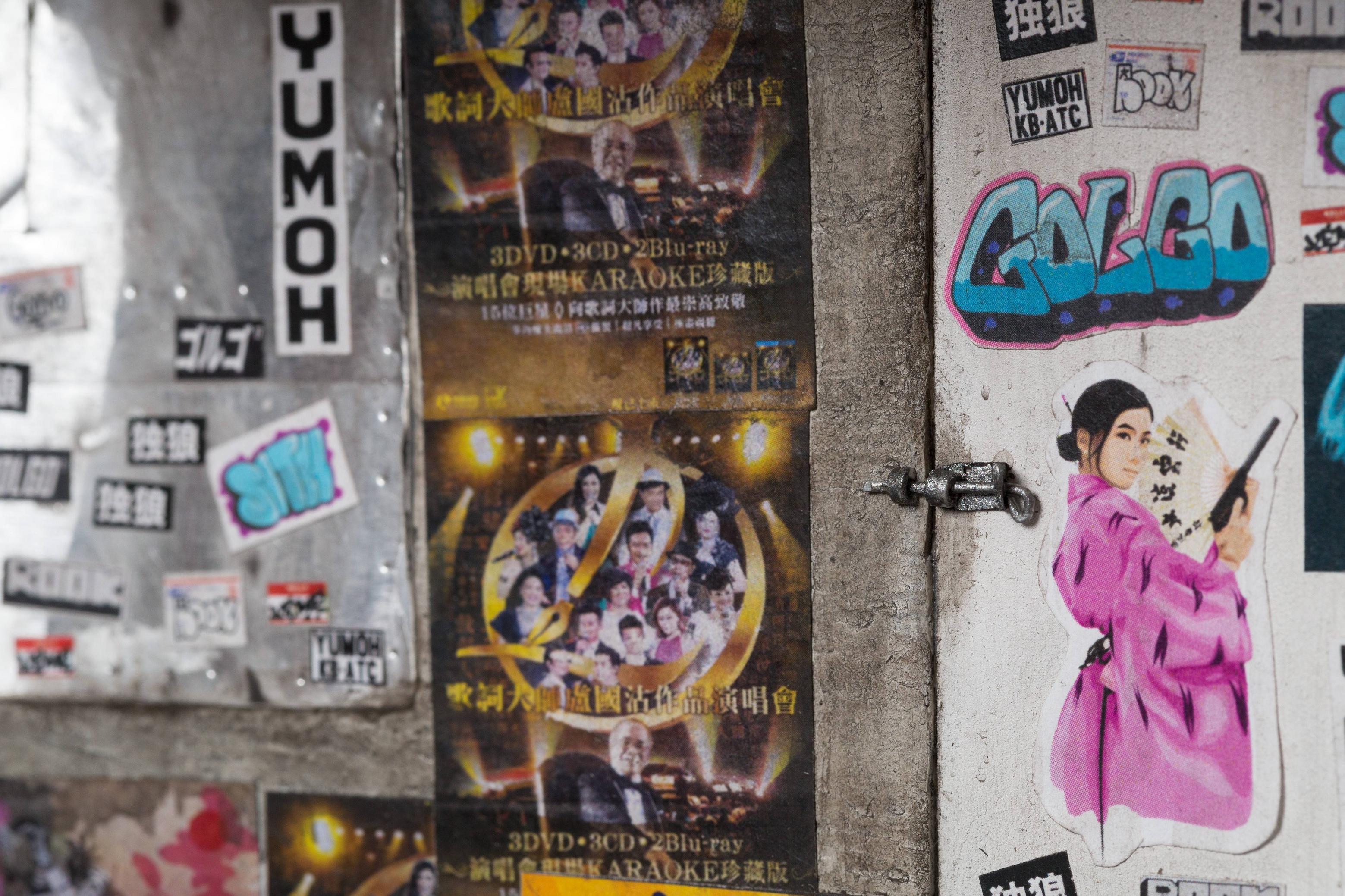 He found the Temple Street building by trawling through the backstreets of Kowloon for hours using Google Street View. When he saw the building, he knew instantly that he had to build it. 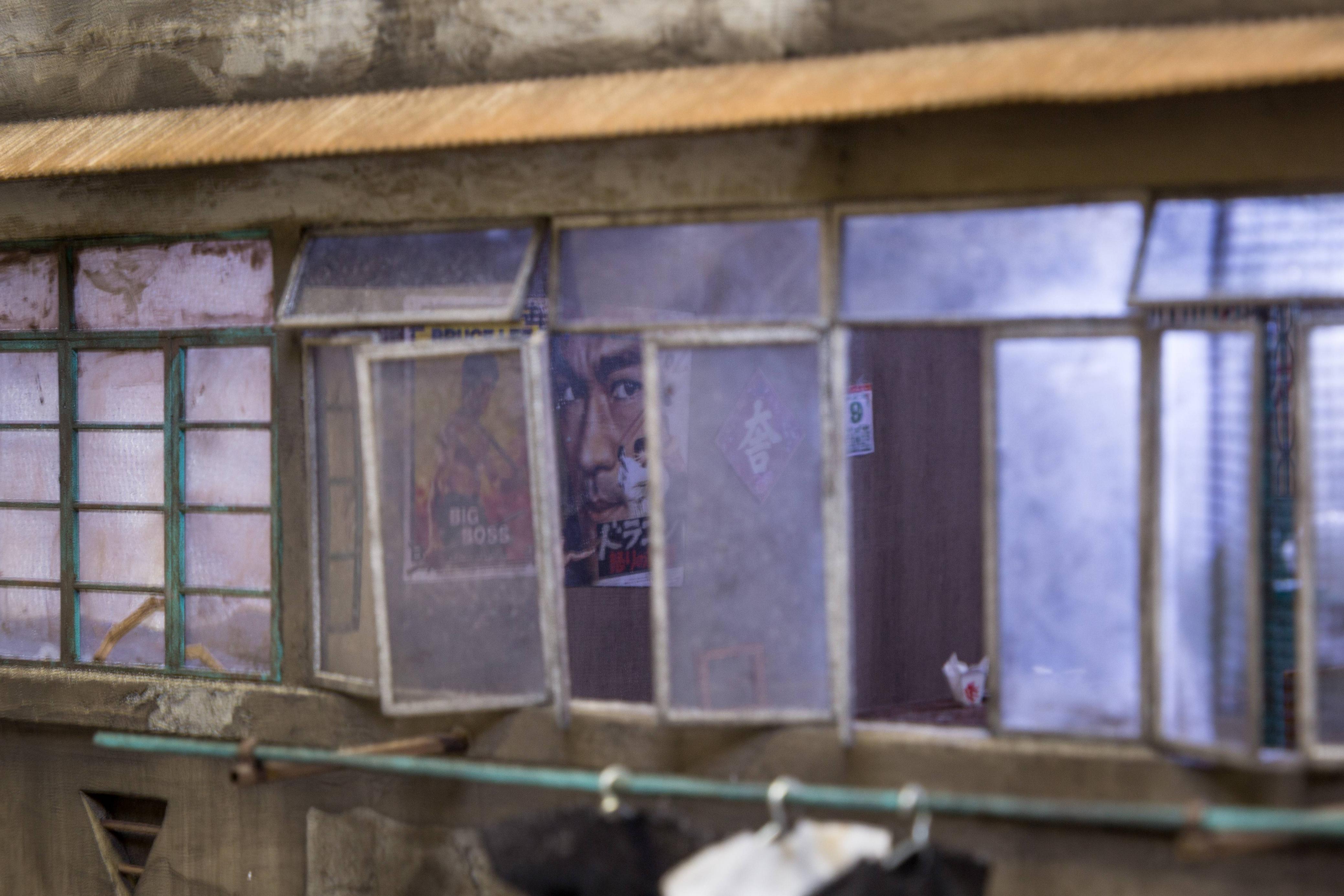 “Everything about it screamed to me that I knew I had to build it. I created the entire building using nothing but Google Street View and reference photos taken by friends visiting Hong Kong as well as Hong Kong-based followers sending me photos,” Smith told HKFP. 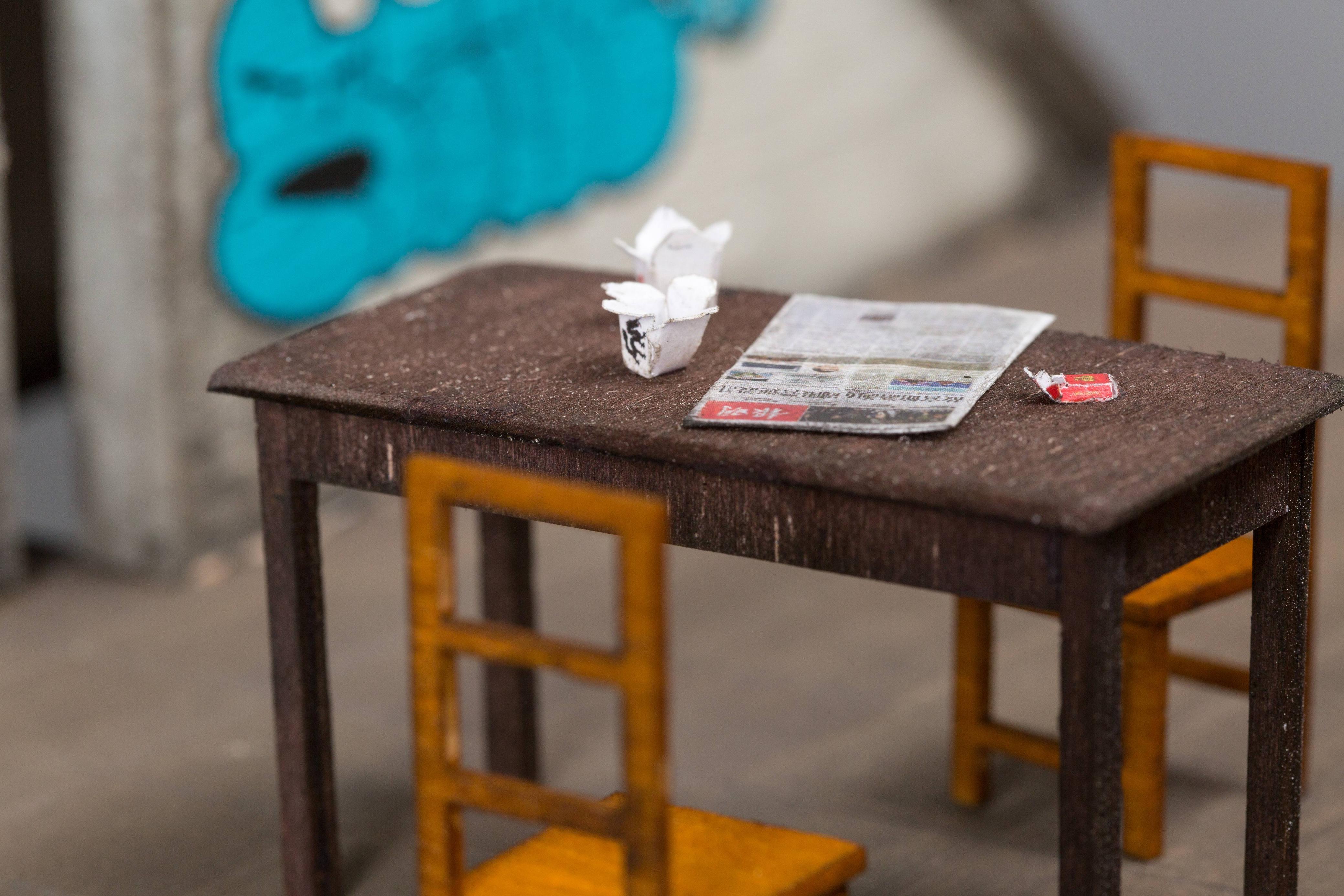 After collecting photos of the building, Smith works out the dimensions of the building using Adobe Photoshop, scaling the measurements down to a 1:20 ratio by using one small aspect such as a door or a brick as a guide. Then he builds the base and the walls and adds windows and window frames. 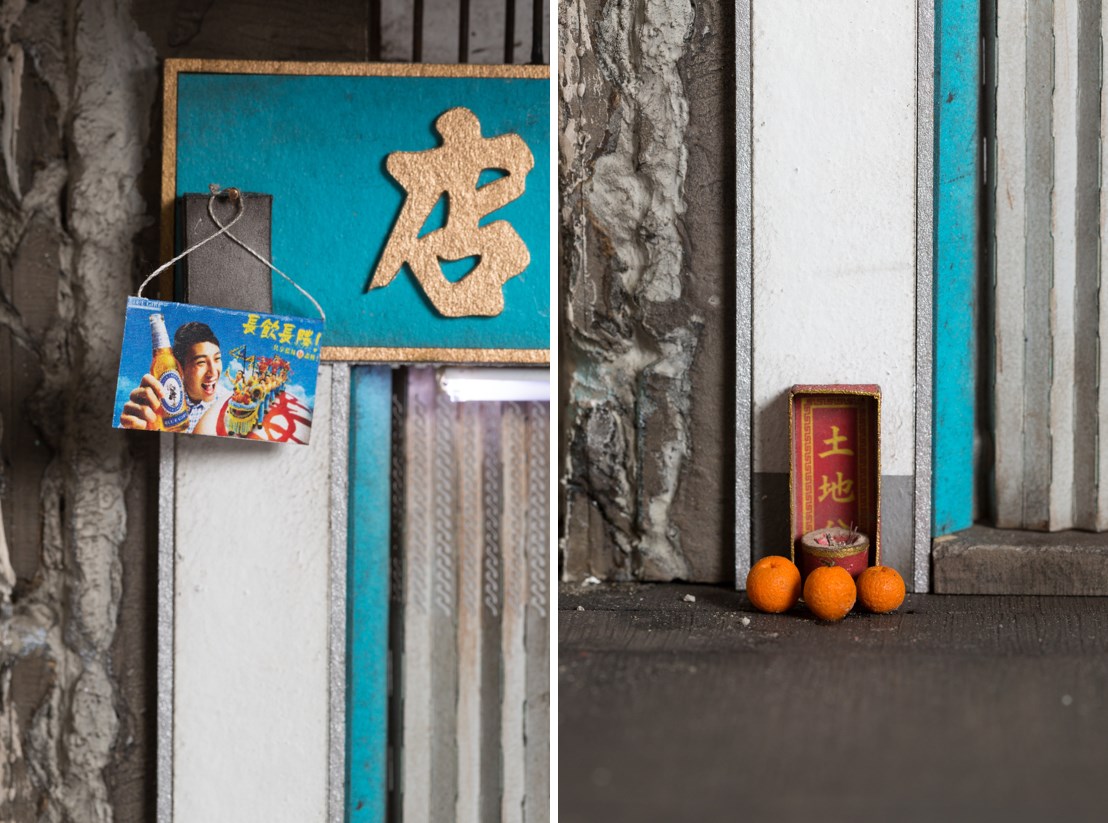 “Elements such as window frames and windows are then created followed by a basecoat of paint and then the weathering process. It is through this process that the building starts to look real,” Smith said. He uses spray paint, acrylic paint, and chalk pastels to create a realistic look. 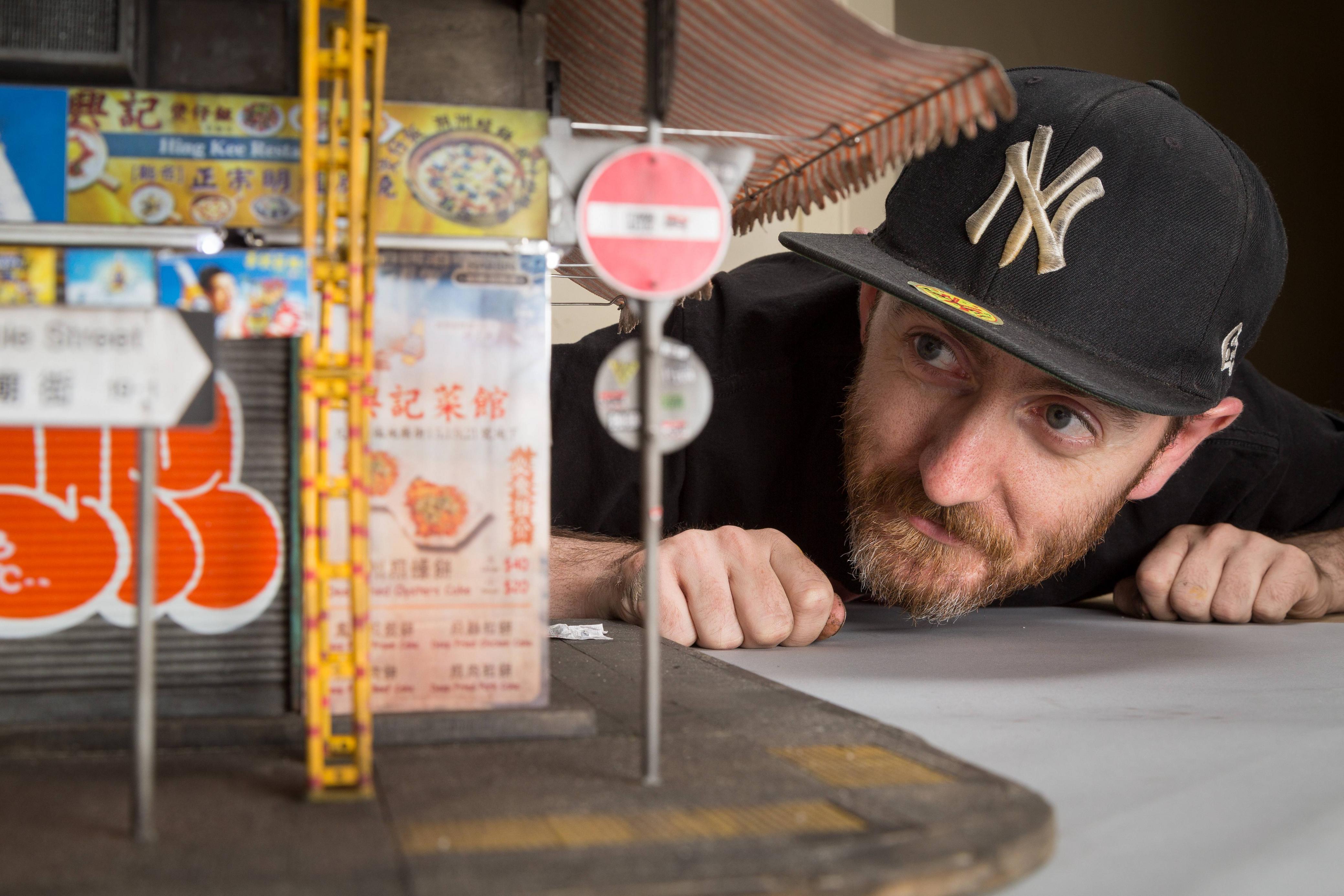 Smith also includes graffiti, street posters, and even tiny details such as gum on the sidewalk, discarded cigarettes and street shrines. The last step is to add lighting and decide how the piece will be displayed.

A former stencil artist, Smith switched to working on miniatures only two years ago. 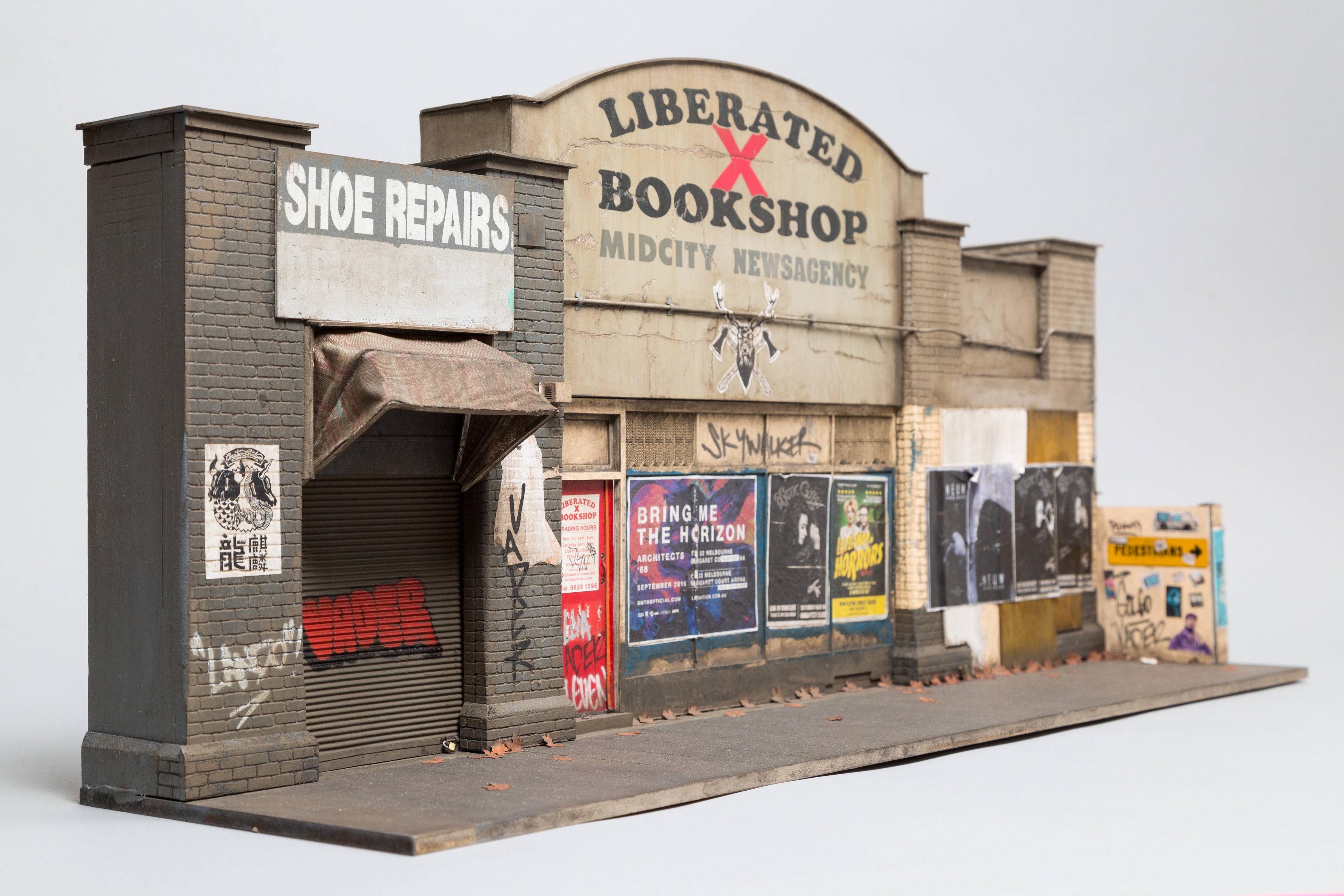 “I think doing stencil art for 17 years really taught me how to have an almost endless supply of patience. I am a very introverted person and very much in my element just creating on my own for hours on end,” he said. 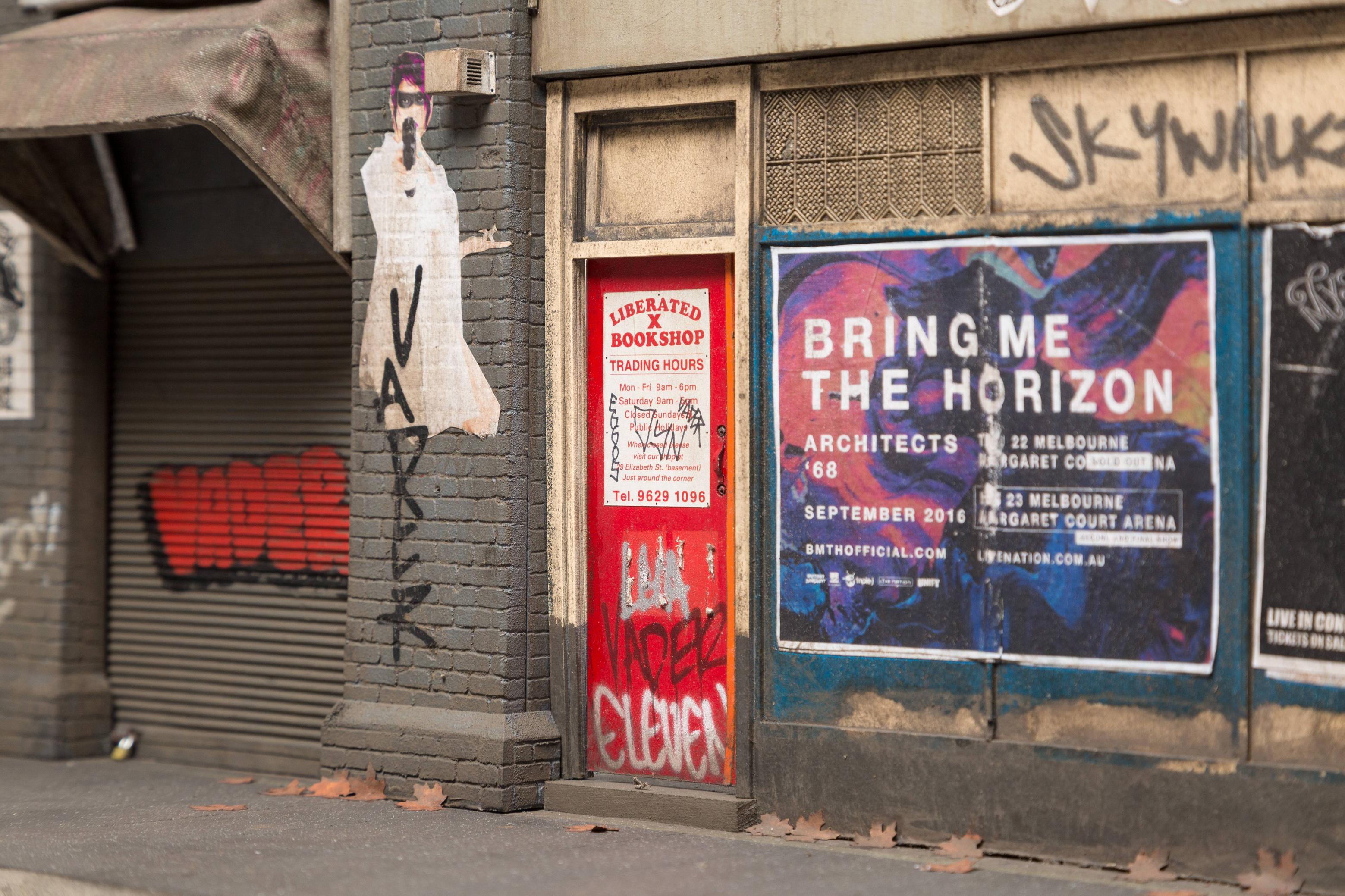 “When I am creating such a large piece as the Kowloon miniature I am very strict and work very long hours, sometimes starting at 4am and working all day.” 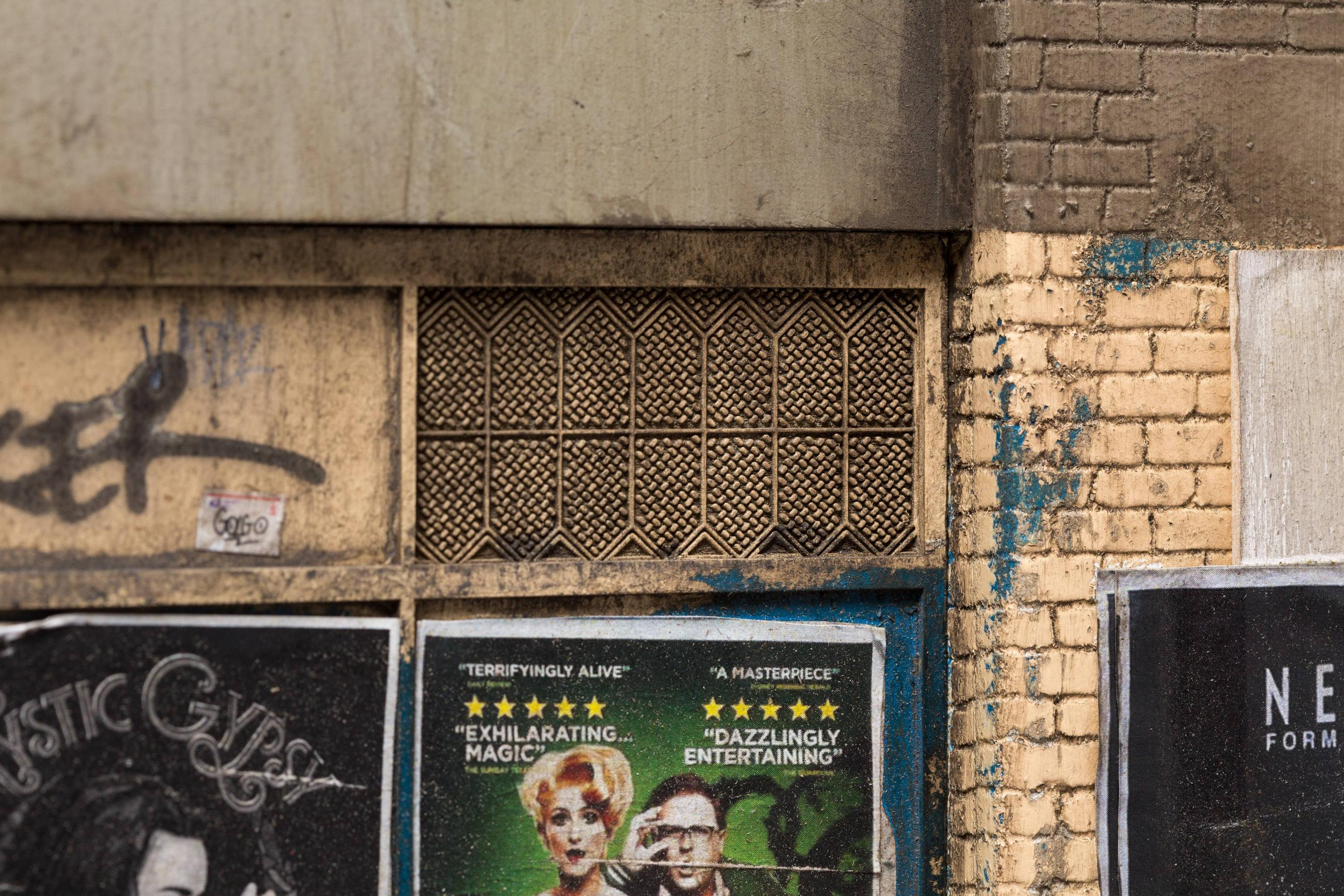 Smith will be re-creating buildings in Port Adelaide and Wollongong in Australia during the Wonderwalls festivals. He said he may be holding an exhibition later this year in Hong Kong. 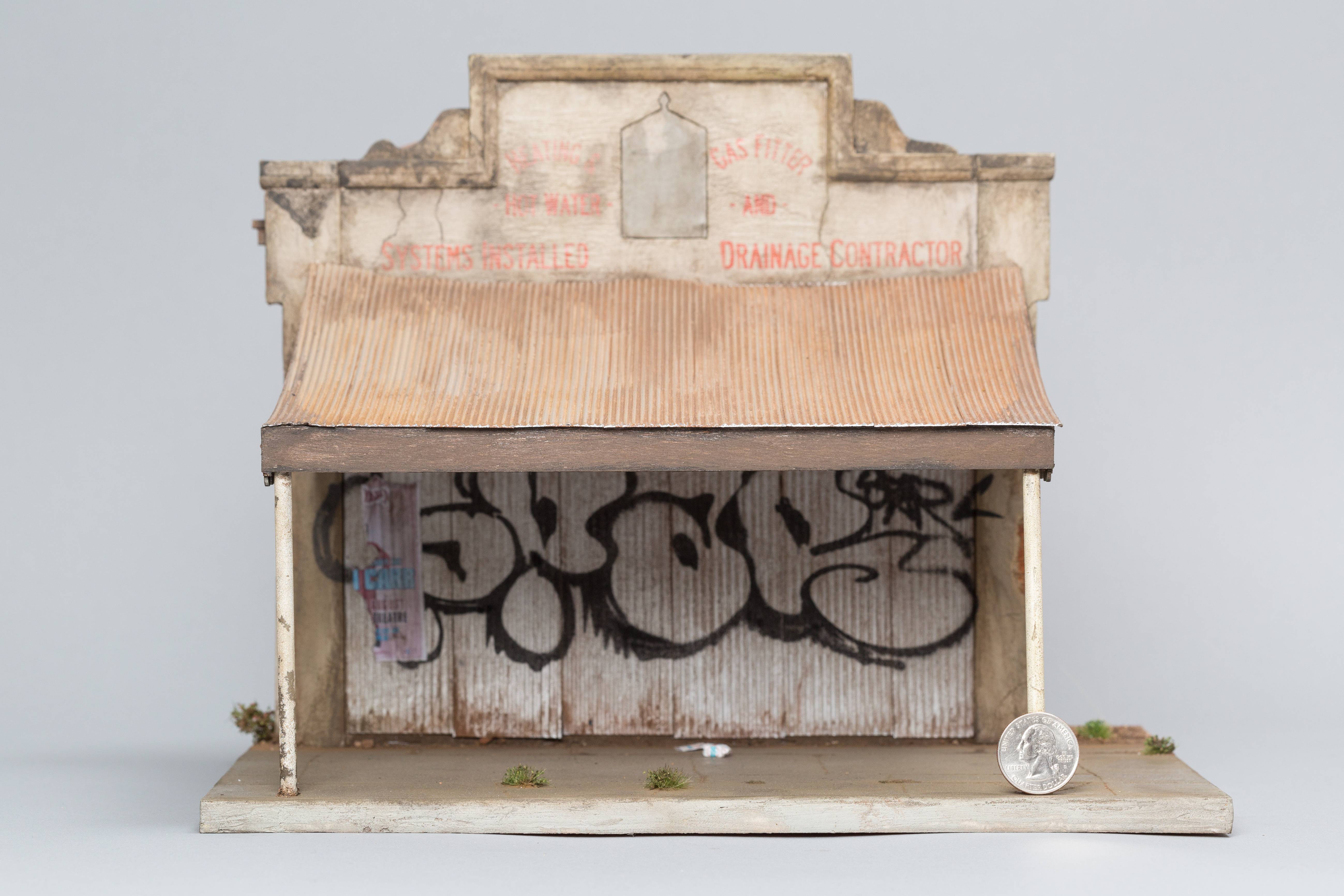 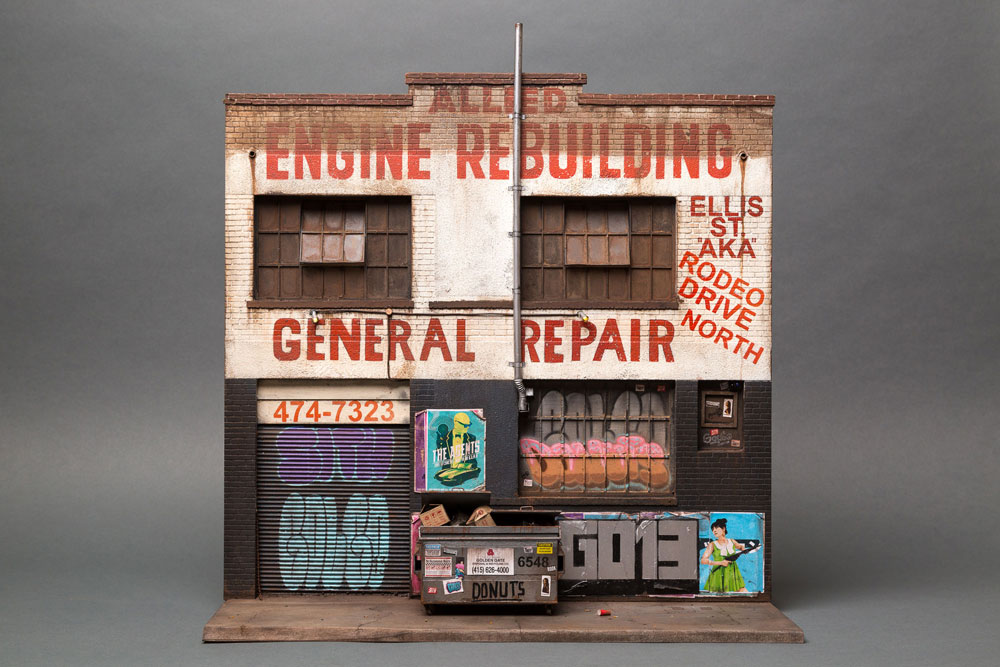 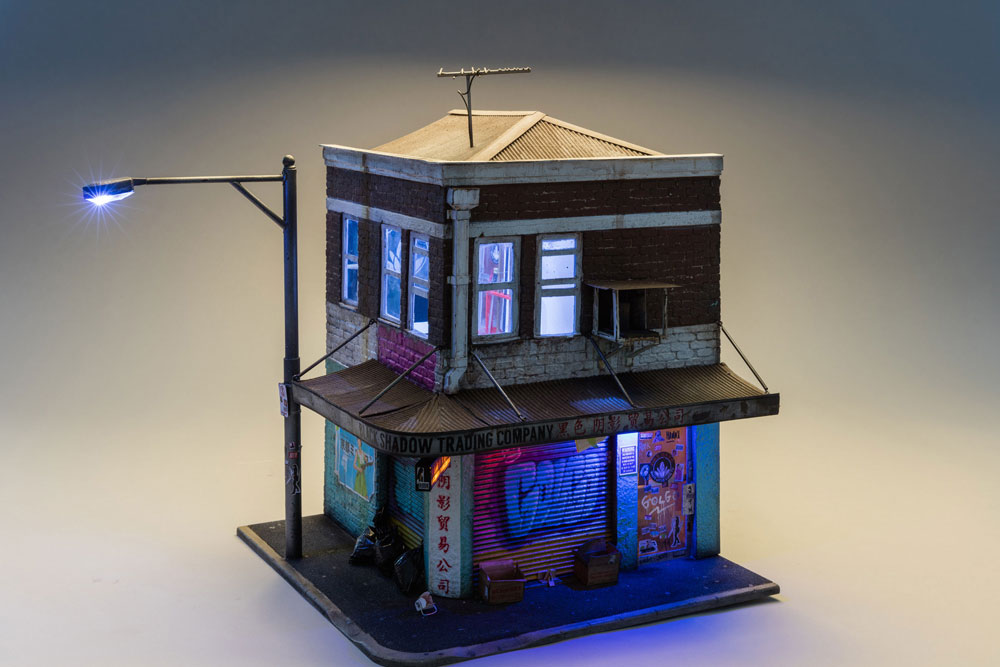