Eighteen people were injured on Friday after a man set a flammable liquid alight on a packed MTR train.

160 police officers were deployed at Tsim Sha Tsui station. One man has been arrested for arson, but is undergoing surgery due to his injuries. [Graphic images below.] 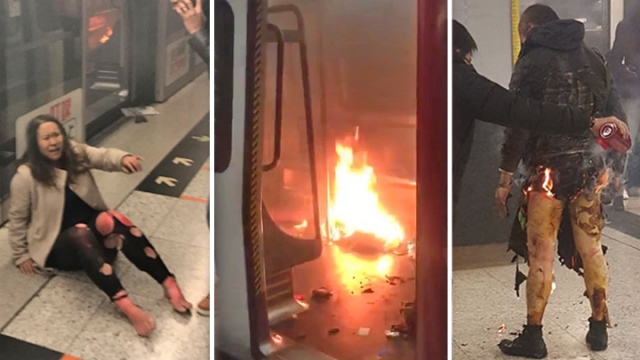 “This is an individual incident, there is no evidence now this is a terror attack,” Yau Tsim District Commander Kwok Pak-chung told reporters. He said a man surnamed Cheung, aged 60, was hospitalised and is suspected to be the perpetrator.

He said the police did not rule out that the man suffered from a mental illness: “We believe he was blabbering… the things he was saying was not very coherent.”

Apple Daily reported that the suspect suddenly shouted “you motherfuckers, I’ll burn you all to death.” Other passengers alleged that he said his son was murdered. Then he took out a glass bottle and poured liquid, before lighting it. The incident occurred at 7.14pm and passengers were evacuated from the station. A police anti-terror team, which was in the area, responded. 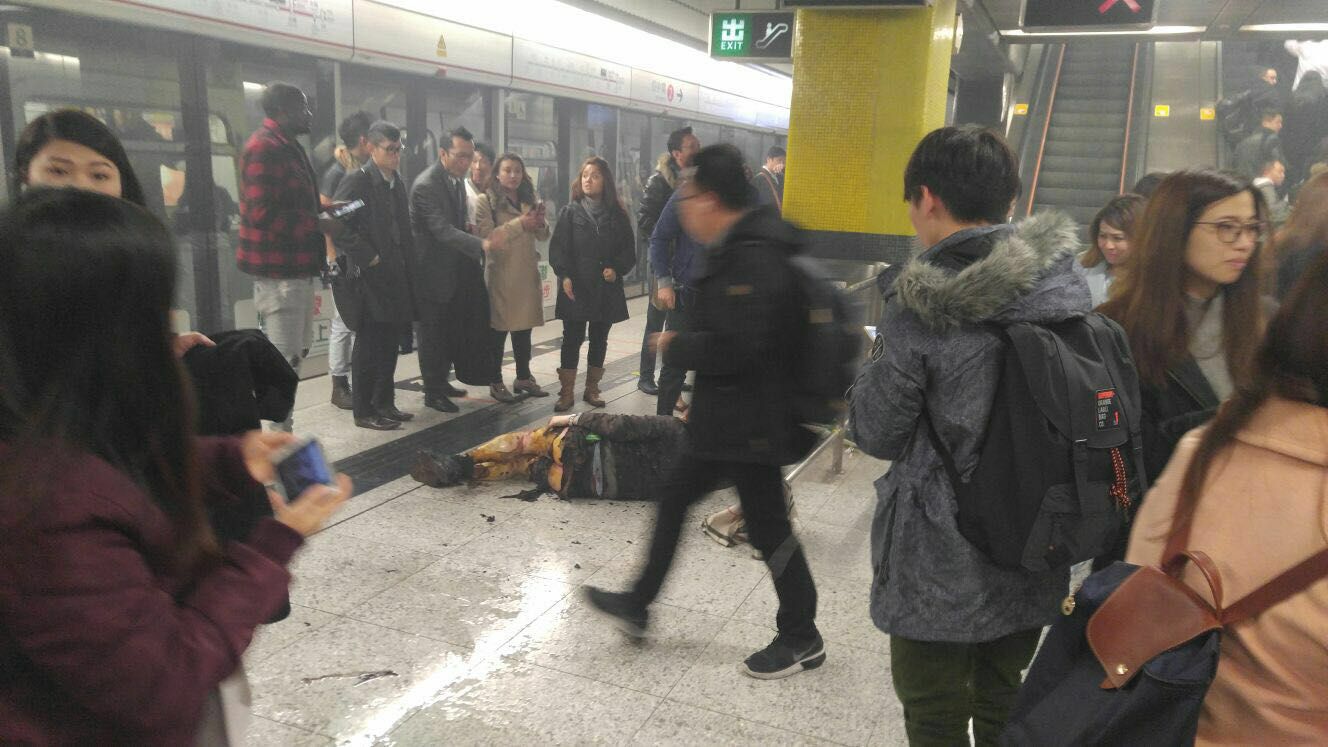 The Fire Service said the suspect lit a flammable liquid, causing the clothing of fellow passengers to catch fire.

The blaze was put out by MTR staff and members of the public using fire extinguishers, before the fire department arrived at the scene. Among those injured was a 16-year-old local schoolgirl, who remains in a critical condition with burns to her face and legs. 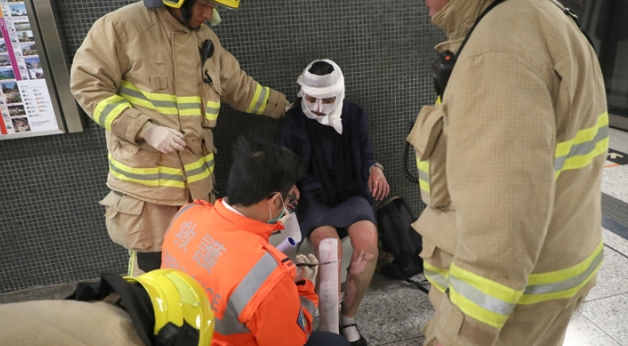 Taiwan’s Central News Agency confirmed that a Taiwanese tourist was also among the injured. “MTR is highly concerned about this incident, and would like to offer its sincere condolences to the injured,” an MTR spokesperson said. 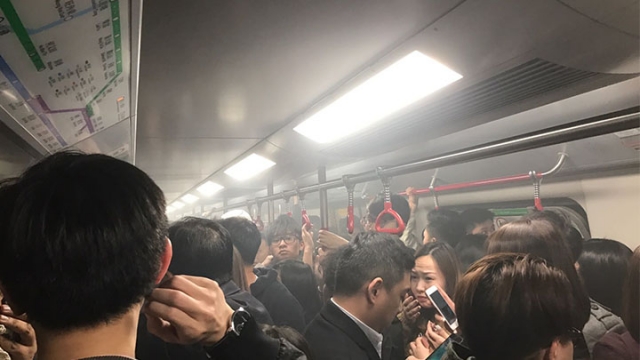 Some of the injured were carried away on stretchers and helped into ambulances on Nathan Road, near Kowloon Mosque. 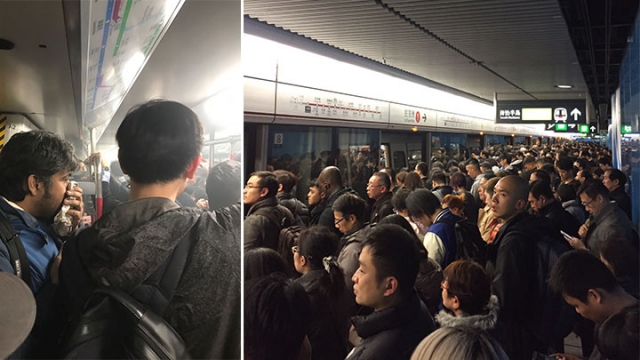 “The smoke came from nowhere and spread very quickly – I just took a photo then I had to use my jacket to cover my nose,” commuter Grace Yip told HKFP. Buses and ferries ground to a halt across the city as commuters sought alternative routes home. Both chief executive contenders Carrie Lam and John Tsang said they felt shocked at the incident, and expressed their condolences to the injured, reported RTHK. The last major fire incident on the MTR took place in 2004, when an arson attack caused 14 minor injuries. The Red Cross has set up a special psychological support hotline on 36281180 to assist the needy.