I don’t know what it is about the Food and Environmental Hygiene Department, but they seem to have trouble with the Chinese New Year. Last year we had a riot over street food. This year we have the curious case of the censored New Year Fair stalls.

Every year there are fairs all over Hong Kong where flower growers sell the seasonal specialities. For a long time, the flower part (unappetisingly labelled the “wet goods area” at my local) has been accompanied by other stalls selling all kinds of knickknacks, mostly balloons and toys of the kind people might be tempted to buy on impulse for their kids. In Victoria Park, the largest fair, there is also a political section, where parties and other groups sell items, usually of a satirical kind, to raise funds. One year there was a mini-scandal over, if I remember correctly, an order for toilet paper with CY”s face on it, which was cancelled at the last minute by the factory in Shenzhen which had contracted to perpetrate this sacrilege. But in the mainland you expect that sort of thing. 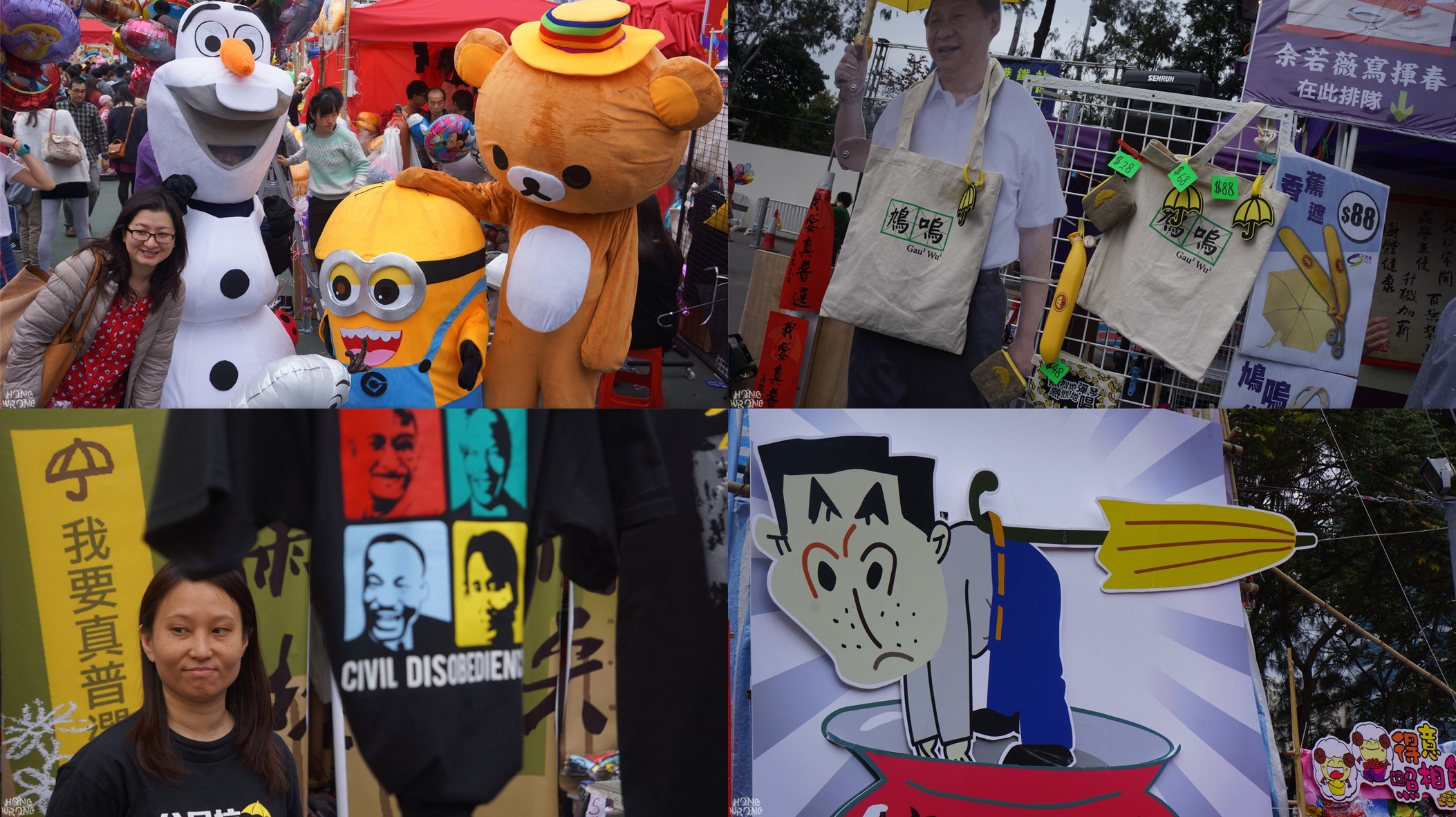 This year’s contribution to seasonal goodwill from the FEHD, which runs the fairs, was to cancel at the last minute two stalls which had been applied for and issued in the usual way, in the political category. The stalls were to be used by Youngspiration and the Hong Kong National Party, which connoisseurs of lost causes will recognise as the two parties explicitly advocating Hong Kong Independence.

The explanation provided by the department goes in part, “We believe the merchandise you will be selling is related to the pro-independence messages that Youngspiration/Hong Kong National Party propagates.” The department went on to say that the sale of such merchandise would “very likely endanger public order and public safety” as the fair would be packed and there would probably be people opposed to such messages. 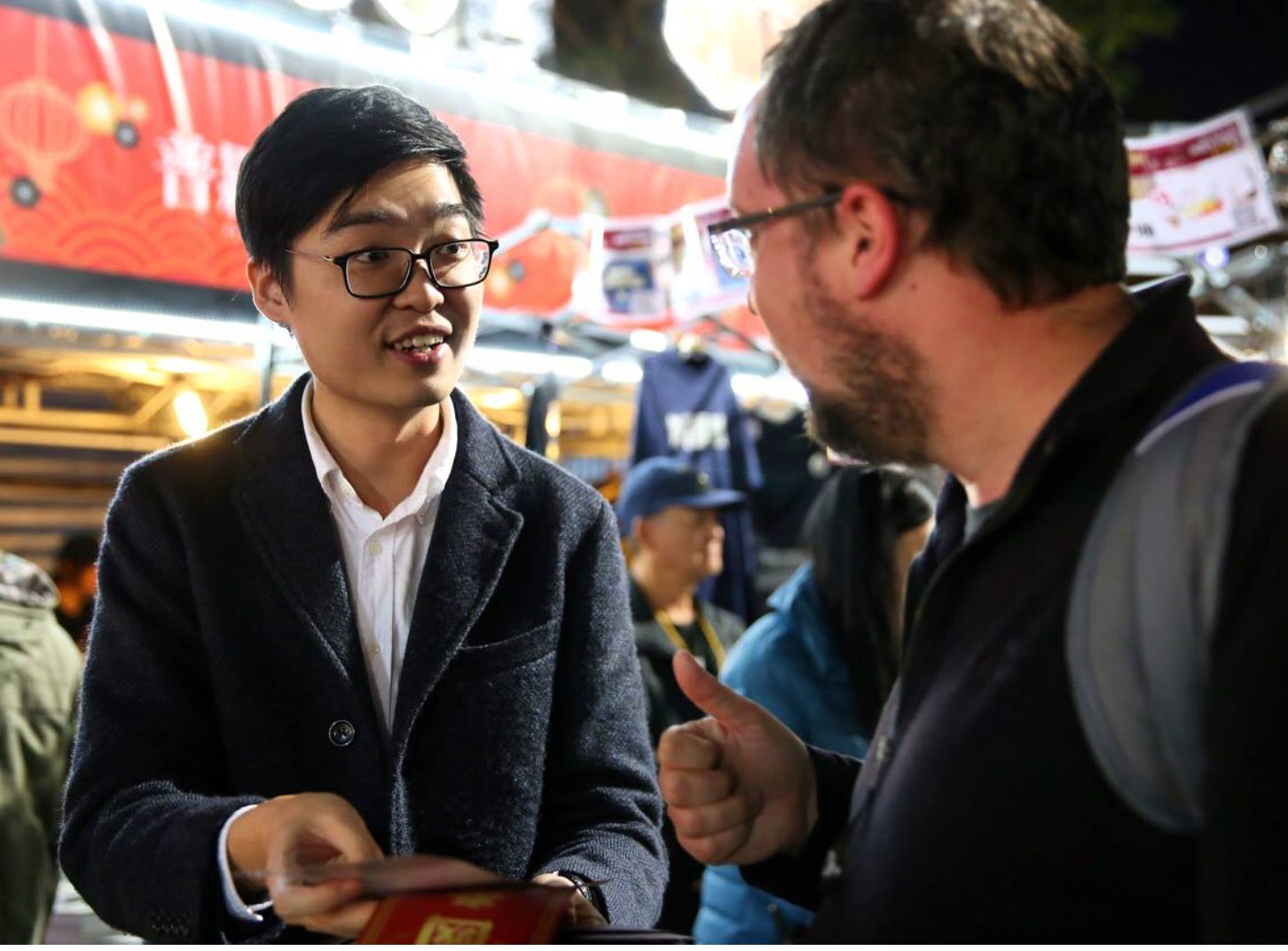 The response of the two parties concerned offered an interesting contrast. The National people came out fighting, condemning political persecution, accusing the “Chinese-colonialist” government of cowardice, and promising to find other ways of selling subversive merchandise. The Youngspiration people, by contrast, sounded a bit bewildered. Apparently they were planning a sort of “bring and buy” sale for local artists, and had no idea what their merchandise would look like, or whether it would relate in any way to independence. 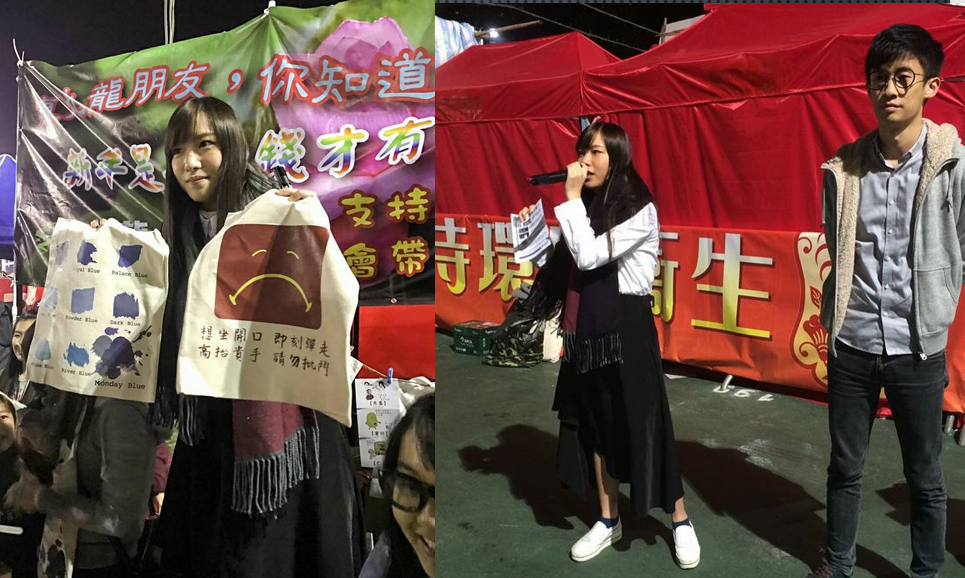 So what is going on here? Well we have two possibilities. One is that the FEHD’s stated reasons are a mere excuse, and this is a part of the continuing attempt by our government to use any and all means available to hamper and persecute anyone identified with independence, in obedience to instructions given in public by several senior Chinese officials. The real objection to the stalls is not that they are a threat to public order, but that they would raise funds for a cause which the government disapproves of. After all if motivated by a real concern about public order you would not deal with it in this way. You would go along to the stall when it was setting up and look to see if your worries were justified, and take the matter up with the stallholder if they were.

Some years ago I remember a row about a clothing line in a local store which was held by some to be reminiscent of SS uniforms. I did not agree with this, but at least the people who did took the trouble to go to the shop and look at the stuff before they complained. So I fear the National Party people are probably right in thinking that they are now a target, the quarry in a hunt which all government departments are expected to join. 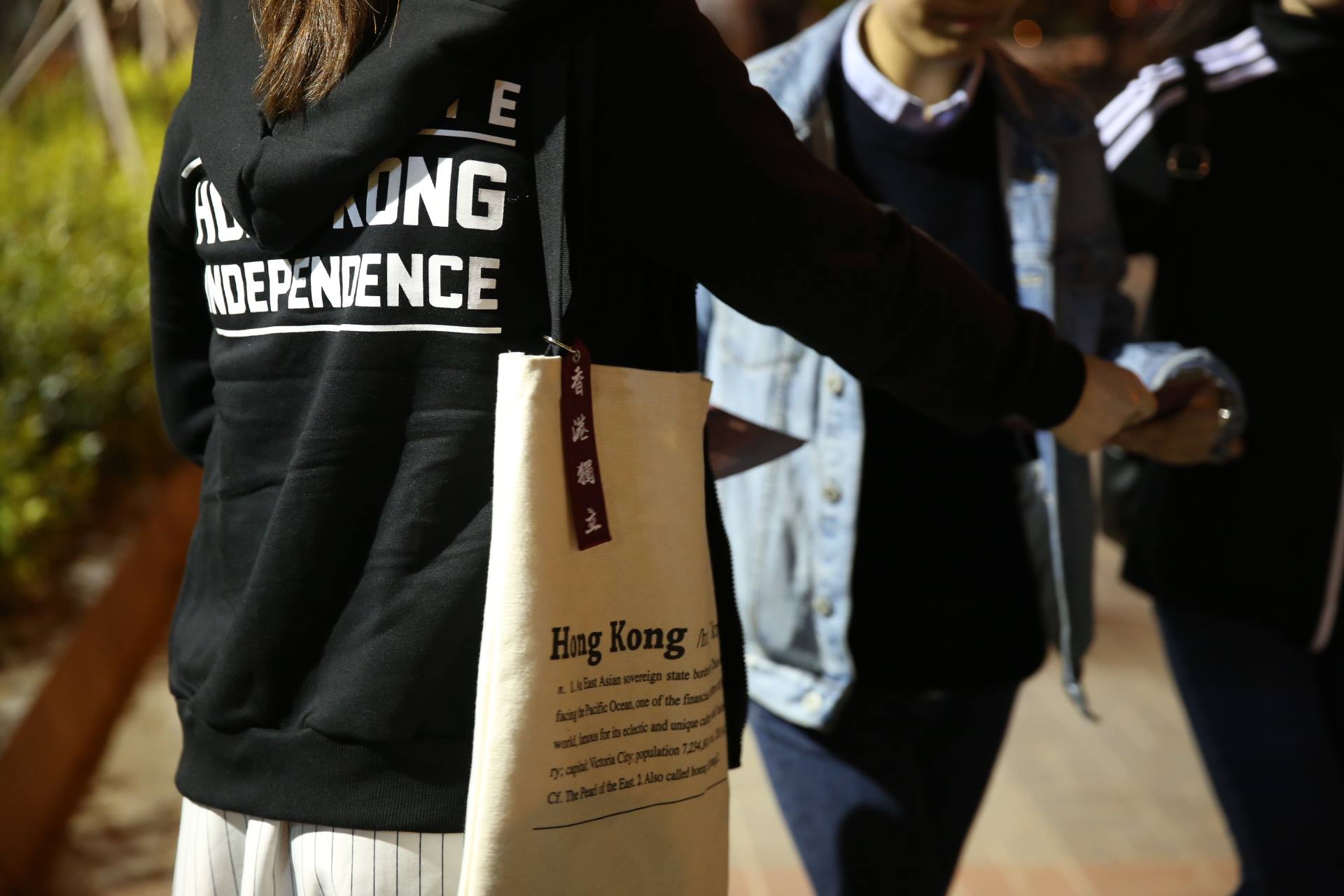 This is disturbing because the provision of public services should not be subjected to this sort of political test. Are conspicuous members of the National Party, or others the government disapproves of, going to find that they cannot rent a hall or a ping pong room, get a driving permit, a passport, a dog licence?

The alternative explanation is that the FEHD is being entirely truthful, and are really worried about public order. But this is equally disturbing.

Advocating independence is not in itself illegal. It is controversial, but so are other things like holocaust denial, homophobia, opposition to abortion or calling for a reappraisal of the Tienanmen massacre. People have a right to express their views on controversial matters peacefully in public places. In recent years one of the threats to that right has been the appearance of small gangs of violent old men bent on suppressing the expression of views they disapprove of. A government which aspires to the rule of law should be opposing that sort of thing, not appeasing it. In any case public order is a matter for the police. There is no suggestion in the communication with the parties concerned that the FEHD consulted anyone else before deciding on its own distinctive contribution to public safety. This leaves one, I am afraid, rather doubtful about its own version, and leaning towards the explanation that the reasons offered were not the real reasons, and the FEHD believes – as so many people do these days – that misleading people in general is not lying, it’s public relations. 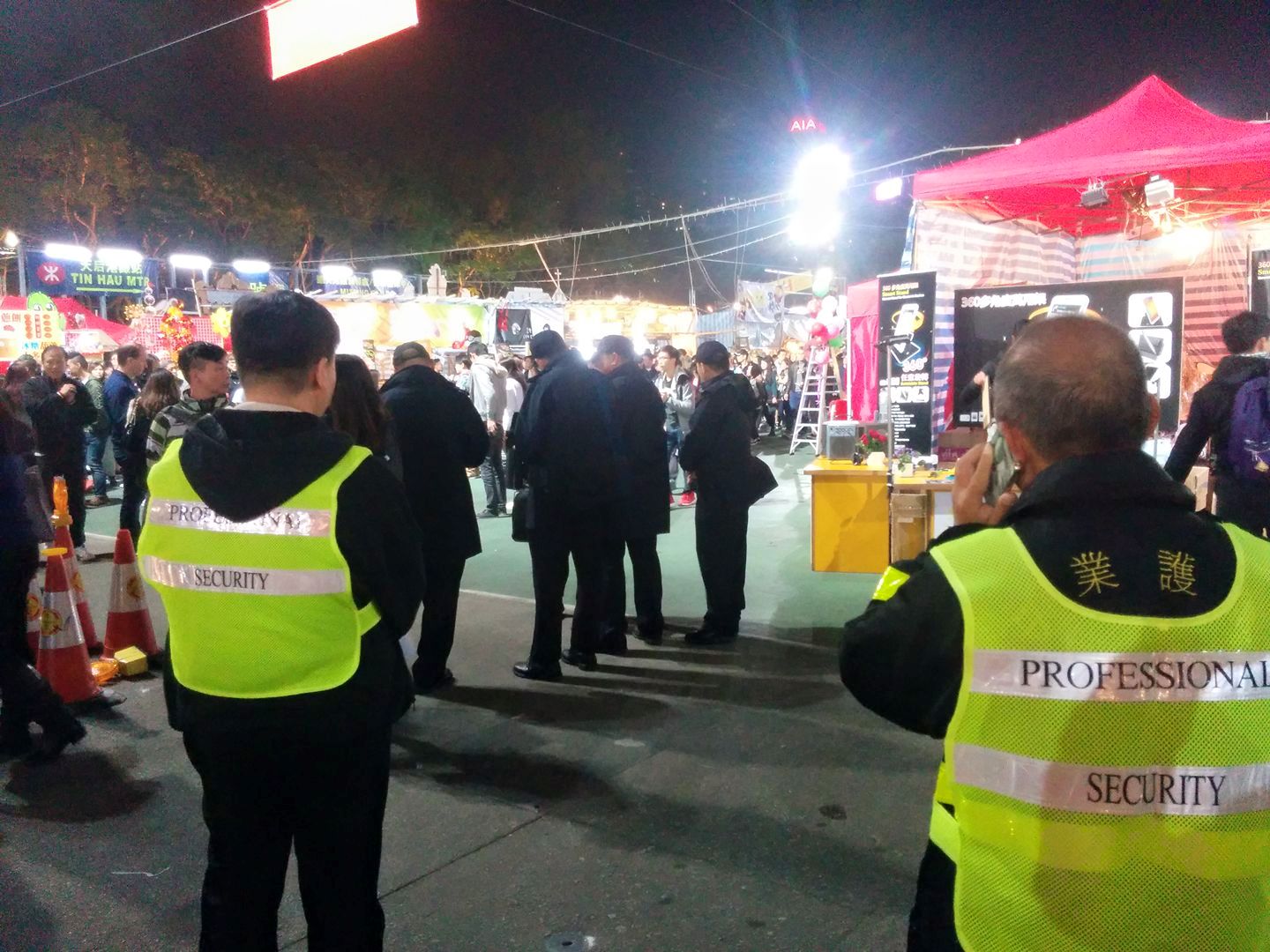 The paradoxical result of all this is a boost for the independence people. It is frustrating that our government apparently cannot get this point. The argument for independence is that we do not enjoy the high degree of autonomy which we were promised. This argument is dramatically reinforced every time the government is seen to be pandering to the prejudices and opinions of Chinese officials. No doubt losing their stalls will cost the independence advocates some money. But a prime piece of propaganda by deed is priceless. Another “own goal” for the away side.