Chief executive contender John Tsang said his call for “respite” in society was aimed at preventing further infighting. He first called for a temporarily halt to engagement on controversial issues when he announced his campaign this week. But rival Carrie Lam and incumbent Chief Executive Leung Chun-ying soon questioned his stance.

In a Facebook note on Saturday, Tsang said: “I must clearly state that respite means stopping infighting. Otherwise, if infighting continues, policies cannot be pushed forward – it will affect Hong Kong’s competitiveness… In fact, every political camp is tired of the splits and confrontation over the past few years, only a minority of extremists are still interested in that.” 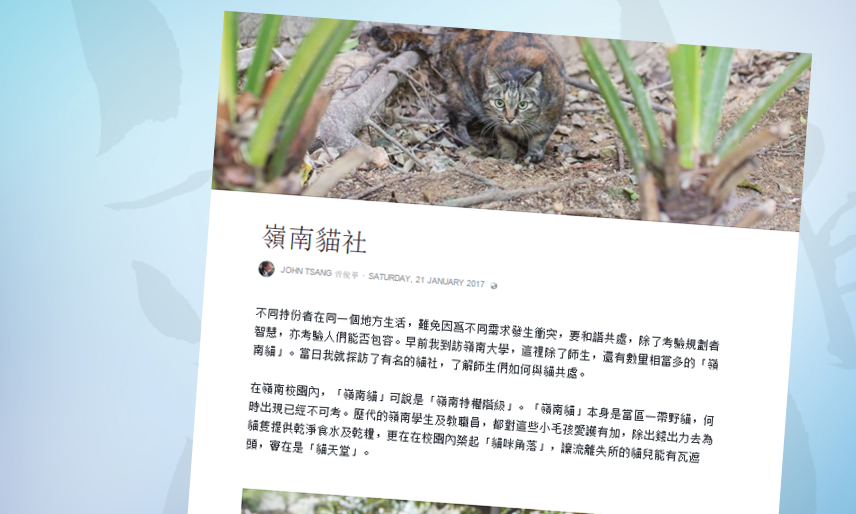 “To let society rest – it is not only the wish of the absolute majority of Hong Kong people [but it is] the only way for Hong Kong to move forward.” Meanwhile, Carrie Lam was ridiculed online for apparently having little knowledge of the city’s MTR system.

During a visit to Ap Lei Chau on Friday, she entered Lei Tung station to take the new South Island Line. She said: “New station, Wong Chuk Hang,” when she saw a poster that read Wong Chuk Hang, but a citizen corrected her saying it was Lei Tung, according to TVB footage.

When she arrived at Admiralty, Lam put her octopus card over the turnstile, but did not realise she could proceed. An assistant told her: “It’s ok, you can pass” and gave her a slight push. “You don’t know how to use Octopus Card, how much do you know about people’s difficulties? We don’t want a chief executive living in the sky,” one online commenter said.

“Even if you are putting on a show, please do some preparation. If you fail when you actually do it, it just looks more ridiculous,” another said.

The scene echoed a similar incident in the US presidential race last August when Hilary Clinton appeared to struggle with entering New York’s MTA metro system.