Several activists were arrested in the early hours of Wednesday for alleged participation in an unlawful assembly. In all, seven were sought by police after they demonstrated against an impending Basic Law interpretation by Beijing two months ago.

The police told HKFP that the Crime Hong Kong Island Region, with the Organized Crime and Triad Bureau, arrested seven men between 17 and 29 on Wednesday morning. The arrested were allegedly involved in unlawful assembly, disorder in public places, and possession of offensive weapon.

Derek Lam Shun-hin and Ivan Lam Long-yin, both of the pro-democracy Demosisto party, were arrested at 6am in their homes, a social media post by the party said. The pro-democracy League of Social Democrats said in a social media post that the police attempted to arrest two members – Dickson Chau Ka-faat and Chan Man-wai – but neither were home at 6am. It said Chau’s room was searched and both will report to a police station later on Wednesday. Chan has since arrived in Sham Shui Po Police Station.

The party’s chairman Avery Ng Man-yuen was arrested during the march at the time.

The group Student Fight for Democracy said that the police made an attempt to arrest to its convener Sammy Ip, who will also report to a police station on Wednesday. The group said its member Lo Tak-cheong will also be arrested. 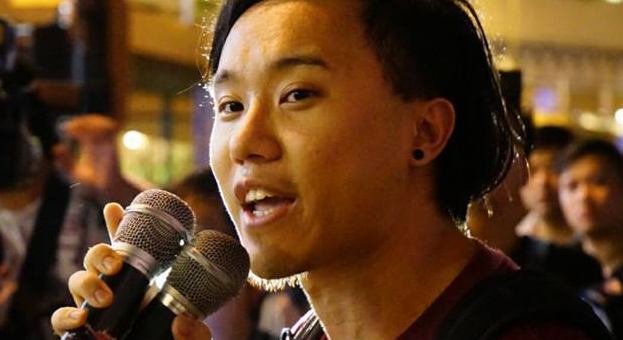 The activists were arrested for their alleged participation in an unlawful assembly on November 6 last year.

At that time, Demosisto, League of Social Democrats, Labour Party and Student Fight for Democracy organised a protest outside the China Liaison Office following a march opposing the upcoming Basic Law interpretation by Beijing.

The ruling was issued hours later, eventually prompting the disqualification of democratically-elected lawmakers.

The arrests came after Demosisto’s own lawmaker Nathan Law Kwun-chung was attacked at the airport on Sunday after he returned from a forum in Taiwan.

A group of pro-Beijing protesters attempted to assault him at the airport’s arrival hall. His shirt was torn and his glasses flew off, and he was also sprayed with a liquid. Photographs presented by Law at a press conference on Monday showed that he was sporting a large red bruise near his neck, as well as multiple bruises on his limbs. Law and other pro-democracy lawmakers have questioned police arrangements for protecting Law, despite having been given prior notice of the circumstances. The police, in response, said Law ignored their advice not to meet the press at the arrival area.

Two men have been arrested in connection with the attack on Law.

Joshua Wong Chi-fung, secretary general of Demosisto, linked the activists’ arrests to the court case to be heard next month, in which the government applied to disqualify four lawmakers including Law. The arrests were intended to create public pressure, he said.

“I hope the public can distinguish between civil disobedience – protesters who insist on non-violence principles – and ‘blue ribbon’ thugs who beat up lawmakers,” he said.