Like many four year olds, Sethumdi says she dreams of meeting Father Christmas.

But her future is uncertain as her refugee parents fight for a new life abroad after they sheltered fugitive whistleblower Edward Snowden in Hong Kong. The story of how impoverished refugees helped Snowden evade authorities in 2013 only emerged in September, propelling them into the media spotlight.

Former National Security Agency contractor Snowden hid out in Hong Kong where he initiated one of the largest data leaks in US history, fuelling a firestorm over mass surveillance.

After leaving his initial hotel bolthole, he went underground, fed and looked after by some of the city’s 11,000 marginalised refugees.

Snowden now lives in exile in Russia where he has sought asylum.

They hope the awareness raised by the Snowden story might lead to a better life. The family wants to go to Canada, which has a track record of taking in refugees. 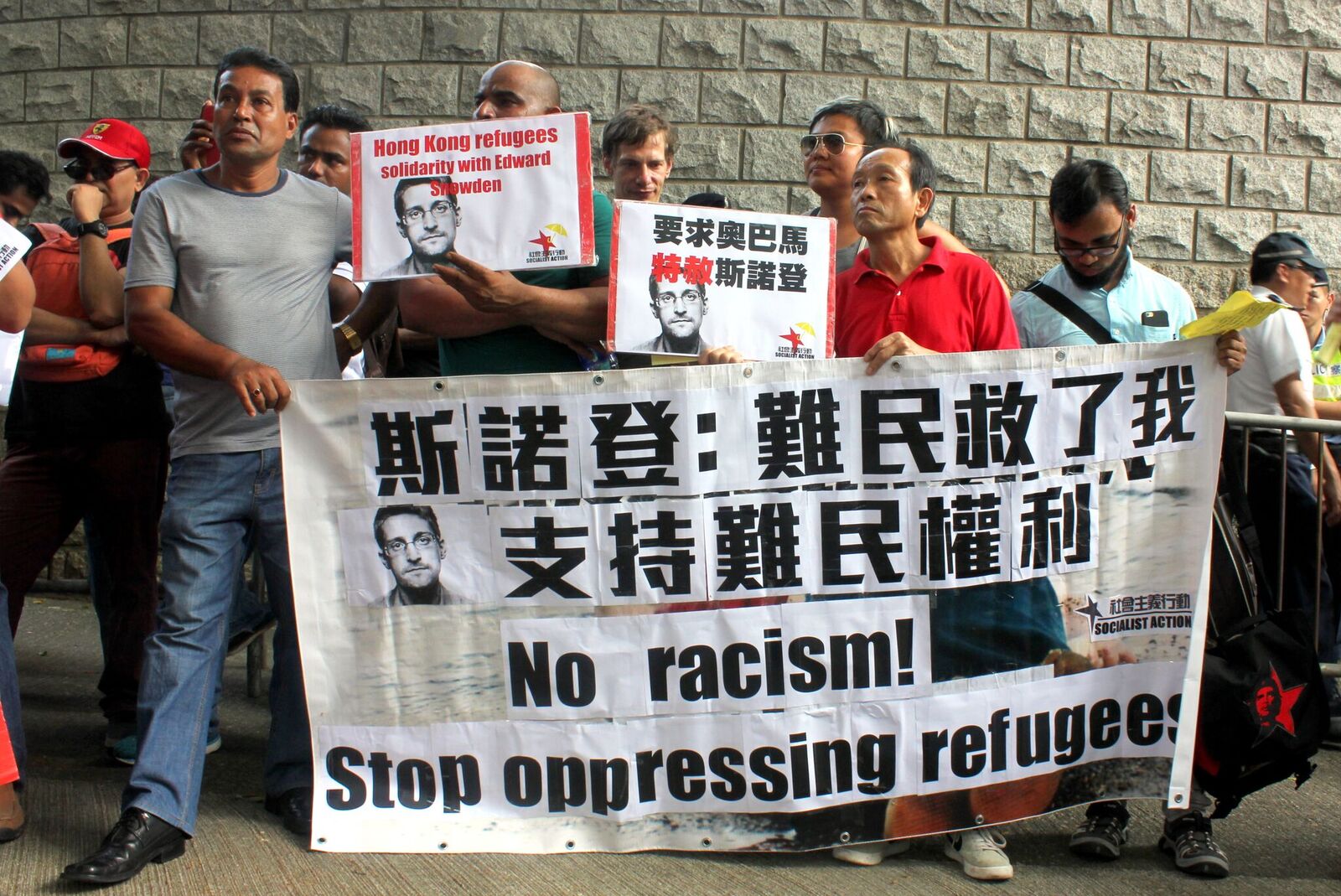 Supun, 32, says he is proud to have helped Snowden and happy their case has gone public.

“Before, we just tried to survive day by day. Now I have hope,” he says.

Hong Kong is not a signatory to the UN’s refugee convention and does not grant asylum.

However, it is bound by the UN Convention against Torture and Other Cruel, Inhuman or Degrading Treatment or Punishment (UNCAT) and considers claims for protection based on those grounds. It also considers claims based on risk of persecution.

Like Snowden’s hosts, many refugees spend years in limbo, hoping the government will support their claims.

After government screening, claimants found to be at risk of persecution are referred to UNHCR, which can try to resettle them to a safe third country.

But with fewer than one percent of cases successfully substantiated by Hong Kong authorities, most refugees live in fear of deportation.

Supun and Nadeeka, 33, are awaiting a decision on their claim and say their lives would be in danger if they returned to Sri Lanka.

Nadeeka fled after she was repeatedly raped, Supun after he was a target of politically motivated violence, according to their protection claim.

They are banned from working because they have no official status and receive government handouts they say do not meet their basic needs.

Nadeeka says she has been quizzed about Snowden by the Hong Kong branch of NGO International Social Service (ISS) — contracted by the government to take care of refugees.

She also says her case worker recommended she have an abortion when she was three months’ pregnant with Danath.

ISSHK told AFP it “completely denies” that allegation, and has rejected assertions by the refugees and their lawyer Robert Tibbo that it has breached its obligation to provide them sufficient humanitarian assistance.

But Supun feels refugees in Hong Kong are treated “like animals”.

The refugees initially had little idea of who Snowden was and Tibbo has been criticised for involving them. He played a key role in protecting Snowden in Hong Kong and asked his refugee clients to take him in.

“They just saw a man who was distressed and in need. They wanted to help,” he says.

Tibbo feels he owes them a “moral debt” and is determined to get them resettled abroad.

“But for these heroic families, I’m not sure Mr Snowden would have made it out,” says Tibbo.

Vanessa Rodel from the Philippines says she has no regrets about taking Snowden in.

She is also battling ISSHK over what she and Tibbo say has been inadequate support for her family: four-year-old daughter Keana, and elderly mother Rosalina.

Rodel, 46, says she hopes her case will lead to wider improvements for refugees in Hong Kong.

She too dreams of a new home in Canada — as does Ajith Pushpakumara, a former Sri Lankan soldier, who also sheltered Snowden. In the meantime, Vanessa says her family will enjoy Christmas as best they can.

She has decorated a tree at home. Keana says she is hoping for a toy pony.

“Next year my dream is to go to another country, for my safety, for my freedom,” says Rodel.

“I want to do good things for my daughter, and stand by myself.”