Chatting with the lawyers during the breaks for a cough and a drag, or whatever judges get up to at half-time, one gets the impression that the judges, who have already read the documents in the case, do not take much interest in the oral part of the proceedings. Not this time, it seems.
The case was the appeal by two lawmakers, or non-lawmakers depending on your point of view, against their summary disqualification for frisky variations on the Legco oath. Swimming manfully upstream on behalf of Sixtus Leung, one of the two, was Senior Counsel Hectar Pun. Mr Pun was arguing that the interpretation provided in mid-case by the Standing Committee of the NPC was not relevant. At this point, the Chief Judge of the Court of Appeal (I assume this gentleman corresponds to the Master of the Rolls in the English system) Andrew Cheung intervened. I quote the Standard: “Cheung questioned on what grounds he could say the interpretation was an amendment, since the mainland used civil law system, while Pun and the justices were working under common law. Cheung said Pun was ‘patronising and presumptuous’ by characterizing the interpretation as an amendment without understanding civil law.

“Cheung went on to ask Pun further questions about the interpretation, and then moved on to senior counsel Philip Dykes with the same question. Mr Dykes, representing Yau Wai-ching, refused to answer on the grounds that in his view also the interpretation was irrelevant.

Never mind the technicalities, feel the rhetoric. Patronising and presumptuous? By the sleepy standards of courtroom chat this is fighting talk. Judges generally do not provide this sort of commentary on the matters put before them, for good reasons. An intervention on such a scale suggests to the layman, who is not aware of the extraordinary control that judges exercise over their own mental processes, that the judge is approaching the matter before him with something less than a completely open mind. What I find particularly objectionable about this little debate is the gross unfairness displayed to civil law systems, a perfectly respectable category in which China’s should not be included. 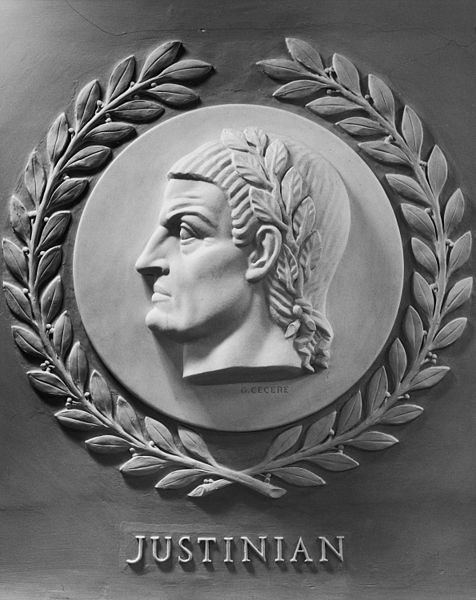 A little history is needed here. Legal systems generally come in two categories. Common Law systems are descended from the English system and are found in former British colonies, and the former colonies of former British colonies. While the English system was developing in England, continental legal systems were much more influenced by the church, which interpreted for contemporary purposes the civil law. “Civil” in this case does not mean being polite, it means ‘of the city’, the city in this case being ancient Rome.

Actually we do not know an enormous amount about law in ancient Rome, the origins of civil law lying in practice in the Code of Justinian, and subsequent updates by his successors. Justinian, who flourished in the 6th century, styled himself the Roman Emperor but did not rule in Rome, which had already been overrun by barbarians. He ruled in Constantinople, now Istanbul. He married a lady of ill repute, one Theodora, much younger than he was, whose sexual habits were so exciting that in Gibbon’s “Decline and Fall of the Roman Empire” he left the details, which involved male slaves and geese, in the original Latin language. This seems an unlikely background for a lawmaker but no doubt the real work was deputed to a committee and the Emperor just put his name on it, rather as King James I did with the Bible.

Anyway this provides the background for most of the legal systems in Europe, and for those countries which used to be colonies of countries in Europe. Which doesn’t leave many for the “uncategorized because uncolonised” category, but it does leave some, notably Japan and China.
I realize that there is a temptation for loose thinkers to use Civil Law as a sort of catch-all concept, for everything which is not Common Law. Most Civil Law countries have a code, and do not feature the Common Law precedent system, in which the law grows by accretion, like a coral reef, as judges’ decisions are added.

If on the other hand we stick to the original meaning, of systems based on the Roman tradition, then China clearly does not qualify. The legal system, such as it is, is entirely local in origin. The Emperor Justinian has had nothing to do with it. In 1949, moreover, the slate was wiped clean. So clean that there has been much discussion since as to when, or even whether, China started having a legal system again. We have had a taste of law with mainland characteristics with the oaths row. First we were told by the head of the Liaison Office what the outcome was going to be. Then the law was used, with a quick change along the way in case it was not up to the task, to produce the desired effect. This is how it goes north of the boundary: first the political decision, then the “legal” process to put it into effect. Calling this a civil law system is a bit … well, uncivil. The Emperor Justinian must be revolving in his grave like a propeller shaft.

The 'mainlandisation' of our courts? A very unusual Hong Kong appeal hearing