The working group gave its preliminary approval to admit Guangzhou R&F on Tuesday evening. However, the decision will not be confirmed until the HKFA holds a board meeting next Monday. Over 400 netizens have joined a Facebook group named “No to Special Treatment: Give Me Back the Hong Kong Premier League” expressing their opposition to the proposal.

One commenter threatened a boycott of all HKFA-hosted football games in the upcoming season. Another suggested that fans stage pitch invasions at games featuring Guangzhou R&F.

Responding to queries from Apple Daily, HKFA Chairman Brian Leung Hung-tak said that R&F Properties – the owner of Guangzhou R&F – is “a Hong Kong company,” as its shares are listed on the city’s stock exchange. 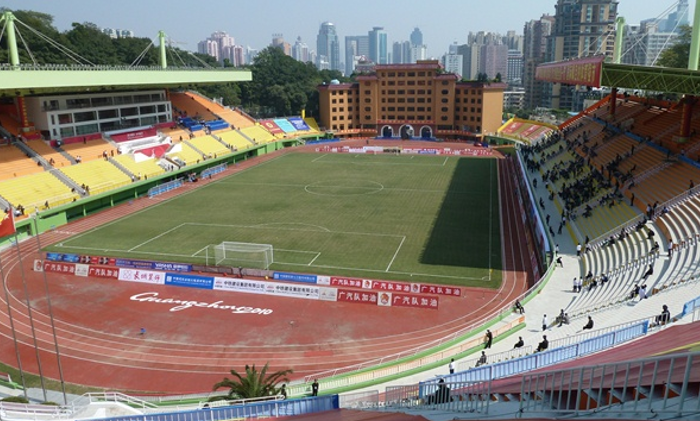 Guangzhou R&F currently competes in the Chinese Super League, China’s top flight division, and finished 14th of 16 teams in 2015. The club will reportedly be based at Siu Sai Wan Stadium on Hong Kong Island, and will send a youth squad to play in Hong Kong.

Stand News reported that Guangzhou R&F players registered with the Chinese league would not be allowed to compete in its Hong Kong counterpart.

Guangzhou R&F would not be the first mainland Chinese team to compete in Hong Kong’s top flight football division should the working group’s proposals be accepted. In 2005, Dongguan Lanwa Football Club was admitted into the Hong Kong First Division. Two years later, Dongguan were replaced by Hong Kong Sheffield United, whose team comprised of reserve players from the Chengdu Blades.

The Hong Kong Premier League season will begin in autumn, although dates have not yet been confirmed. According to the working group’s proposals, it will feature 11 teams, three of which have been promoted or newly admitted.