Chief Executive Leung Chun-ying had wanted to restart and complete the political reform process, he has said.

Leung’s comments on the topic came after similar ones from Chief Secretary Carrie Lam Cheng Yuet-ngor on Saturday, when she said she hoped the next administration could restart the process.

The previous political reform package was rejected by the Legislative Council last year. Under a framework set by the Standing Committee of the National People’s Congress, a 1,200-member nomination committee largely controlled by Beijing must vet Chief Executive candidates before Hong Kong people can choose in a popular vote. The speech by Lam sparked speculation that she may run for the Chief Executive job in order to restart reform. Asked whether he was concerned about Lam’s potential run, Leung said in a smile: “On this matter, you all may be overthinking.”

Leung said he and his colleagues have a responsibility to do their jobs well. He said he was pleased by the proactive attitude of his colleagues.

“Completing the political reform process as soon as possible is the common wish of Hong Kong people, the Hong Kong and the central government,” he said. Leung added that – to complete the process – a consensus between the majority of lawmakers and the Standing Committee of the National People’s Congress would be required.

“On the issue of bringing both sides’ views closer, I have done a lot of work in the past, and I am willing to do more work in the future,” he said.

Leung also said that a report for his work last year has been uploaded to his website. 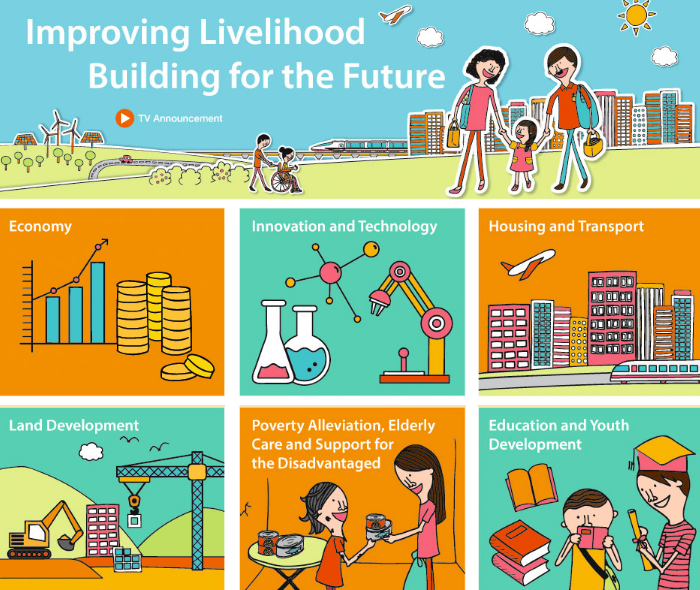 It is the fourth consecutive year that he has done so. Meanwhile, the controversial Medical Council reform bill will be discussed at the Legislative Council again on Wednesday. The bill was criticised as the reforms include an increased number of members appointed by the Chief Executive.

Leung said the changes put the interests of Hong Kong people and patients first. He added that the appointments to the Medical Council were practically made by the relevant bureau, although laws stipulated that the Chief Executive has the ultimate power to appoint.

“I hope people can talk about facts without pinpointing any particular person when discussing the problem,” he said. “The reform has been stalled for some ten years – on this matter, the opinion of the Medical Council and the public was clear. I hope lawmakers can vote according to public opinion.”

I wish to complete democratic reform as soon as possible, says CY Leung