Human rights NGO Amnesty International has urged the Chinese authorities to “end the lies and admit what really happened to the five Hong Kong booksellers.” The comments follow a surprise press conference held by recently returned Hong Kong publisher Lam Wing-kee on Thursday night. Lam says he was accosted in Shenzhen in October last year, detained and ill-treated by a “special unit” separate to police in the mainland. “Lam Wing-kee has blown apart the Chinese authorities’ story, said Mabel Au, Director of Amnesty International Hong Kong. “He has exposed what many have suspected all along: that this was a concerted operation by the Chinese authorities to go after the booksellers. It seems clear he, and most likely the others, were arbitrarily detained, ill-treated and forced to confess.” 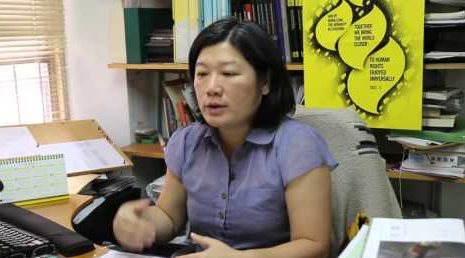 Amnesty said that the Chinese authorities must come clean and admit the truth.

“The plight of the other booksellers still in mainland China is extremely worrying. They must be granted access to lawyers and where appropriate consular assistance,” Au added.

Lam returned to Hong Kong on Tuesday and said that mainland police offered to release him if he returned to China on Thursday with a hard drive containing a list of customers from the Causeway Bay bookstore he founded. He instead gave an account of his ordeal at the Hong Kong legislature. His shop was known for political gossipy titles banned on the mainland – most customers are mainland Chinese.