HongWrong presents a brief visual history of how the Hong Kong skyline has developed over the decades.

1880s – Beginning with a rare shot of the harbour from the 19th century – the same decade in which the Star Ferry became operational. 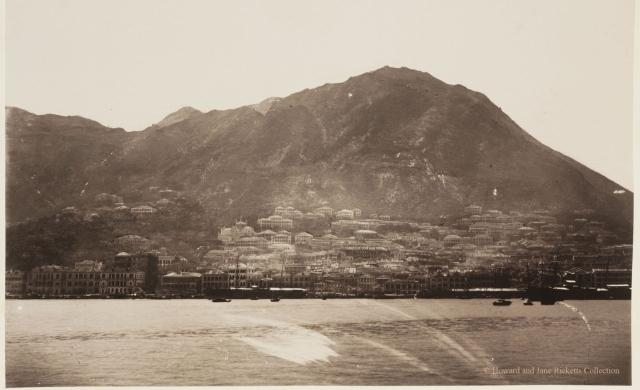 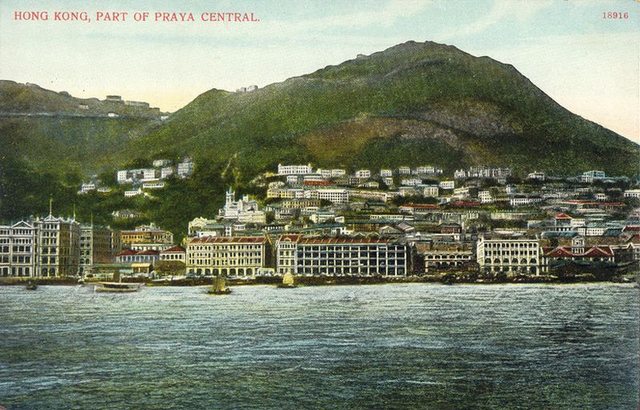 1910s – The CBD, gradually creeping up The Peak, was then named Victoria City. 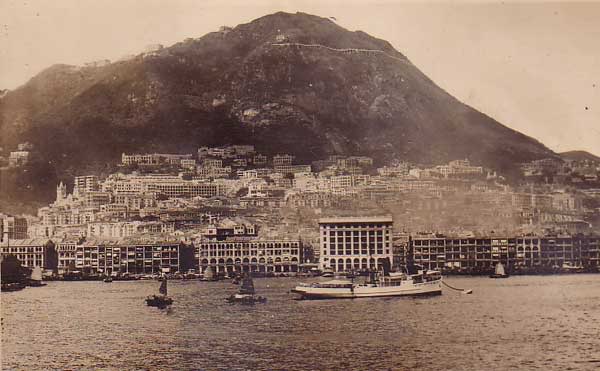 1920s-30s – Development was minimal throughout the 20s and 30s. The original HSBC building, completed in 1936, became the centrepiece of the skyline – it featured a mixed art deco and stripped classical style and was the first to feature full air-conditioning. 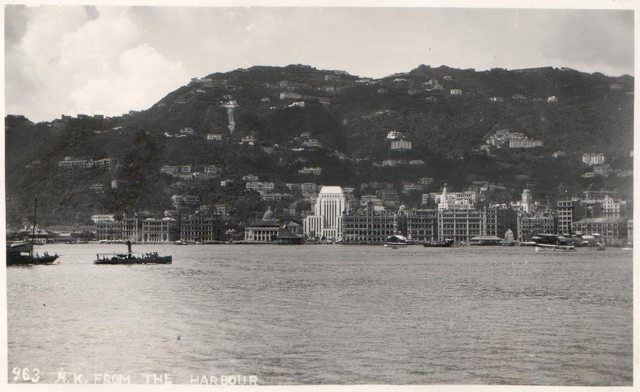 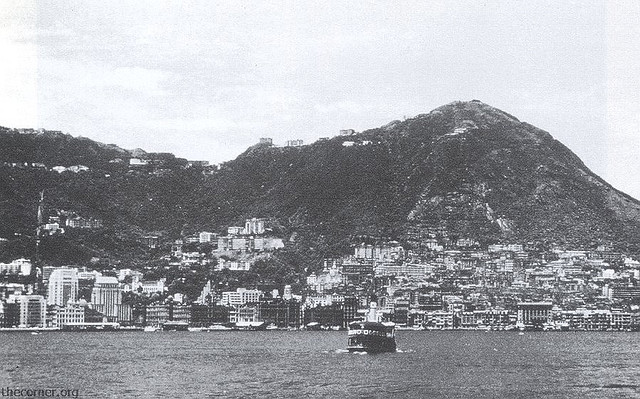 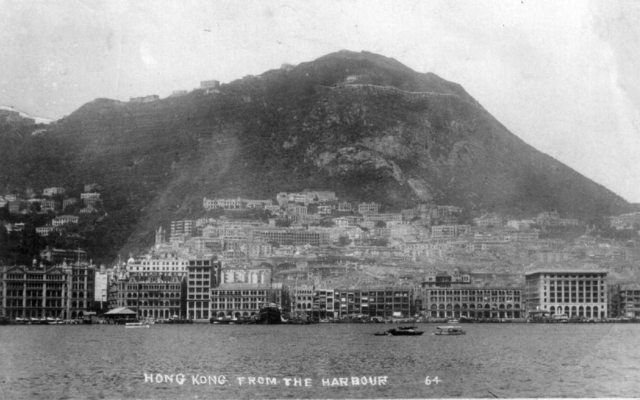 1950s-60s – It was not until the tumultuous 1960s that things really began to develop on the booming harbour front. Refugees from China, especially from Shanghai, provided skills and labour, helping to revive the economy. There was unprecedented growth as the city was transformed into a manufacturing hub. Hong Kong made anything-and-everything that could be produced in a small space, such as buttons, artificial flowers, textiles, umbrellas, footwear and plastics.

An iconic building, which today is known as the Bank of China building, makes an appearance replacing the original City Hall. 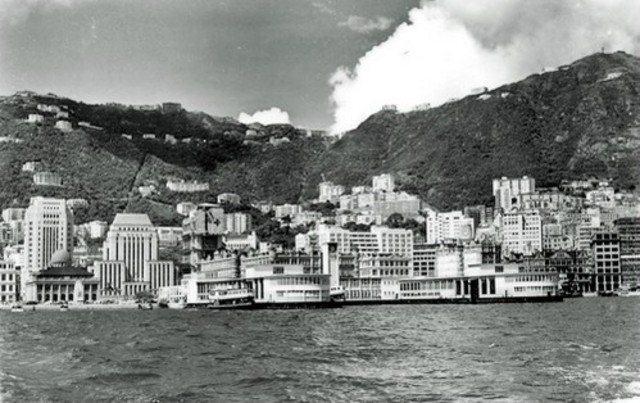 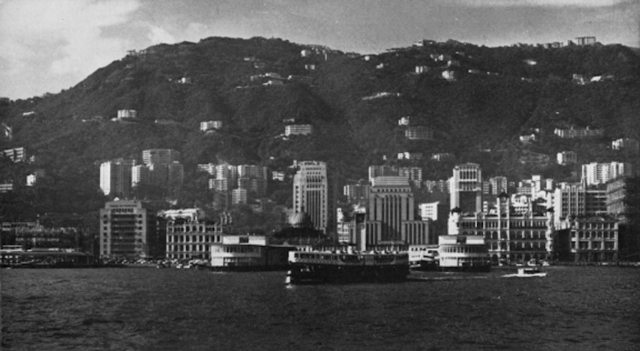 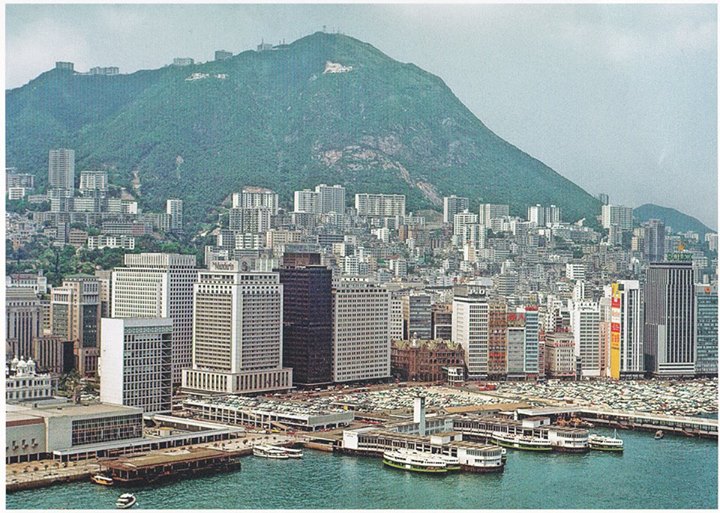 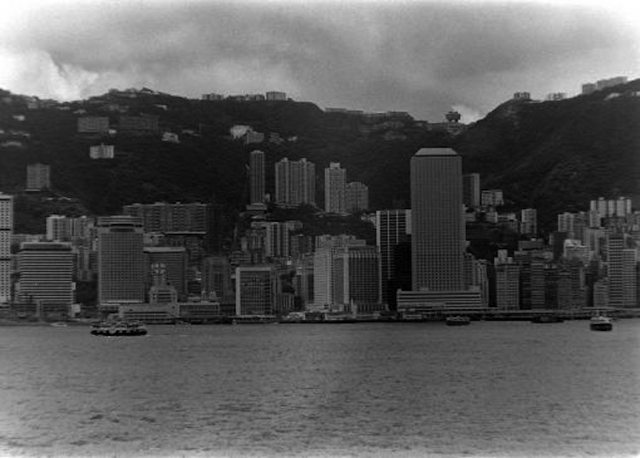 In 1972, the first cross-harbour tunnel opened, linking the peninsula to Hong Kong Island. During the same year, a British luxury liner sank in the harbour. 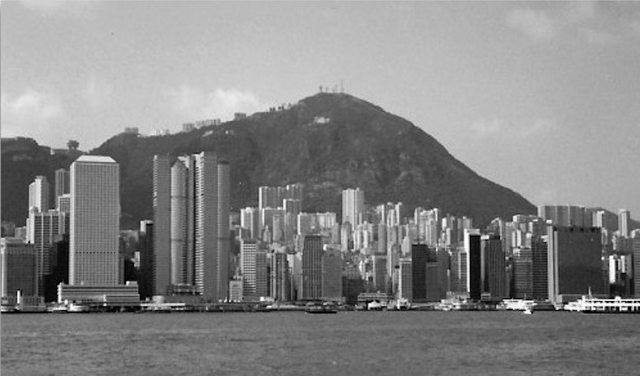 In 1975, the Bank of America Tower was completed. Two-years later, on Kowloon-side, the Tsim Sha Shui KCR station was dismantled, leaving only the Clock Tower. 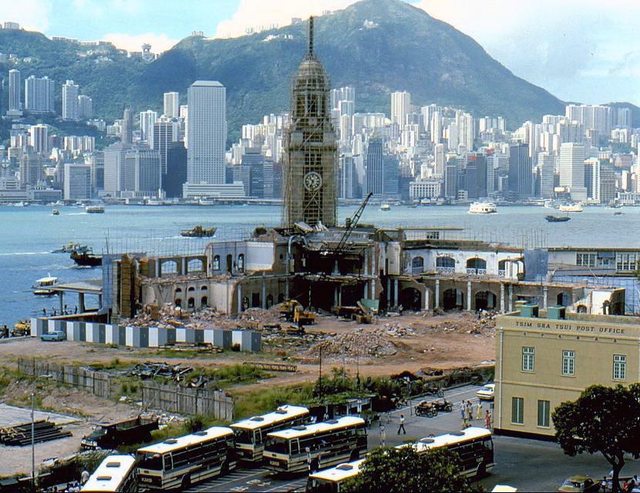 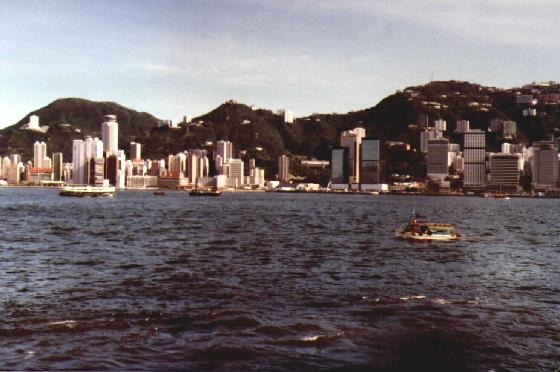 The MTR system expanded rapidly and the Bank of China Tower was completed in 1989, opening a year later. 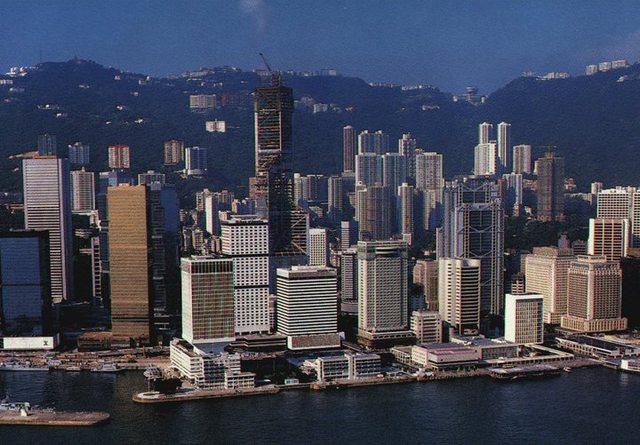 1990s – The mid-levels escalator was completed in 1993 and helped open up new areas in Central. The new decade also welcomed the new Standard Chartered building in 1990 and Central Plaza in 1992. The Cheung Kong Center opened in 1999. 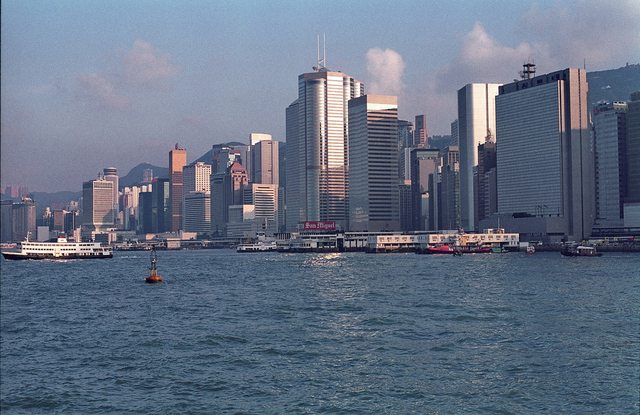 By now, despite the efforts of The Antiquities and Monuments Board, few vestiges of colonial heritage remain. 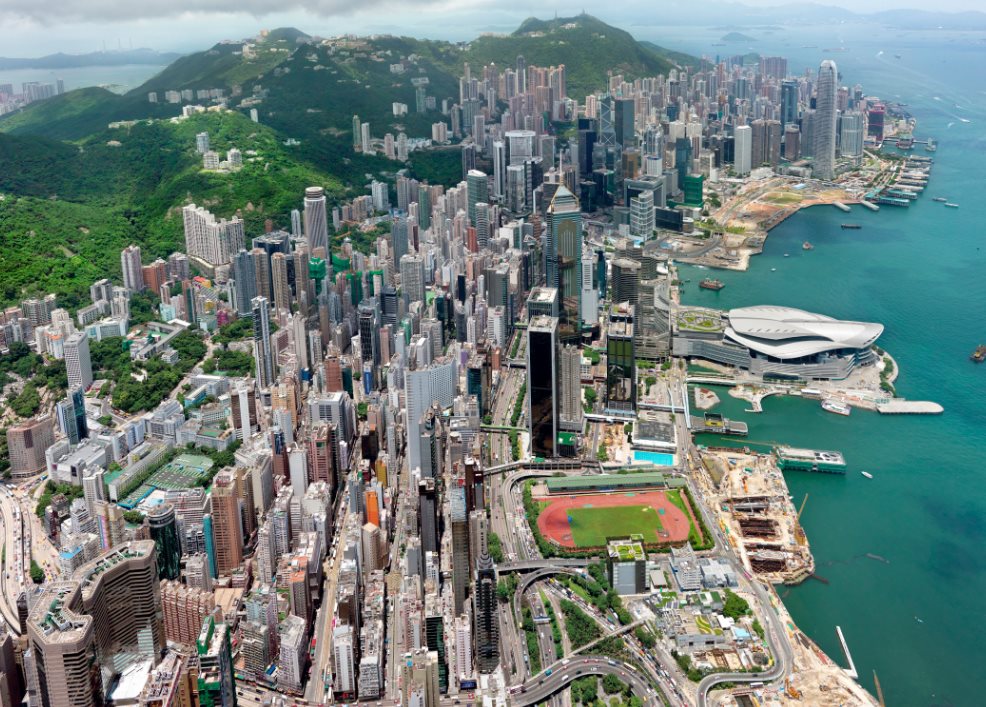 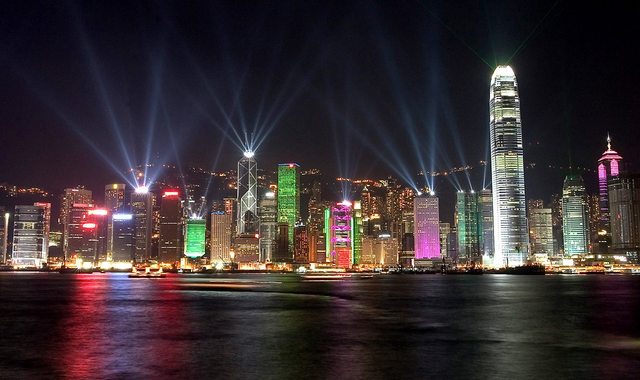 IFC2 has since been eclipsed by the 118-storey International Commerce Centre in West Kowloon, which was topped-out in 2010 and remains the tallest skyscraper in Hong Kong. 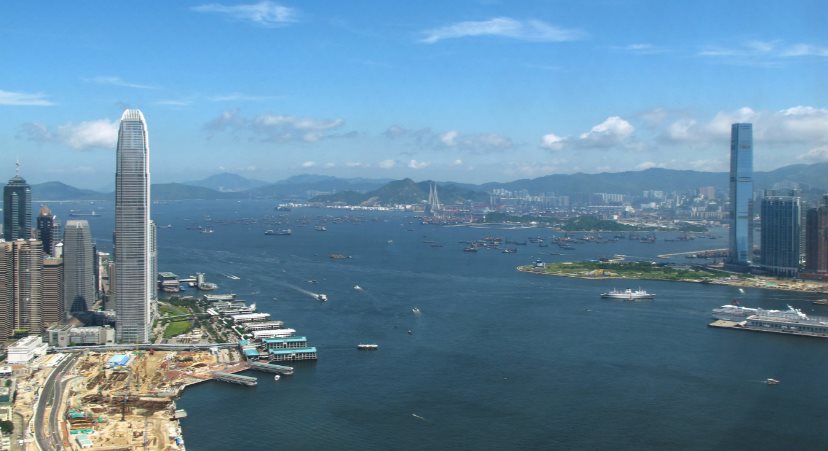 The map below shows just how much of the harbour has been reclaimed.

HKFP History: The evolution of the Hong Kong skyline