“They started gluing down their sidewalks? So protesters can’t grab the bricks and throw them?” the Comedy Central host said. 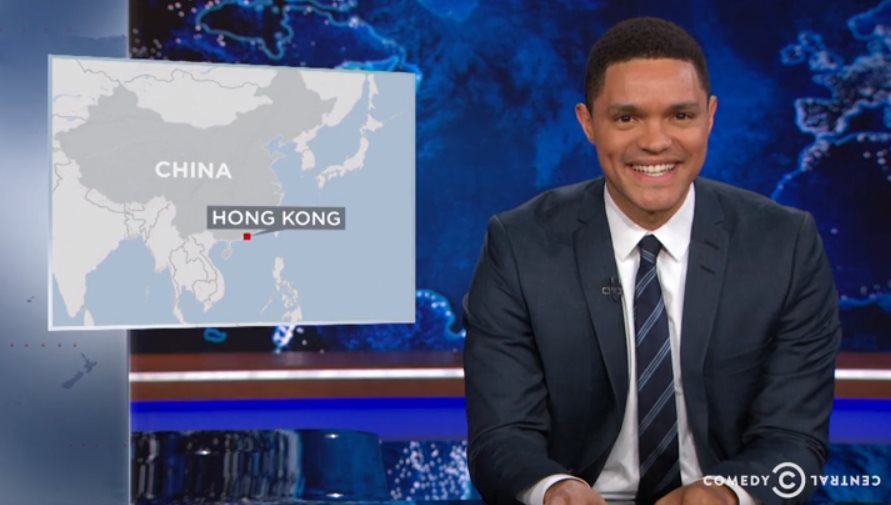 “It’s also interesting logic from the Chinese government. They were basically like ‘hey, should we spend some money and address the concerns of our citizens?’…’Nah, let’s buy glue.”

It is not the first time Hong Kong protesters have made it onto late night talk shows. In 2014, John Oliver’s Last Week Tonight referenced the Umbrella Movement protests.

Video: Gluing down the sidewalks? HK's security circus for Zhang mocked on The Daily Show