The fourth edition of the Affordable Art Hong Kong Fair concluded over the weekend, offering fun, interaction and an enriching art experience. One highlight alongside this year’s 110 gallery booths was ‘ARTFUL’, a star-studded collaborative TEDx Hong Kong Salon event featuring live performances and talks from a host of local and international artists. From what I saw, the 3-day fair was well attended – enjoying a great turnout, seemingly unaffected by a downturn in the art auction market.

Making art friendly and accessible to everyone and encouraging first-time art buyers with a chilled-out experience is the key vision of Will Ramsay, who founded AAF in 1999. This means every art piece on show at the Hong Kong Fair has to be marked between HK$1,000 and HK$100,000. I met with some gallerists who embrace the concept of affordable art and stand by its relative affordability compared to mega fairs like Art Basel.

According to its Director Henrik Riis, the gallery has been a veteran AAF exhibitor not only in the Hong Kong Fair, but also other editions in Europe, the United States and Singapore. “We are here primarily to meet up with existing clients. To showcase new works and encounter new customers is only our secondary objective.”

Founded in 1999 during the internet boom, the no-bricks-and-mortar gallery has been extending its global reach through a cookie-embedded website which displays customers’ local currency and previous favourites, complete with an interactive form and dynamic payment solutions. Envisaging an exponential growth in online art sales in the next 5 to 10 years, Henrik believes exhibiting in the AAF is a perfect complement to the gallery’s online presence. 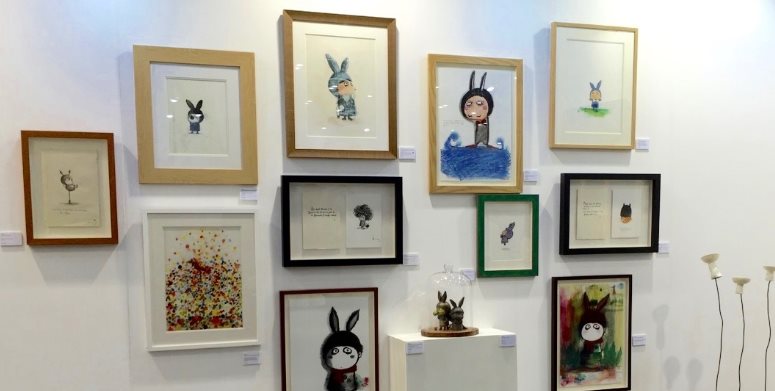 As AAF is suitable for those not running a traditional gallery space, it also serves as a launch pad for some startups. METTA, among the 28 participating local galleries, made its debut and is already representing a stable of artists from a variety of talents and backgrounds encompassing art school teachers, musicians and film directors. Works by b. Wing, the celebrated illustrator-artist known for the etiquette trailers for Broadway Cinemas, attracted fans flocking to the booth. Having received much positive feedback, Pad Chu, METTA’s spokesperson, is bullish about this trial and set to join next year’s Art Central and AAF.

Amidst crazy rent hikes and with budgets to meet, even experienced galleries have opted for art spaces upstairs or offices tucked away further afield. For local galleries such as Galerie Koo and Neuberg Artspace, having a booth in AAF is like renting a pop-up space to gain exposure from time to time. This thinking might also be applied to some international galleries which are extending their foothold in Hong Kong, China and other Asian regions. 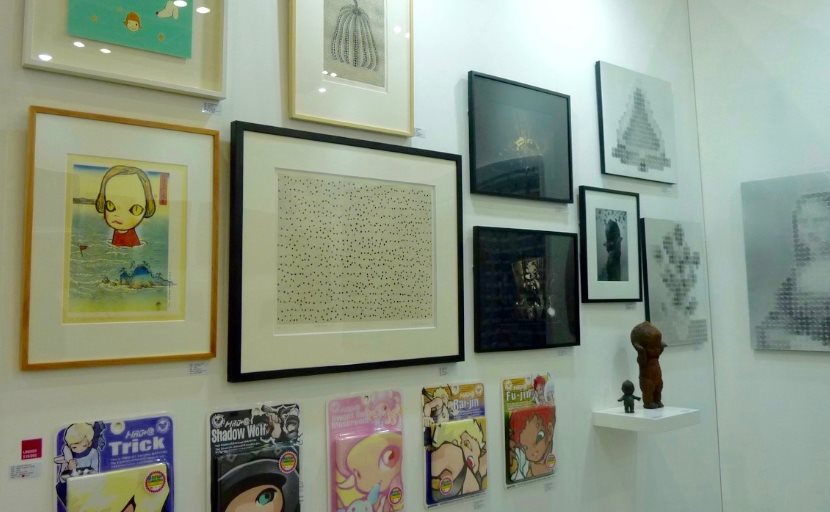 Meanwhile it may be an oversight if the AAF has been thought of as serving only small and medium-sized art galleries. With a 56-year history, Osaka-based YOD Gallery has been a veteran exhibitor at AAF and other art fairs. Here, affordable prints by the world-renowned Yayoi Kusama and Yoshimoto Nara could be found as live bait to entice discerning eyes.

Ryotaro Ishigami, Chief Executive of YOD said, “Actually we are an established gallery representing artworks at various price ranges, from Gutai to modern and contemporary Japanese art. We are only choosing young and emerging artists here to match the AAF price tag.”

Some gallerists did admit that they were also selling works not shown inside the booth. Good for them as that implies some buyers are willing to pay beyond the so-called “affordable” price range. Indeed Hong Kong’s zero-rate VAT merit can still be very tempting to collectors.

Serene Fu is an independent researcher and writer based in Hong Kong. She holds a Master of Contemporary Art from the Sotheby’s Institute of Arts.