Around 250 people protested on Saturday against a proposal to place refugees in holding camps. The march, organised by Socialist Action and Refugee Union, began at Wanchai’s Southorn Playground and ended at government headquarters in Admiralty. Some demonstrators burnt copies of Oriental Daily, calling it “racist” in its recent coverage of refugees. 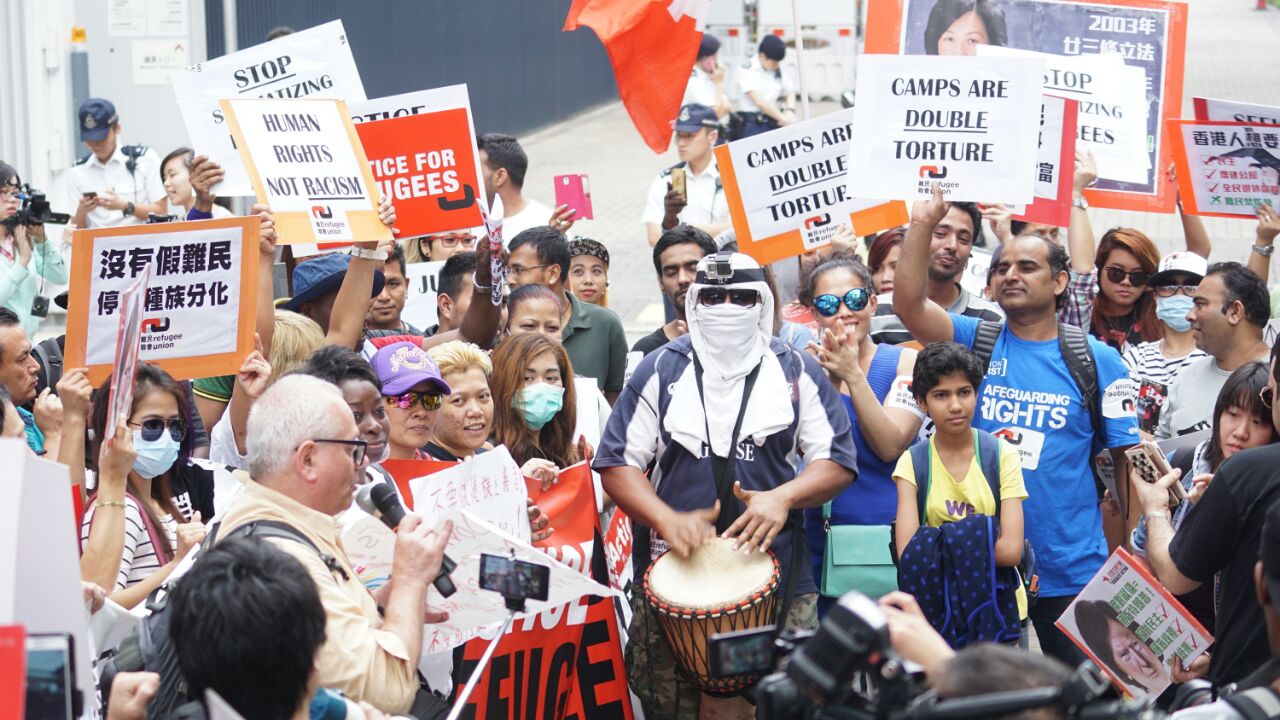 “These politicians present a completely false idea of ‘fake refugees’, ignoring the dangerous world we live in, with religious, ethnic and political persecution that forces people to flee their homes,” a statement from the organisers read. 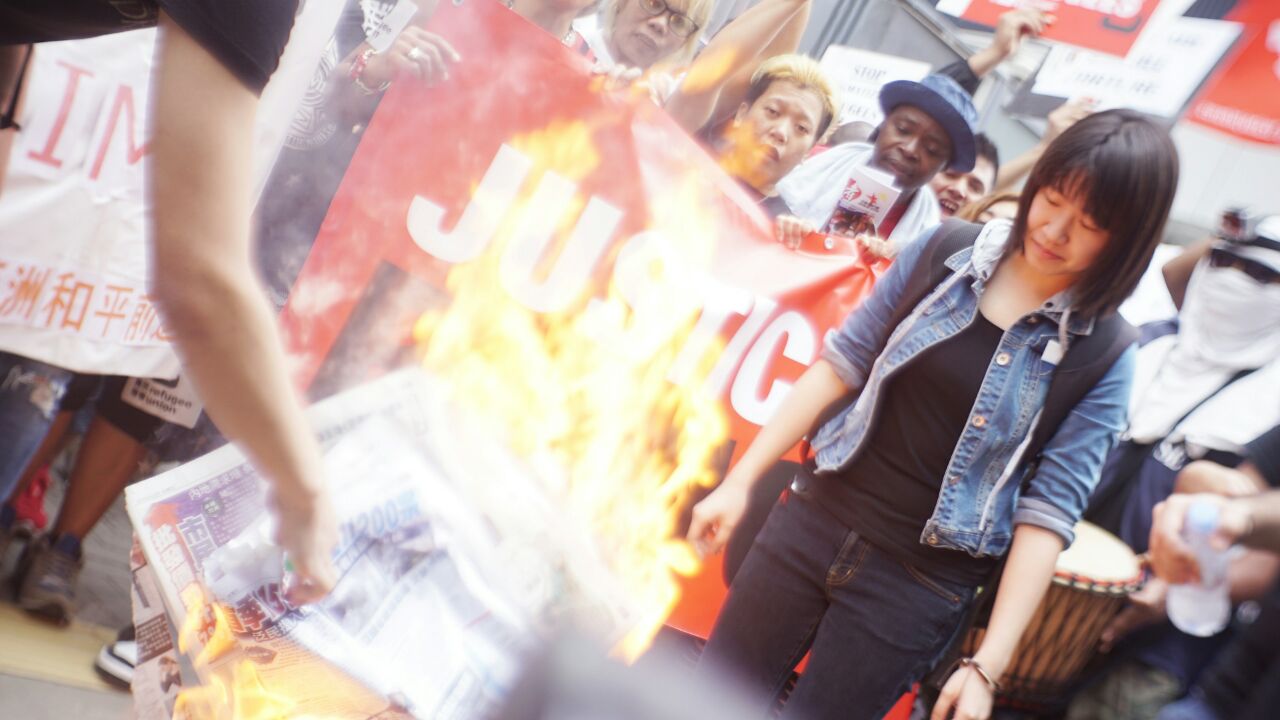 Copies of Oriental Daily are burnt.

“In reality, Hong Kong has taken in very few refugees – around 11,000. Hong Kong grants asylum to even fewer, the lowest number in the world.” 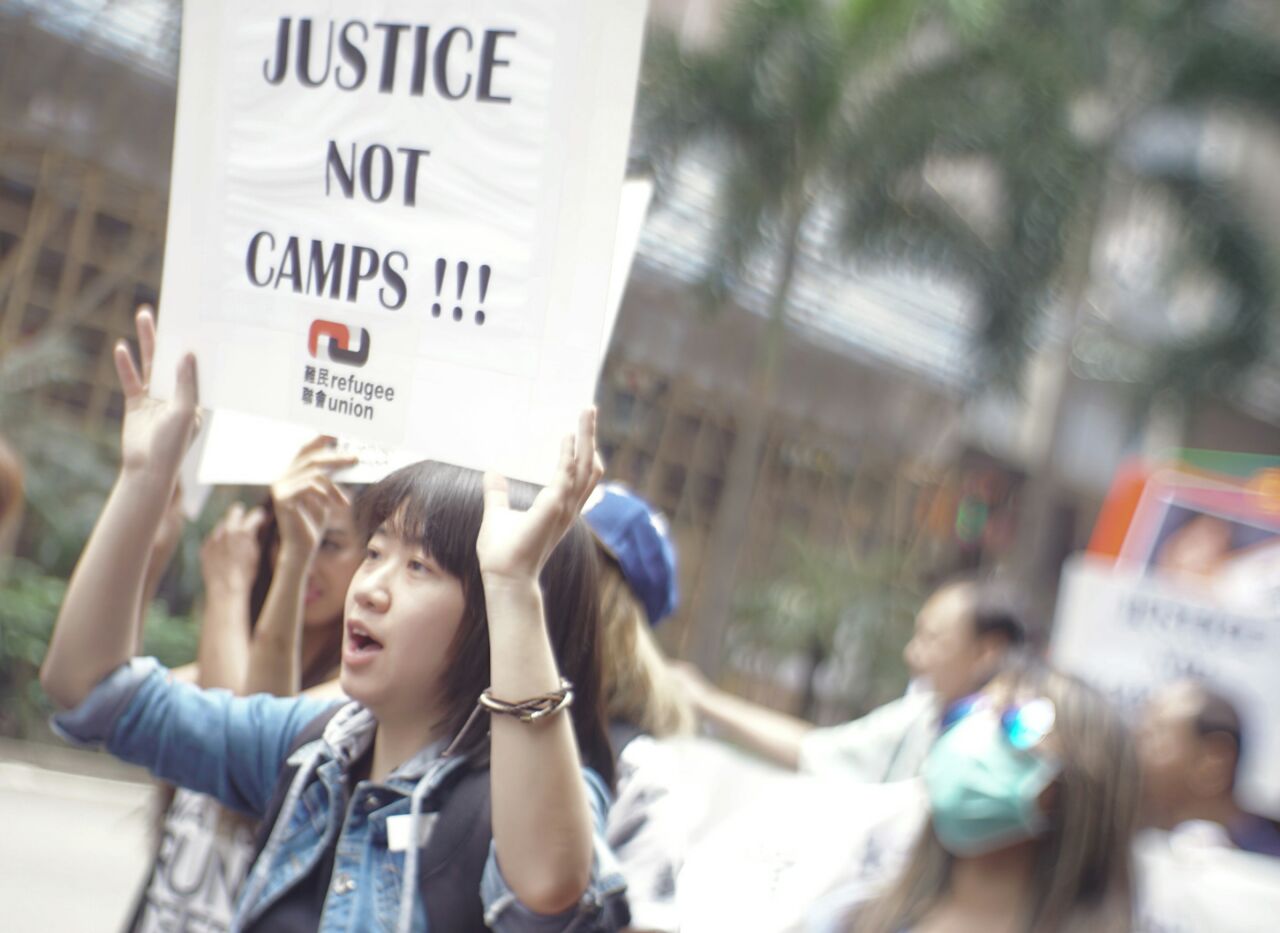 Organisers said that Chief Executive Leung Chun-ying had used an “anti-refugee card” in a bid to extend his tenure in office, deliberately focussing upon the issue to “to distract from the real issues of collapsing public services, unaffordable housing and lack of a universal pension system.” The Pro-Beijing DAB party has launched a “one person one letter” campaign to tackle the alleged problem of “fake” refugees. It has proposed housing asylum seekers and refugees in camps. In March, former secretary of security Regina Ip Lau Suk-yee told reporters that “the problem is a lot of illegal immigrants or people who have entered [Hong Kong] immediately make baseless claims… Administratively, the most effective method is to put them in a closed camp”. Basic Law Article 39 states that Hong Kong is bound by conventions on labour, civil and political rights, as well as economic, social and cultural rights.