Chinese dissident Lu Jinghua said Thursday New Delhi cancelled her visa to travel to India to meet the Dalai Lama, just days after another Chinese activist was blocked after protest from Beijing.

Lu, who fled China following the Tiananmen Square crackdown in 1989, said she had been granted a tourist visa to travel from her home in the United States to India. But Lu said Air India officials stopped her at New York’s JFK airport from where she was due to fly to India to attend a conference this week in the hill station of Dharamsala, the home of the Dalai Lama.

“They said I’m very sorry, you cannot go,” Lu told the India Today network from New York, adding that she had already received email confirmation of a visa.

India did not comment specifically on Lu, but has said in reference to another case that foreign visitors require a non-tourist visa to attend conferences.

“I was going to Dharamsala to meet the Dalai Lama so that’s the reason why they denied me the visa,” she said. The incident comes after the government on Monday said it had cancelled a visa for an exiled Uighur dissident, after China protested and described him as a “terrorist”.

Dolkun Isa, a Germany-based activist from China’s Xinjiang region, was due to attend the same conference on democracy in Dharamsala.

Xinjiang is home to the mostly Muslim Uighur minority, many of whom say they face cultural and religious repression, and the area is regularly hit by violence which Beijing blames on Islamist separatists.

But Swarup denied India had caved to pressure from China on Isa’s case, saying he had breached conditions of his tourist visa and was the subject of an Interpol red notice. 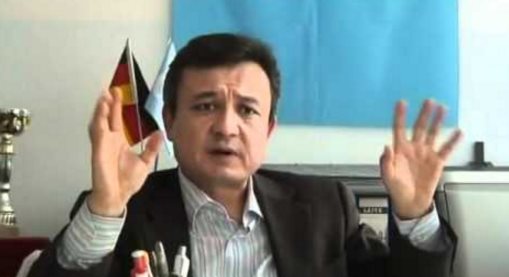 “After obtaining the visa, Mr. Isa stated publicly that he was coming to attend a conference in India, a fact that was suppressed in the visa form and something that a tourist visa does not permit,” Swarup said at a regular press briefing.

“We are a democratic society conscious of its responsibilities. Those would remain the guiding factors in such matters,” he added.

Lu fled China after being named as a wanted criminal for taking part in the mass protests in Tiananmen Square ahead of the crackdown, according to Human Rights Watch.

China brands the Dalai Lama a dangerous separatist. The spiritual leader has lived in Dharamsala since fleeing Tibet in 1959 after a failed uprising against Chinese rule.