On Thursday, Twitter CEO Jack Dorsey announced the new managing director of Twitter for the Greater China region. By Saturday the news had excited a fierce reaction among Twitter users in China.

It’s well known that Twitter, YouTube, Google and other major social media networks are banned in mainland China. While there aren’t many users of Twitter in the mainland (one estimate has it that there are roughly 10,000 active users), those who do use it are among the most ardent believers in internet freedom, and have a special love for Twitter. A large number are IT experts who migrated from Fanfou (a Chinese social media site) in 2009 and became almost religious users of Twitter; another large group are political dissidents. The former group can’t stand being stifled by the Great Firewall’s internet strictures, while the latter uses Twitter as a space where they can communicate to one another freely even as China continues to ratchet up internet controls. Twitter has thus become an enclave for a group of mainland Chinese users and a sanctuary of freedom of speech online. Over the last couple of years, Chinese Communist Party mouthpiece People’s Daily and Xinhua News Agency have also opened Twitter accounts, spreading Party propaganda to the world, apparently with no sense of shame that China’s government prevents its own citizens from using those social networks. And it should surprise no one that on Twitter they’re often the butt of jokes.

It’s only natural that Chinese Twitter users were highly curious about Twitter’s new managing director for Greater China—and they were repelled instantly. According to Baike, China’s equivalent of Wikipedia controlled by Baidu, Kathy Chen (陈葵) graduated with a degree in computer science from Beijing Jiaotong University in 1987. She immediately joined the People’s Liberation Army’s Second Artillery—China’s strategic missile force—and became an engineer in its No. 1 Research Academy. There, according to another article, she worked “as a programmer on the top-secret missile protocol design.” After seven years in the Second Artillery, she returned to civilian life and in August of 1994 became head of sales at Digital Equipment Corporation in China. DEC is a Massachusetts-based specialty computer company founded in 1957, and one of the earliest of America’s computer firms. From June 1995 to May 1997 she was Compaq’s chief sales representative in Beijing, and from May 1997 to December 1999 was the China regional sales manager for 3Com.

@cctvnews @jack let's work together to tell great China story to the world! 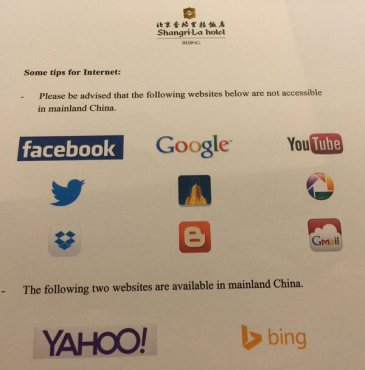 , the military, and the government are the troika behind Jinchen.” In 2010, CA’s 80% holding in CA-Jinchen was bought out by two Chinese investment firms (the transaction might not be as willing on the part of CA as the Chinese media portrayed it to be), and Jinchen became a corporation solely-owned by China. “Research and development is focused on preventing information leaks, designing anti-spy and code-breaking software. The user base will remain the traditional market: large domestic enterprises, government, public security, and will include a renewed focus on our roots in the military-industrial sector.”

Are there any problems here? To begin with, Chen is without a doubt a Chinese Communist Party member, based on a common sense understanding of China. She has been through the most strict and exacting process of political examination, and has been found by the Party to be reliable—all this is certain. My sense is that Kathy Chen’s rapid shift from extremely secret and politically sensitive missile protocol design work, straight to an American software company, is very unusual: in China, even a regular member of the armed forces dealing with secret information isn’t allowed to make overseas visits as they wish, either while in the army or soon after leaving (I have some anecdotal evidence here and here). They may apply, but I understand that it’s difficult to gain approval. I think it’s a fair assertion that Kathy Chen’s transition from a programmer of top-secret missile protocol to DEC sales could only have happened with the approval of a Chinese government agency. And then there are the four years with CA-Jinchen, which raises questions about the depth of Chen’s involvement in China’s public security sector.

When she was the CEO of CA-Jinchen, Chen once used the term “3S” to describe the scope of the company’s work: “Security Solution” provides the user with a complete security program, including anti-virus, firewall, intrusion detection, defense, and weakness detection mechanisms, among others, for the host machine, internet traffic, and the internet peripheries; “Security Application” provides on-demand security programs for government, telecommunications, finance, energy, and enterprise firms; and “Security Service” enquires as to the needs of the client and provides a complete, customized security service, from spec to roll-out, as well as ongoing consultation. 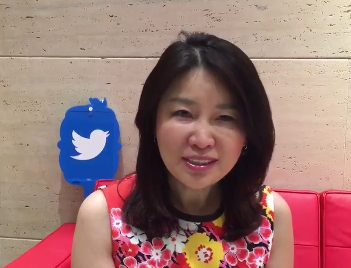 Before she joined Twitter, Chen served in a high-level capacity at both Cisco and Microsoft. Cisco has long been criticized for selling advanced internet surveillance and control software to China, having allegedly helped the Party build its Firewall and Golden Shield to target dissidents, according to two legal complaints (both dismissed, one still under appeal). Twitter users were also curious about Chen’s work at both of these firms, but so far were unable to find out very much about the details.

Tech media outside China reported the appointment briefly and matter-of-factly. Twitter said in a statement, “As a global platform, we are already engaged with advertisers, content providers and influencers across greater China to help them reach audiences around the world. Going forward, we will look to Kathy’s leadership to help us identify ways in which Twitter’s platform and technology assets can be utilized to create further value for enterprises, creators, influencers, partners and developers in mainland China, Hong Kong and Taiwan.”

The appointment of Kathy Chen was also widely reported in mainland China, even though Twitter is banned. Netease Tech reported that it learned from Twitter insiders that Kathy Chen has “three clear goals” as the Managing Director of Greater China: “the first is to tell the China story, introducing to the world the best of Chinese culture, tradition, history and tourism and making China better known to the world utilizing the Twitter platform; the second is to help large and medium-sized Chinese companies tell the story of their brands, building their names and marketing overseas; the third is to communicate and exchange in the areas of technology and advertisement with rapidly growing Chinese internet companies and mobile internet companies.”

All this may sound innocuous to untrained ears, but it’s alarming to mainland Chinese Twitter users and seasoned China watchers: In February, Chinese Communist Party leader Xi Jinping warned mouthpiece media CCTV and Xinhua that they must do a good job of “telling the China story.” CCTV responded with the notorious slogan: “The Party’s media bears the surname of the Party!” Getting Chinese companies to advertise on Twitter is obviously a revenue stream, but what does it mean to “communicate and exchange with Chinese internet companies and mobile internet companies in technology and advertisements?” It sounds unnerving to Chinese Twitter users.

Until the day of her appointment, the new Managing Director of the Greater China region was not a Twitter user. In a video clip, she greeted Twitter users with the equally new @TwitterGCN account. It’s clear that she has little understanding of the Twitter ecology. Of her total 15 tweets, the 6th encouraged @CCTVNews and Twitter CEO Jack Dorsey to “work together to tell the great China story to the world!” The 10th thanked @XHNews with: “look forward to closer partnership in the future!”

Thank you for your support as we connect Greater China to the world! A video by @kathychen2016 , MD of @TwitterGCN pic.twitter.com/aX9GzZe2sc

My friend @Yaqiu was appalled. “Twitter working with CCTV to tell the story of China? I can’t believe she said this. I’ve taken a screen grab.” Chinese tweeps—though not just Chinese tweeps—sneered out of disappointment and concern. I share their disgust, but I’m also deeply saddened, because just recently these same tweeps sang the tenderest tribute to Twitter on its 10th birthday. I had been encountering these tweeps everyday on Twitter, but hadn’t until that point known that they were so smart, witty, genuine and free.

One tweep was brutal. “Twitter has between 300 and 400 million users around the world. Nobody cares about the 10,0000 or 20,000 mainland Chinese users—do whatever you want to do and go wherever you want to go.” But it turns out he was deeply troubled as well.