Louisa Lim is an award-winning journalist who reported from China for ten years. She wrote the book The People’s Republic of Amnesia: Tiananmen Revisited, uncovering stories about the 1989 massacre that have remained untold for a quarter of a decade. She currently resides in the US, where she has been awarded a fellowship with the University of Michigan. HKFP: Did you come across any surprises when you went about writing your book?

Louisa Lim: The biggest surprise to me was perhaps the last chapter of the book. When I started writing it, I had no idea what I would discover. I had no idea that I would stumble across a story that has never been properly told before. It’s a story of a second crackdown, not in Beijing, but in the city of Chengdu, provincial capital of Sichuan, more than 1,000 miles away, where the Chinese provincial government admitted that eight people have been killed and 1,800 injured in the crackdown there.

That was something that I just stumbled across. Once I heard about it from someone who had lost a child, who had been beaten to death in Chengdu, I started to look for more evidence in the form of eye witnesses, reports, photographs and contemporary diaries from people who were there at the time. From Chinese government reports, from newspaper reports in the western press at the time, diplomatic cables that have since been declassified. It was a real surprise to me that something that happened within living memory – and that had been seen by thousands of people – had been all but forgotten.

HKFP: How did these findings shape the narrative of your book?

It was a real surprise to me that something that happened within living memory – and that had been seen by thousands of people – had been all but forgotten.
We tend to forget that this wasn’t just something that happened in Beijing, it was a nation-wide movement. There were demonstrations in all the major provincial cities and some very small cities. There was violence in other cities… But in Chengdu, there were deaths. They’re not, of course, on the same scale but I thought – because of that – it was significant to tell the story as fully as I could.

There were protests in dozens and dozens of cities all around China. As regards to violence, there were some violence in Xi’an, there was some violence in a couple of other cities as well, but it was earlier on and it was not as extreme as in Beijing. I didn’t really follow that up, to be honest I didn’t have time, although I hope that people would do that.

HKFP: Was it difficult to get people to talk to you about what happened?

I had thought it would be really difficult but it didn’t really turn out that way… I found that people were much more willing to talk than I had originally thought they would be. I think one reason for that is simply the passage of time – the fact that a quarter of a century has already passed. I think people are beginning to wonder whether they would ever have a chance to tell their stories.

You have people like the Tiananmen Mothers – I wrote about Zhang Xianling, who wrote her own story down and put it on the Tiananmen Mothers website, and who is interviewed all the time. But I don’t think her full story was ever properly told before. I think that even though things are on a website in Chinese, it’s very difficult for that to reach a wider audience. Maybe that was one reason people were willing to be interviewed. In many cases, I was talking to people who were already talking, and who had already made the decision to talk, and who had already weighed up the risks involved in doing so. Perhaps they were more willing to talk to me.

HKFP: When you were meeting your interview subjects, did you feel the need to meet them in secret?

It’s not so much a case of meeting in secret. With certain people like Bao Tong, who’s under surveillance and lives under a form of house arrest, we would meet in a McDonald’s just down the road from where he lives. There would always be a security detail with him. If you’re being watched like that, a crowded McDonald’s is a better place to meet than trying to meet in secret because it’s noisy and there are lot of people coming in and out. And if you’re being watched all the time you can never really get away.

There was a certain element of cloak-and-dagger about it because I was quite paranoid and I didn’t like to talk about what I was doing on the telephone. And I never really talked about it in my office or in my home because I was worried they were bugged… There were some student leaders in exile who were less willing to speak, but inside China there were relatively few. Perhaps it was because people worried that the whole episode had been forgotten, or would be forgotten. HKFP: By calling it “collective amnesia”, are you suggesting that the phenomenon of people forgetting about the history of June 4th is a disease?

It’s a Chinese condition. The author Yan Lianke says it’s a state-sponsored sport in China, and I think that is quite an accurate description. I guess you could say that there is almost something contagious about amnesia in that – even those people who were intimately involved in the events of 1989 – nowadays they are unwilling to talk about it. And unwilling to tell their children what happened and what kind of involvement they may have had.

They’re worried that that knowledge might have an impact on their children or affect their future in some kind of way. In that sense, the amnesia is kind of like a disease. The fact that these events are not talked about and there’s no accountability for what happened from the very top, all the way down, that’s a really serious issue.

HKFP: Do you think that with globalisation and the increased number of mainland Chinese students studying abroad, there would be a change in Chinese people’s attitude towards the events of 1989?

It’s quite possible. When my book came out, I went on a book tour and I had a lot of young mainland students who would come to my talks. They would often ask me, “What can I do? What is my role now?” I would say, “Read my books, tell people what happened”. It is interesting. I’ve had a couple of mainland students who got in touch with me independently and asked me whether my book is published in Chinese and whether I would mind if they translate it – portions, chapters, one of them even translated my entire book so that the students could read it. 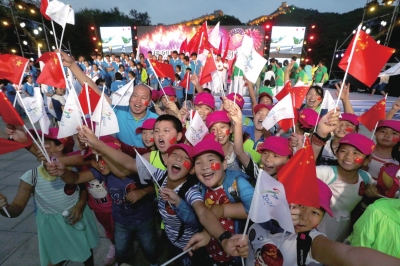 To me, that is a sign that – in some circles – the knowledge of what happened is beginning to trickle through. But, at the same time, one of the results of what happened in 1989 was this big programme of patriotic education that was rolled out in China in the ’90s and continued until this day. I think that has also led to this generation of quite patriotic or nationalistic young people. You do get some young Chinese who come overseas, and when they hear other versions of history that is not familiar to them, they really rebel against these other versions of history and they see them as a western conspiracy. They just simply don’t believe them.

The People’s Republic of Amnesia: Tiananmen Revisited is published by Oxford University Press and is available for purchase here.