In an “exclusive” interview with China’s Phoenix TV, detained Hong Kong bookseller Lee Bo has said he wishes to give up his British residency. Lee currently holds a British passport. “A lot of people also made a huge fuss with the issue of UK residency, and it has become complicated. Therefore I have decided to give up my right to reside in the UK. My wife has agreed to this,” he said, speaking in Cantonese on the Phoenix TV news programme.

Lee is among five co-owners and staff of Causeway Bay Books and its parent company Mighty Current – which specialises in Chinese political gossip titles. All disappeared late last year. Lee – a Hong Kong British national – went missing in December, only to resurface in the mainland in January. He is now in police detention at an undisclosed guesthouse.

“After what happened to Mighty Current, I wanted to secretly go to the mainland to resolve whatever issues there were with the company and then secretly go back to Hong Kong,” he said in the interview. “I came to the mainland to assist with the judicial investigation, and I had to incriminate some people. I was really scared that if these people found out, they will cause harm to me and my family, so I didn’t want anyone to know, and I didn’t want to leave any immigration records. So I chose to smuggle [to the mainland].”

In the interview, Lee said that this was a personal matter: “Neither myself nor my wife want to become a political tool. I hope those people will stop making a big deal out of this.”

Lawmaker James To Kun-sun told Apple Daily that if Lee has the right to live in the UK, it would mean that he is a British citizen and that he would have to give up his citizenship in accordance to the law. To said that – although the UK would not have a right to interfere in the matter after that – there may be reason for them to believe that Lee was forced to give up his citizenship.

To also said that the government must believe that the application to give up citizenship was made voluntarily, when the applicant was of sound mind. Hong Kong police earlier revealed that they had met with Lee on Monday morning and taken a statement from him at a guesthouse in the mainland. Lee told the police that he arrived in China voluntarily to assist and that “it was not an abduction”.

He said he was “free and safe” and assisting in an investigation related to fellow bookseller Gui Minhai. He also requested that police keep his whereabouts secret. The visit came six weeks after Hong Kong police first requested that mainland authorities allow them access to Lee. 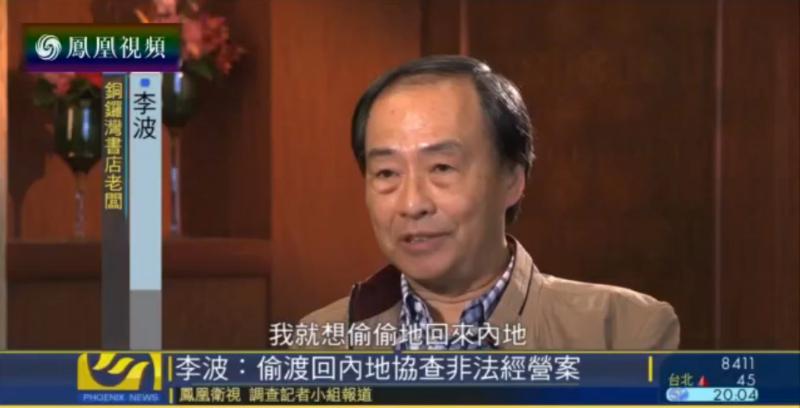