His visit generated much excitement among mainland Chinese reporters graced by his presence, with CCTV especially proud of their “exclusive”.

A banner spotted at the office stated: “CCTV’s family is The Party; Absolute loyalty; Please inspect us”. 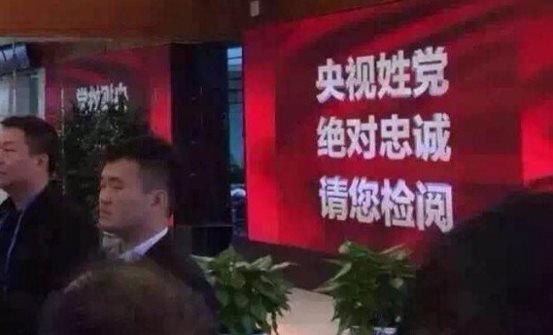 Foreign correspondents and journalists on Twitter were also greatly amused by the surreal scenes. 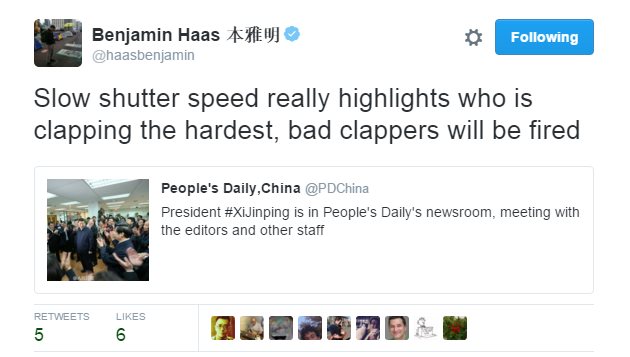 "And now, a word from our sponsor."pic.twitter.com/rM4OKqzLyg

Xi Jinping considers new job as CCTV news anchor, because it's basically 30 minutes about what he did that day. pic.twitter.com/TRbHuIpCIj

Over in the mainland, Chinese netizens were so fervent in their outpouring of admiration, it was difficult to gauge whether some were being ironic. A post about Xi Jinping visiting CCTV was liked and shared more than 10,000 times on Weibo.