Earlier this month on state television in China, Swedish national Peter Dahlin, the co-founder of a non-governmental organisation assisting Chinese rights lawyers, admitted to having assisted criminal activities in a “confession” that was almost certainly coerced. “I have caused harm to the Chinese government, and I have hurt the feelings of the Chinese people,” said Dahlin. The Swede joins a long list of parties who have offended Chinese “feelings” over the past six decades. But what does this phrase really signify?

One might think it unlikely that a bantamweight nation like Saint Lucia, a volcanic island idling back in the eastern Caribbean Sea, could ever punch hard enough to force a whimper from a global heavyweight like China. But in 2007, a spokesman for China’s Ministry of Foreign Affairs told reporters that diminutive Saint Lucia had “hurt the feelings of the Chinese people.” 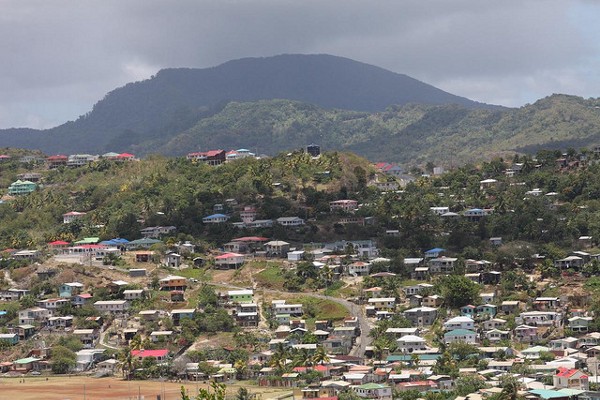 The tiny island nation of Saint Lucia created big problems for the People’s Republic of China in 2007. Photo: Derek Hatfield.

This was quite a feat for Saint Lucia’s 183,000-odd residents, given China’s population of more than 1.3 billion.

Is China really so sensitive? Why must it resort to such petulance? . . . And what on earth did Saint Lucia do?

The answer to the first two questions might lie partly in the lingering confusion over this phrase, “hurting the feelings of the Chinese people” (伤害了中国人民的感情), which originated in China in the 1950s and became somewhat more regular from the late 1970s. Tug the words back into their native context, some argue, and they are really not about “feelings” — those impulses we, in our highly individualistic cultures, explore from the chaise with our therapists— so much as relationships. To “hurt the feelings of the Chinese people,” then, is simply to damage a good relationship.

If we allow for this “Chinese” context, perhaps, the phrase no longer sounds like the carping of a diplomatic featherweight. The message, in essence, is: “Look, you’ve made a serious mistake, and this will surely impact the accord between us.”

But there are problems with this attempt at re-contextualisation too.

First off, plenty of Chinese have written introspectively about how tender public nerves can be in China. At “Everyone,” a special features page at QQ.com, writer Wei Dan (维舟) remarked last year that cases of “hurt feelings,” while often rooted in genuine gripes, “allowed us to glimpse the trait of ‘emotions trumping reason’ (情胜于理) at the heart of the Chinese psyche.” Could it be, then, that this really is about deeper psychology? Perhaps the more literal translation “feelings” doesn’t pull the phrase unfairly out of context after all.

We should recognise, more importantly, that Chinese are not at all tone deaf to the awkwardness, inanity — and even dishonesty — of the phrase “hurting the feelings of the Chinese people.”

Last summer, as the Philippines became the latest country to “hurt the feelings of the Chinese people,” one Chinese blogger wondered aloud why the feelings of flesh-and-blood Chinese counted so little when it came to real misgivings they had, such as over why their government would donate school buses to Macedonia when poor children at home had no way to get to school. “Who,” the blogger asked, directing us toward what is almost surely the most accurate context for the phrase, “controls the valve of these feelings?”

The feelings of the Chinese people are the strangest things in the world. When these [feelings] are truly upset, the government cares nothing for your unhappiness. The nerves that govern our feelings, they sprout through the bodies of the Chinese people themselves — but they are pinched between the fingers of those in power.

Far from being the product of some generalised Chinese cultural context, the “hurt feelings” phrase first emerged in 1959 in the pages of the Chinese Communist Party’s flagship newspaper, the People’s Daily. The phrase was regularised after 1978, becoming a permanent feature of the Party’s political discourse. Its proper “native” context, therefore, is the political culture of mainland China.

Power is the deeper question at the root of these “feelings.” And the people, the abstracted renmin (人民), are upset when the Chinese Communist Party wills it. Flag of the Zhaos’ country.

On January 11, political scientist Qiao Mu (乔木) wrote on his own blog that the recently minted phrase “Zhao Family,” which has come to stand for China’s power elite, was a skeleton key that could unlock phrases like “hurting the feelings of the Chinese people,” and “old friends of the Chinese people.”

“Now,” Qiao wrote, “all you need to do is replace ‘the people’ with ‘the Zhao family,’ and everything becomes clear all at once.”

Qiao is by no means the only one to feel this way. Following the nationally televised “confession” of Swedish national Peter Dahlin on January 20, in which he said he had “hurt the feelings of the Chinese people,” one Weibo user rejoined:

To those foreigners saying on TV that they hurt the feelings of the Chinese people, let me just say that I am one of these Chinese people, and my feelings haven’t been hurt at all. I think the only feelings you’ve hurt are those of the Zhao Family.

The question of power and legitimacy also unlocks the mystery of why tiny Saint Lucia was able to rattle China’s nerves.

In March 2007, Saint Lucia resumed its “diplomatic relationship” with Taiwan, which China regards not as a sovereign nation but a “runaway province.” China’s foreign ministry announced at a press conference that it “adamantly opposed” Saint Lucia’s decision to allow a visit by a “so-called ‘foreign minister’” from Taiwan. Saint Lucia, it said, had “gone against the communique establishing diplomatic relations between China and Saint Lucia, and hurt the feelings of the Chinese people.”

Naturally, the “Zhao family” takes umbrage at anything calling into question its claim over the integrity, identity and, yes, the “feelings” of the Chinese people.

Research for this timeline was conducted by CMP researcher Xiao Han.

Why so sensitive? A complete history of China's 'hurt feelings'