Despite official coyness surrounding the HK$30.4 billion Hong Kong Boundary Crossing Facilities (HKBCF), it now appears unlikely the projects will be completed before 2021. Suppliers of construction materials say they have been told by their customers working on HKBCF projects that they are running up to five years late. 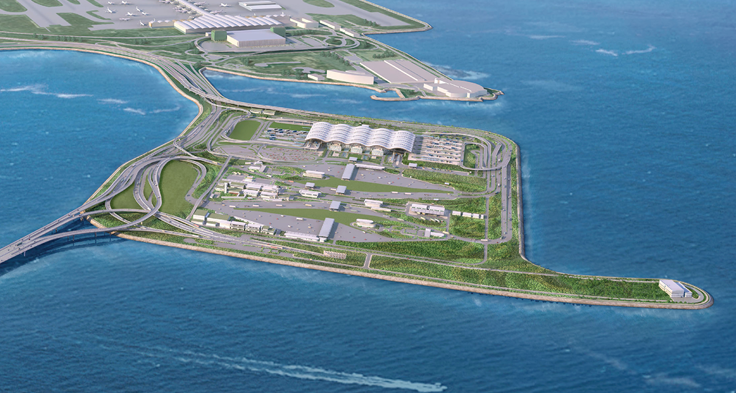 ‘Toothpaste’ mud
This differs somewhat from a comment by the Highways Department in September contained in a written response to this website: “… the HKBCF project may not be completed in time by end 2016.” Indeed it appears to be a significant understatement. Readers may recall earlier stories here (and here) which drew attention to serious problems affecting the HKBCF artificial island that is being reclaimed.

Parts of the island, particularly the sea-wall, have been moving. Engineers say this is because in attempting to speed up the settlement of the reclamation, too much weight has been applied too quickly. This has changed the nature of the marine mud and in effect turned it into ‘toothpaste’ resulting in unanticipated movement.

The Highways Department (HD) has admitted in an email to HowardWinnReports.com that movements “of up to 6 or 7 metres” have occurred in various parts of the reclamation. Other sources say there has been movement of up to 20 metres, which the HD says is not true. The movement, the department says, is the result of adopting a non-dredging seawall construction method which is being used in Hong Kong for the first time. 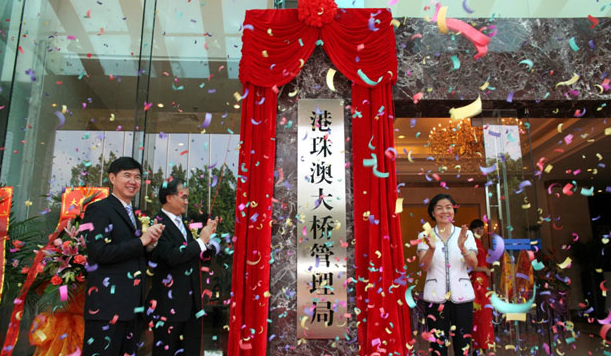 The HD told this website the movement was ‘normal,’ and the delays were due to…,“challenges such as unstable supply of materials, shortage of labour, restriction in airport height and constraints in environmental protection requirement.”

One engineer remarked to this website: “If it was normal then the time would have been built into the programme and the contractors that are supplying the infrastructure on top of the island would have had a different timetable.” He added, “There’s a substantial delay because there is a significant problem.”

Sinking feeling
The delays to the project are likely to result in heavy compensation claims pushing up the cost of the project from its current HK$30.4 billion. The HD has already submitted a request to the Legislative Council for an additional HK$5 billion which is awaiting approval. This is an increase of 16 per cent but it is unlikely to be the last request. A loss adjustor has already been appointed which suggests that claims are already being made. According to industry sources, the Hong Kong government has a reputation for bullying contractors who may be considering making a claim against the government. Contractors say the government is not averse to reminding them that a claim might affect their chances of winning future government contracts. The HKBCF reclamation is being constructed by China Harbour Engineering Company at the Northeastern tip of the airport, opposite the Hong Kong SkyCity Marriott Hotel. It is a 150-hectare artificial island of which 130 hectares will be used for passenger and cargo clearing for traffic using the Hong Kong-Zhuhai-Macau bridge, while the remaining 20 hectares will provide the landing point for the tunnel linking the artificial island to Tuen Mun, which is being built by Dragages. The HKBCF, according to the HZMB website, comprises cargo and passenger clearing and vehicle inspection facilities, offices for the Immigration Department and Customs & Excise, along with road networks, and a public transport interchange. Gammon is building a link from the island to the North Lantau Expressway. The HKBCF is a key hub without which traffic cannot flow across the new bridge. 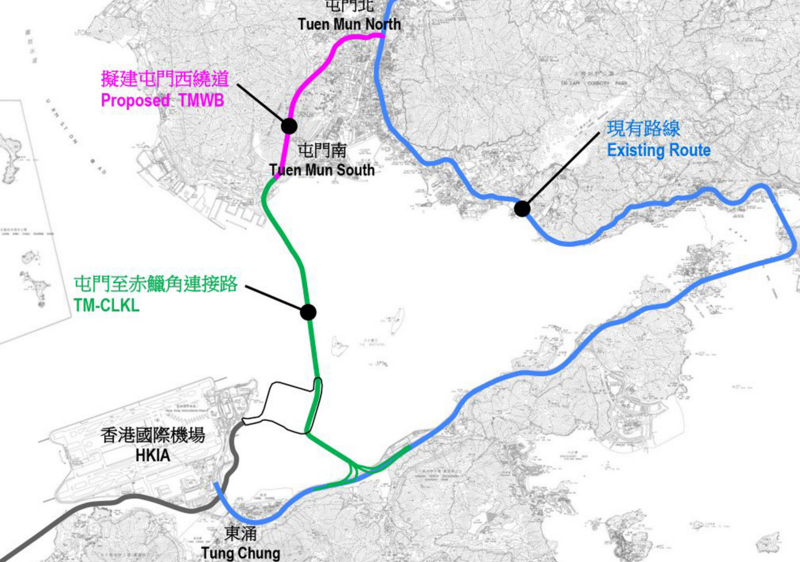 However, the government is likely to be spared the embarrassment of completing its share of the HKZMB-related projects five years after mainland China completes its section of the bridge. This is because mainland contractors are having problems with the six-kilometre tunnel sections of the project. Director of Guangdong National Development and Reform Commission Li Chunhong was reported earlier this year to have said that 2020 was a difficult target. The website, The Real Hong Kong News, recently reported that Li said the contractors were having difficulties in joining the tunnel sections together and described the process “as difficult as docking and berthing spacecraft.” The tunnel sections have been letting in water after being joined together on the sea bed. Li said the contractors had spent three months considering how to solve their difficulties and were supposed to report their findings in October. Misaligned elements
Building the tunnel involves digging a trench, lowering elements of the tunnel into the trench, connecting it to other sections and then covering it up with the material removed from the trench. Each element comprises eight 22.5 metre sections which are joined together at a nearby field factory to form the 180 metre long elements. They are 38 metres wide,11.4 metres high and weigh 72,000 tonnes. The elements are then towed out to their location and lowered into position. But what appears to have been happening is that material excavated from the trench is being pushed back into the trench by the tides and currents making it difficult to align the huge tunnel elements.

In November last year, according to the mainland’s HKZMB website, one of the tunnel elements had to be towed back to the precasting yard as a result of silting in the trench. The Chinese website says that two elements of the tunnel were installed in June, which extended the tunnel to 3105 metres. Progress since then seems to have halted.