Four protesters were arrested after a scuffle in Mong Kok on Sunday night.

The protesters gathered at Sai Yeung Choi Street South in Mong Kok for a commemorative event after they have been protesting there for 300 days. 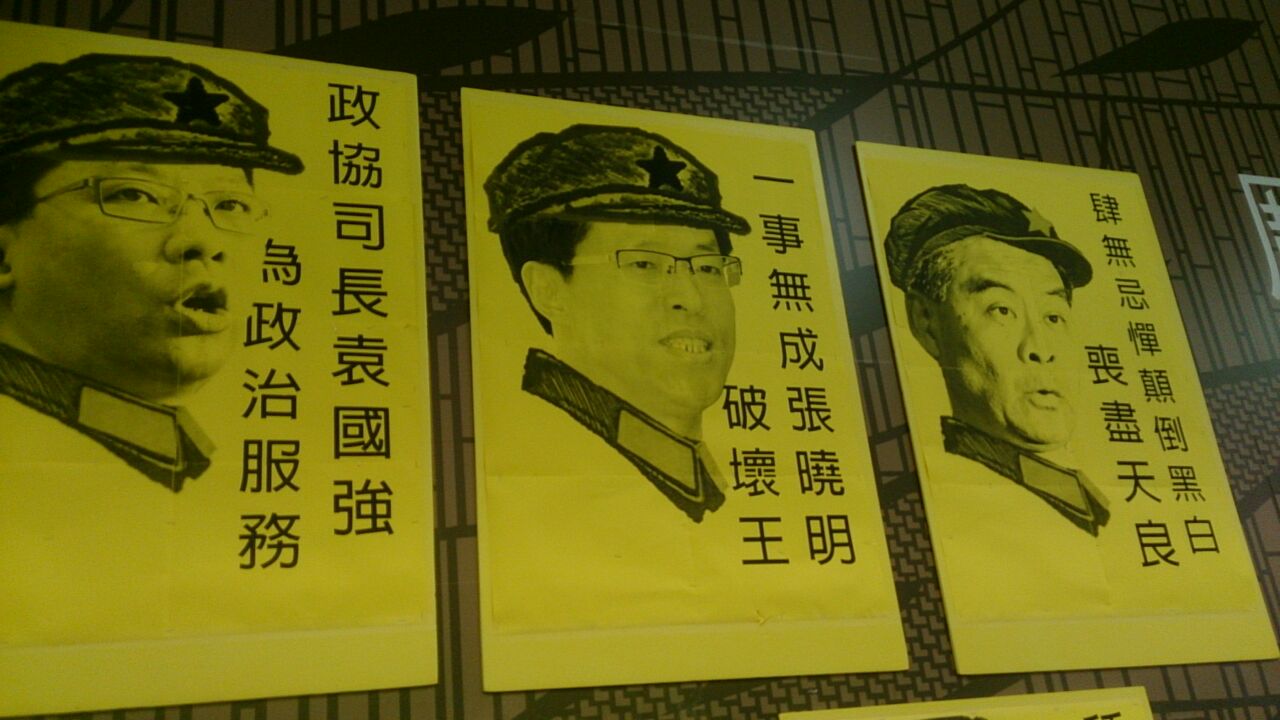 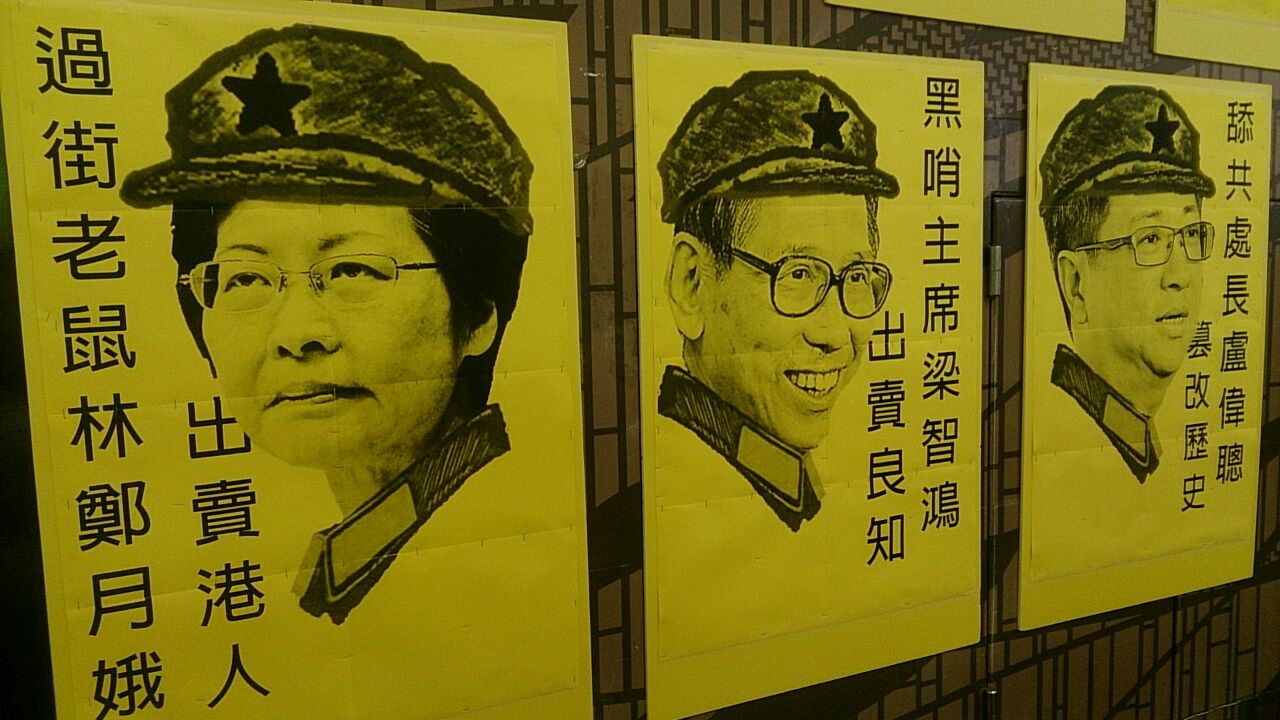 At around 10 pm, counter protesters came to the scene, and a scuffle started between the two groups. 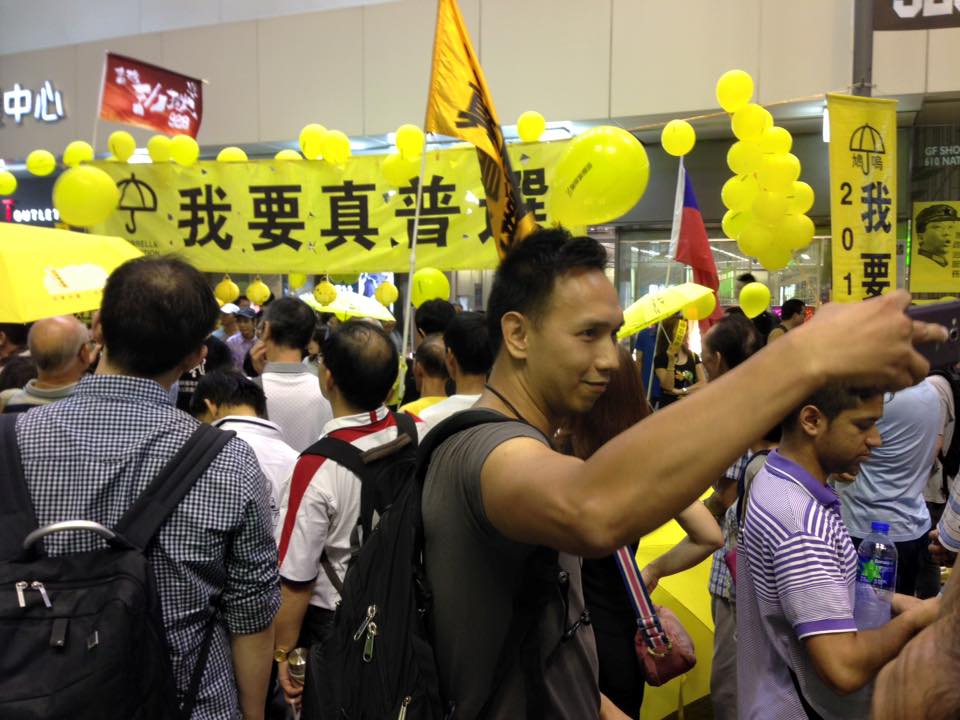 One of the counter protesters (in grey t-shirt) was seen at the scene at 10 pm. Photo: Resistance Live.

A man reported to the police that he was beaten up. The police then arrested four people.

Is this the same man who we caught on camera attacking a young Hong Kong guy on June 28th 2015, also in Mong Kok? When…

Ronald Leung Kam-shing, organiser of anti-smuggling protests in Sheung Shui, and two other men were arrested for common assault.

A 15-year-old protester, commonly known as ‘Chalk Girl’ for drawing a flower on the wall of a staircase of the Central Government Complex, was arrested for criminal damage. 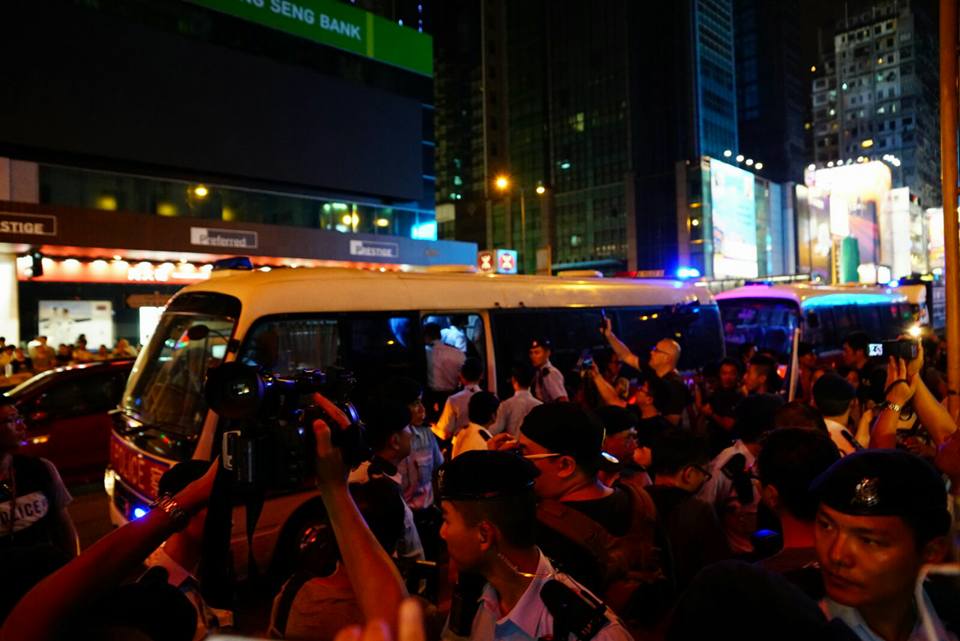 Around 100 protesters then marched to Mong Kok police station at 11 pm to support those arrested. 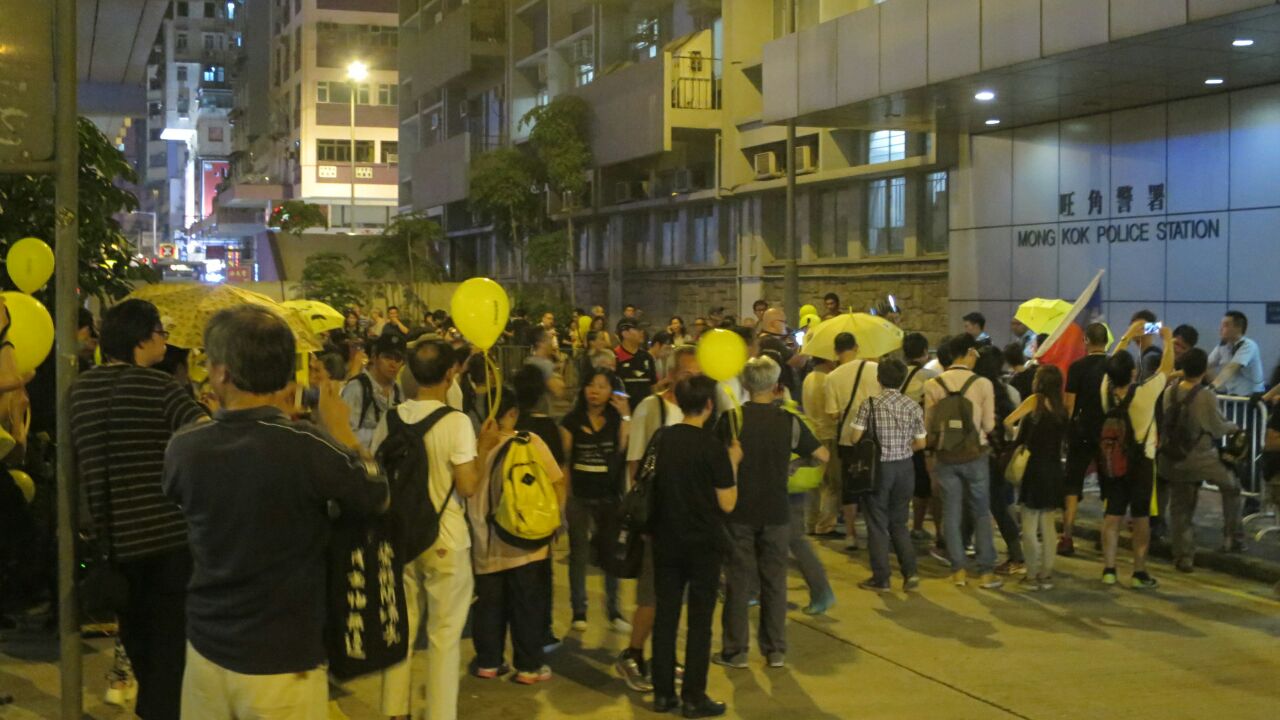 The arrested protesters were released on bail of $500 at 6 am.

Ronald Leung said after he was released: “The police should be more professional, they should not just arrest someone based on someone finger pointing at people [to ask police to arrest them],”

“If this is the case, why didn’t police arrest people who have incited scuffles and attacked us in Mong Kok for some time,” He added. “We have evidence [for police] to arrest them, but police brought them onto their vans and released them elsewhere. This is unjust,”

“If this injustice continues, I think the police and the department of justice should apologise to us.” 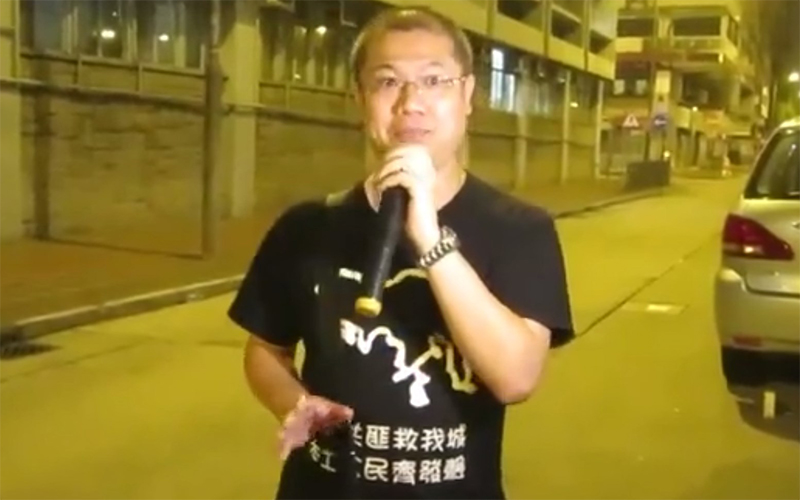 Ronald Leung made a speech after he was released from police station. Photo: Resistance Live.

The nightly protest was started after the pro-democracy occupy protest was cleared in Mong Kok in November last year.

It was nicknamed ‘Gau Wu’ — Mandarin for shopping — for protesters had said they were in Mong Kok to shop, as Chief Executive Leung Chun-ying had urged people to help small business in Mong Kok affected by occupy, after the protest was cleared.