Local groups Refugee Union and Socialist Action organised a march on Saturday to protest at the Immigration Department’s treatment of refugees and torture claimants, and to show solidarity with other refugees worldwide. 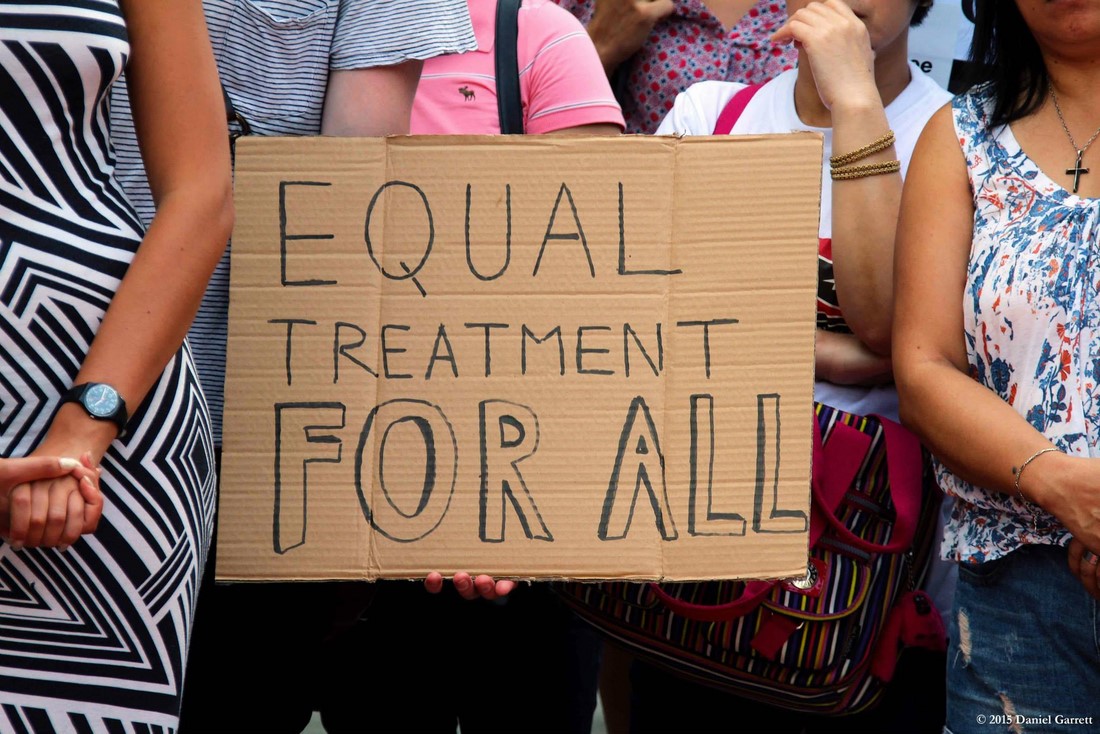 Dozens of protesters marched from Chater Garden in Central to the Offices of the European Union in Hong Kong. 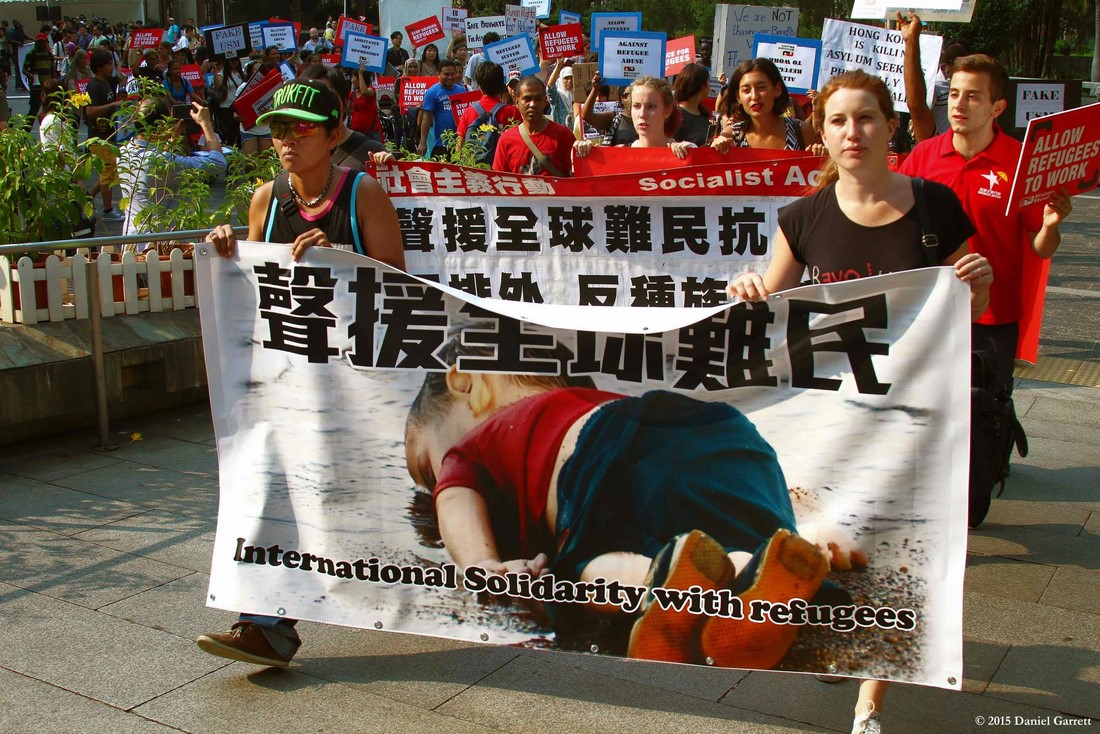 However, the EU staff refused to speak to the group and denied the protesters access to their office. 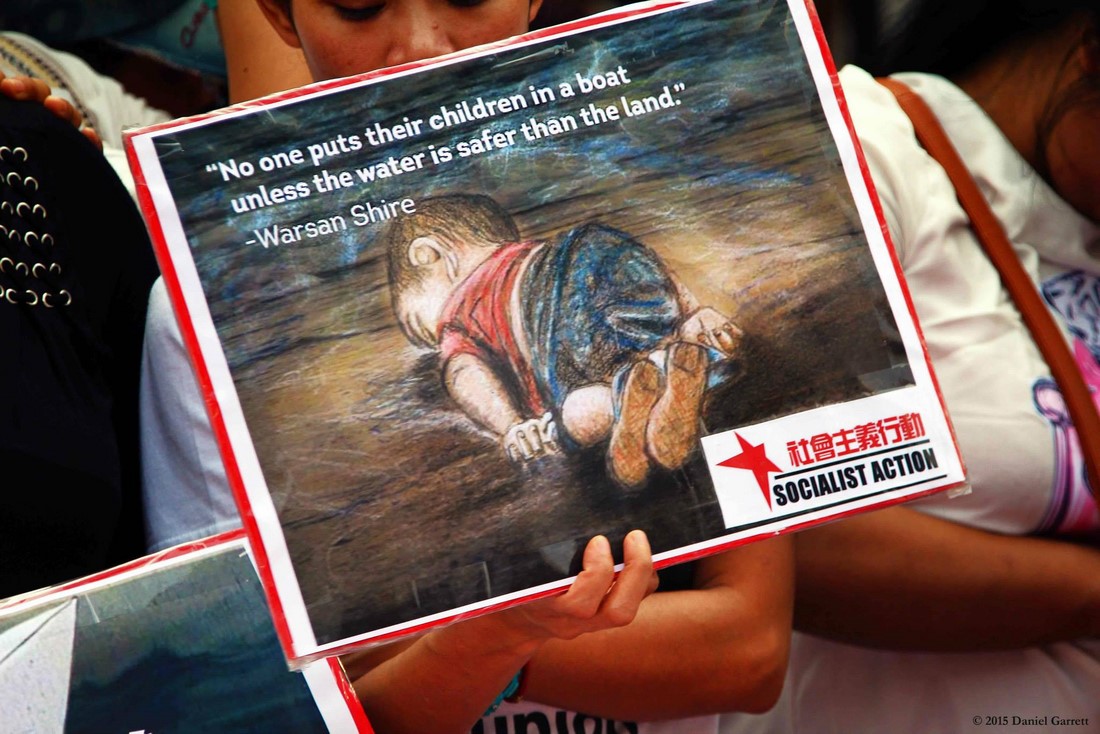 In a press release, Peter Maina of Refugee Union said: “Here in Hong Kong we cannot over-emphasize how much the refugees are suffering. We urge the government to treat refugees fairly, accord them protection and restore their dignity by giving them rights as human beings…  The government should also allow refugees to work so that they can support themselves fully, instead of offering them inadequate welfare assistance that dehumanizes and leaves them destitute.” 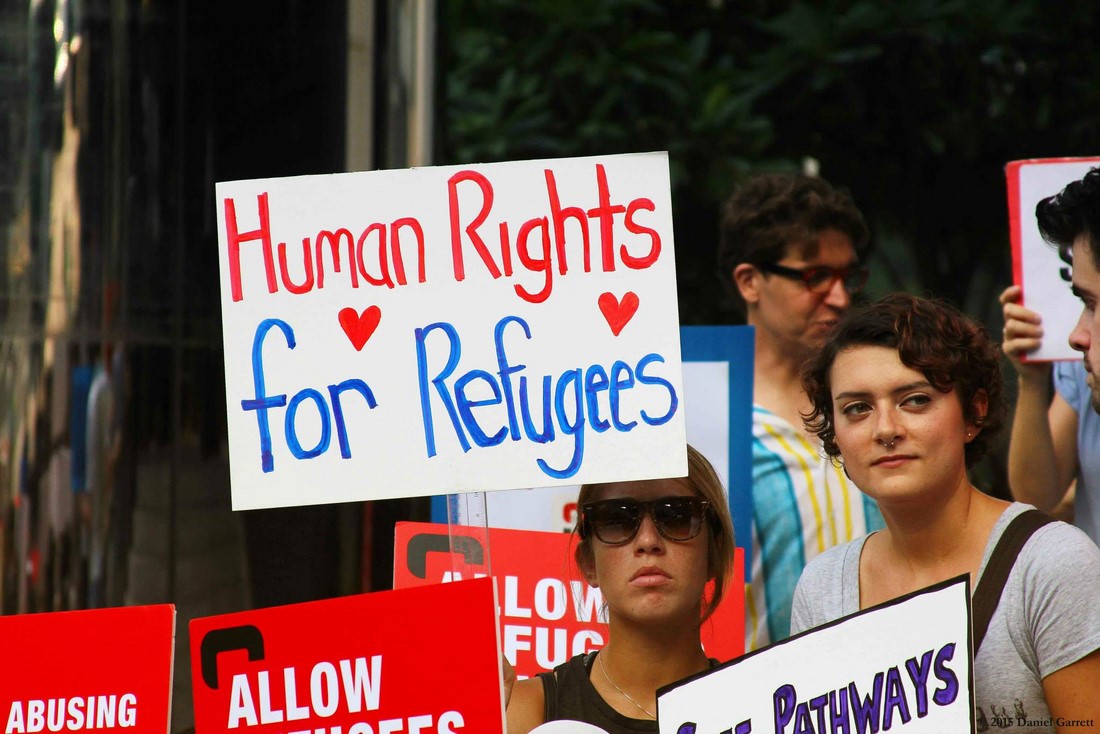 Protesters condemned the low recognition rate of torture claims in Hong Kong, which is currently less than 1%, Apple Daily reported. They also criticised the policy that bans refugees from working while their claims are being processed. 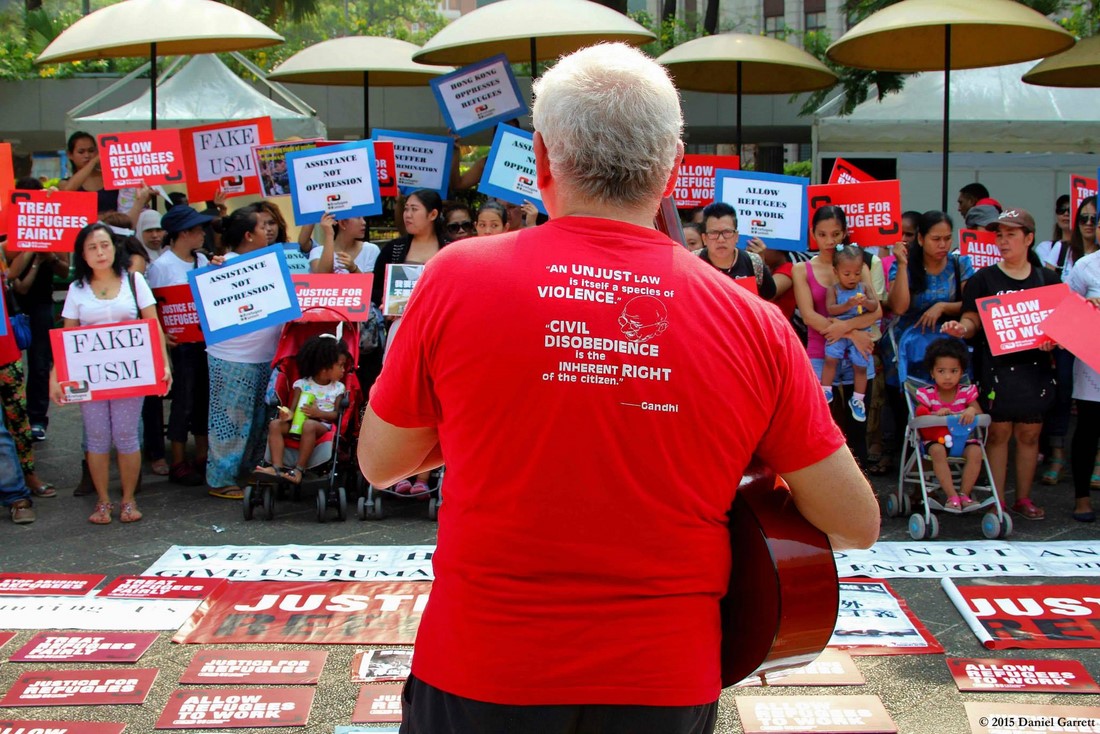 On the same day, people across the globe organised events in their own towns and cities to show solidarity with the thousands of people fleeing war, violence and destitution. The events, collectively known as “Day of Action”, include protests, welcoming parties and candlelight vigils. 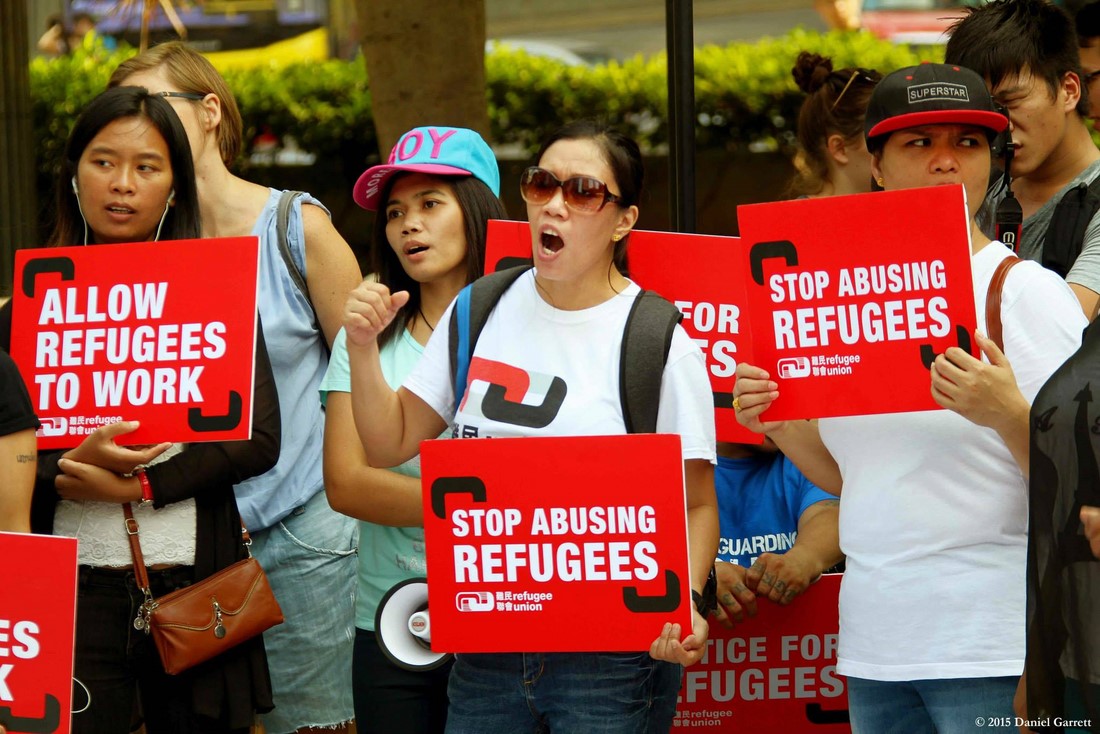 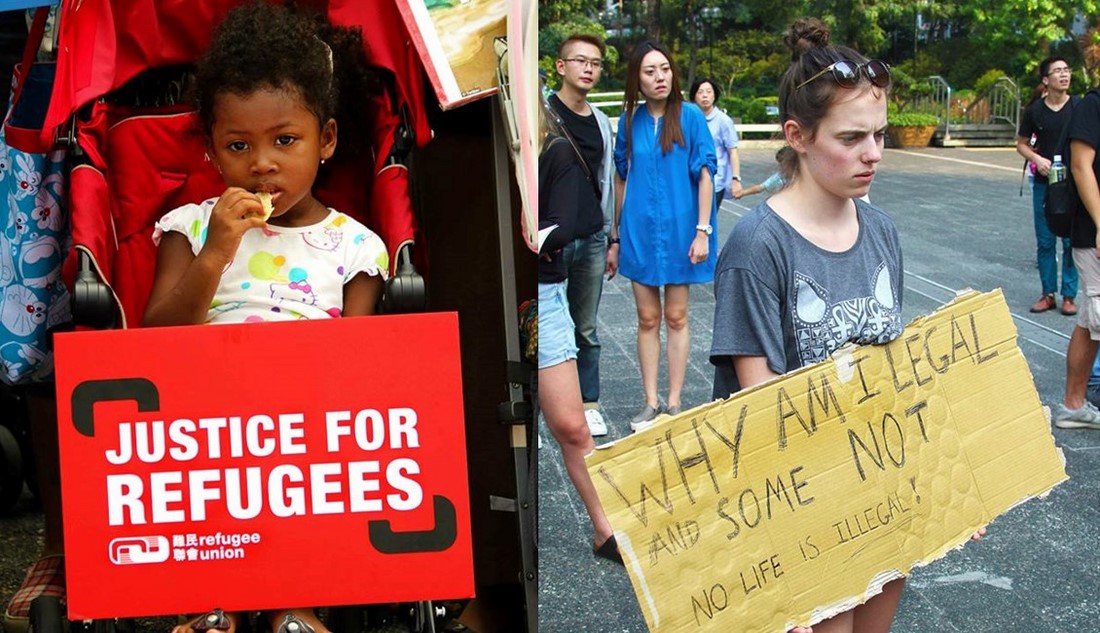 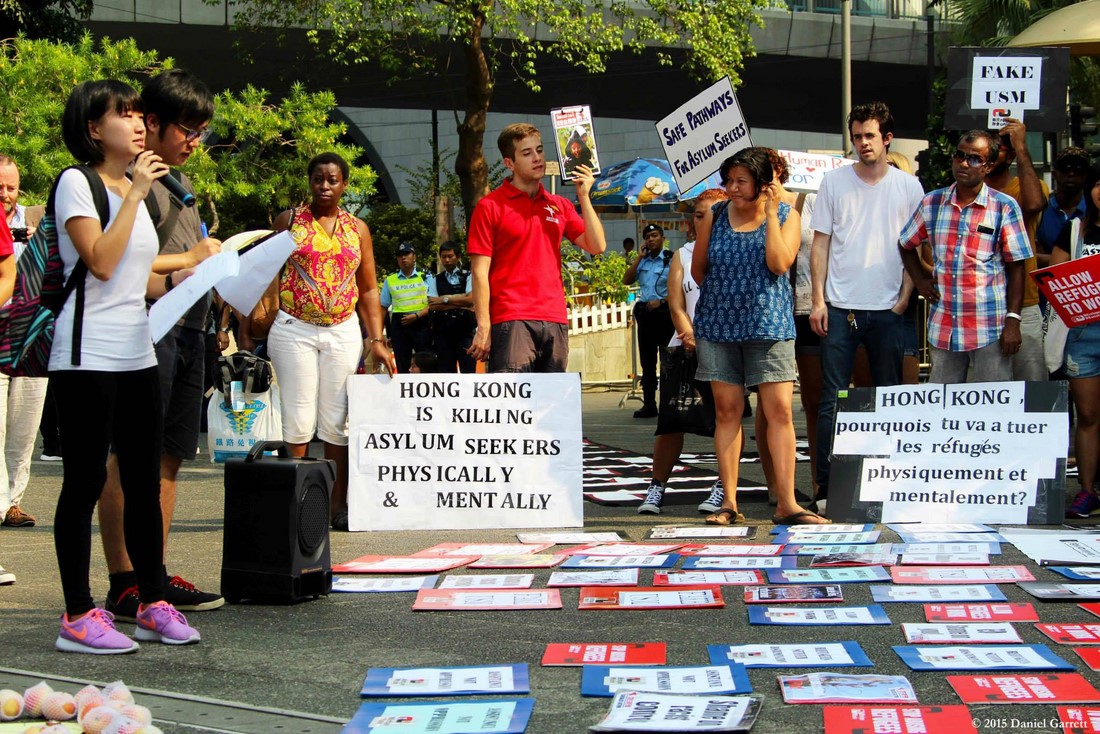 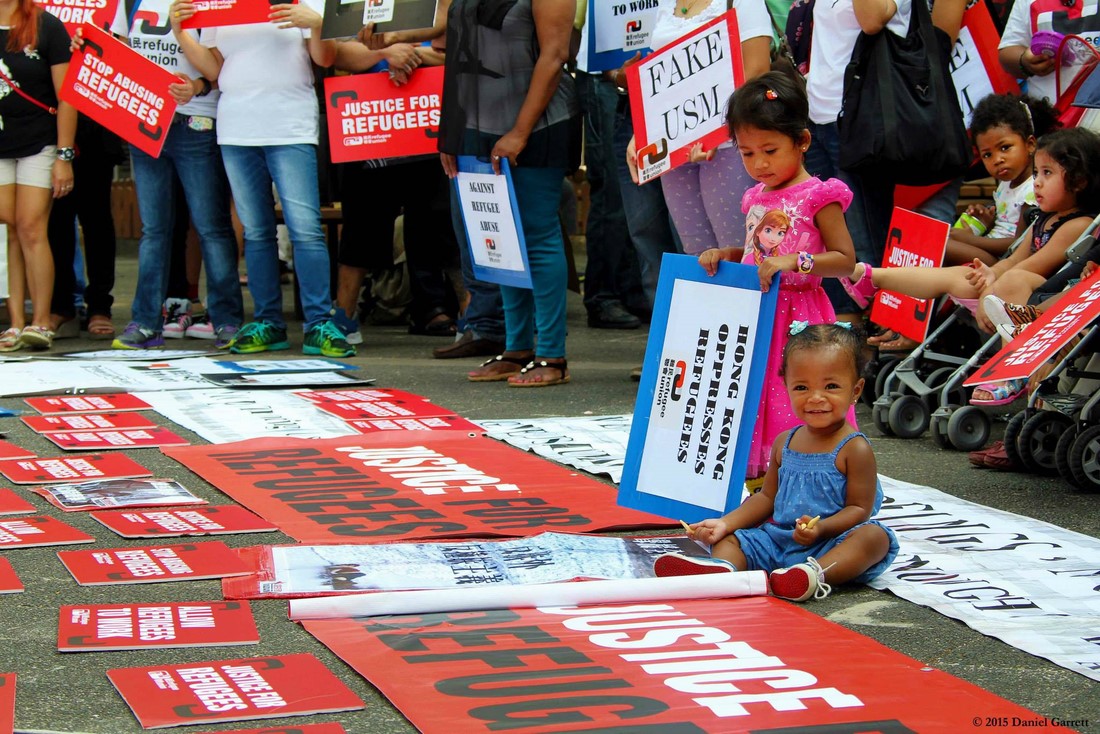 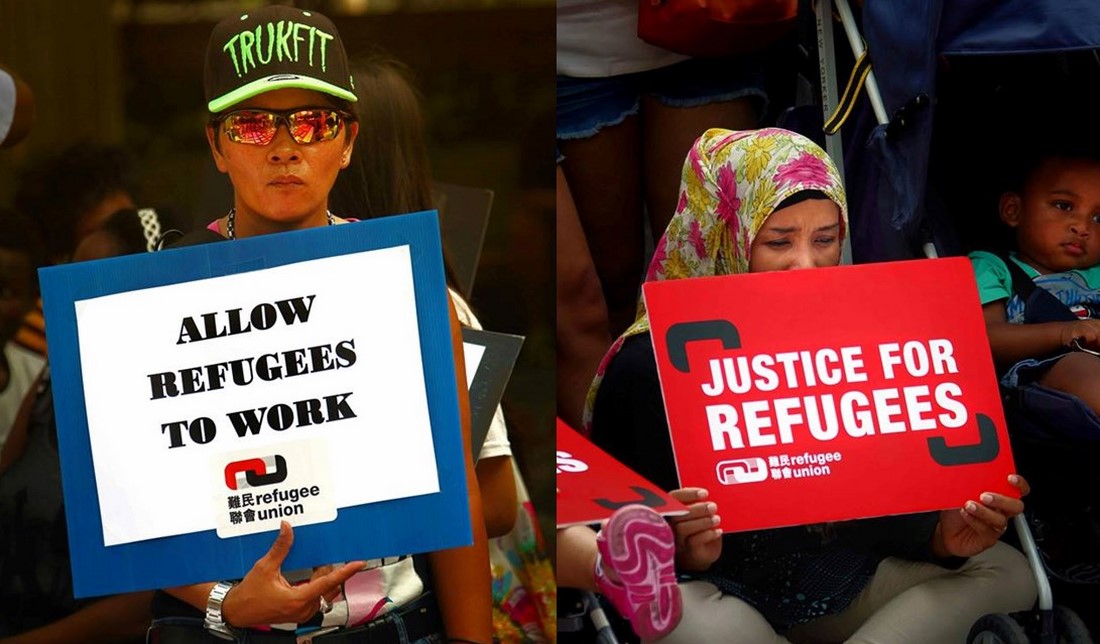 Established in 2014, the Refugee Union is a society for protection of claimants in Hong Kong, with the aim of safeguarding refugee rights and improving the protection, well-being and future prospects of all refugees.

HKFP Lens: Hongkongers march to EU office in show of solidarity with refugees