FedEx was asked to make its stance clear after competitors UPS and DHL both made announcements against transporting shark fins last week. 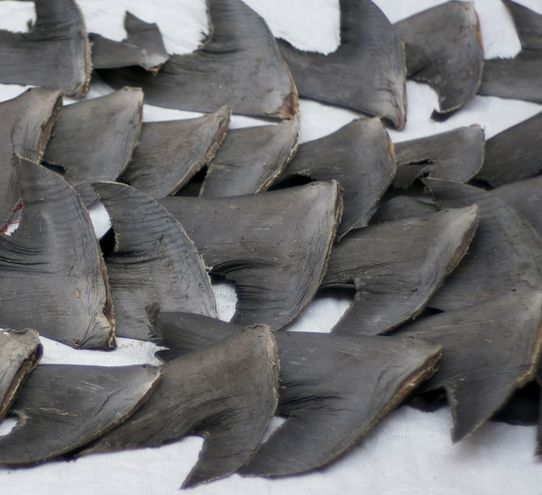 In a statement to WildAid seen by HKFP, FedEx evaded the question and said it “will not knowingly accept shipments of animal parts that violate local, state or federal laws or regulations, or our shipping guidelines.”

“This is a typical ‘push back’ type of statement. It means they will continue shipping shark fins,” said Alex Hofford, campaigner for WildAid.

The group will coordinate with its colleagues in Singapore to launch protests against FedEx’s stance, Hofford said.

“We want to do the Singapore protest on the same day. And we will probably do like we did last time with UPS—like a global day of action,” Hofford said.

Meanwhile, online campaigns calling for FedEx to stop shipping shark fins are gaining steam. A petition on thepetitionsite.com has gathered over 95,000 signatures in just a few days. UPS said on August 19 it will stop delivering shark fins following protests outside its offices around the world.

In a statement, the company said its main concern was that it is difficult to differentiate fins from shark species protected by the CITES international treaty—of which trading is illegal—from those which are not.

“The potential for misidentification presents an unacceptable business condition for UPS to continue carrying shark fins,” the statement said.

DHL said on August 20 that it does not transport shark fins or other animals and animal products “known or suspected of being gained by unlawfully killing the animals or that have been gained in violation of any national or international animal welfare act.”

Shark fin soup is a traditional Chinese dish often associated with status and wealth. Shark finning, the practice of removing fins from sharks and throwing the rest of their bodies into the ocean, has long been criticised as a cruel practice.