The leader of student activist group Scholarism has laid out his vision for Hong Kong’s democracy movement in the run-up to 2047, when the city’s “one country, two systems” agreement is set to expire.

In a 4,000-word op-ed published in Ming Pao on Sunday, Wong puts the ultimate goal for Hong Kong as achieving “continued autonomy”. In order to accomplish the aim, he wrote that Hongkongers must first have the right to determine the city’s future.

In the article, Wong asserted that “unless Hongkongers can accept that Hong Kong’s judicial independence and freedom of speech could cease by 2047, ‘continued autonomy’ is a direction that the democracy camp cannot avoid.” It would be crucial for Hongkongers to establish a system to hold referendums, he said, followed by a discussion about amending various aspects of the Basic Law and establishing a contract within civil society. The aim would be to engage the public in social and political issues. He said that Hongkongers need to fight for the right to hold a referendum to determine Hong Kong’s sovereignty and create a new constitution after 2047.

He also added that in 2047, he would hope for a middle-aged Wong to be able to tell students that “Hongkongers of my age have finally and successfully achieved the ideals of democracy and autonomy.” 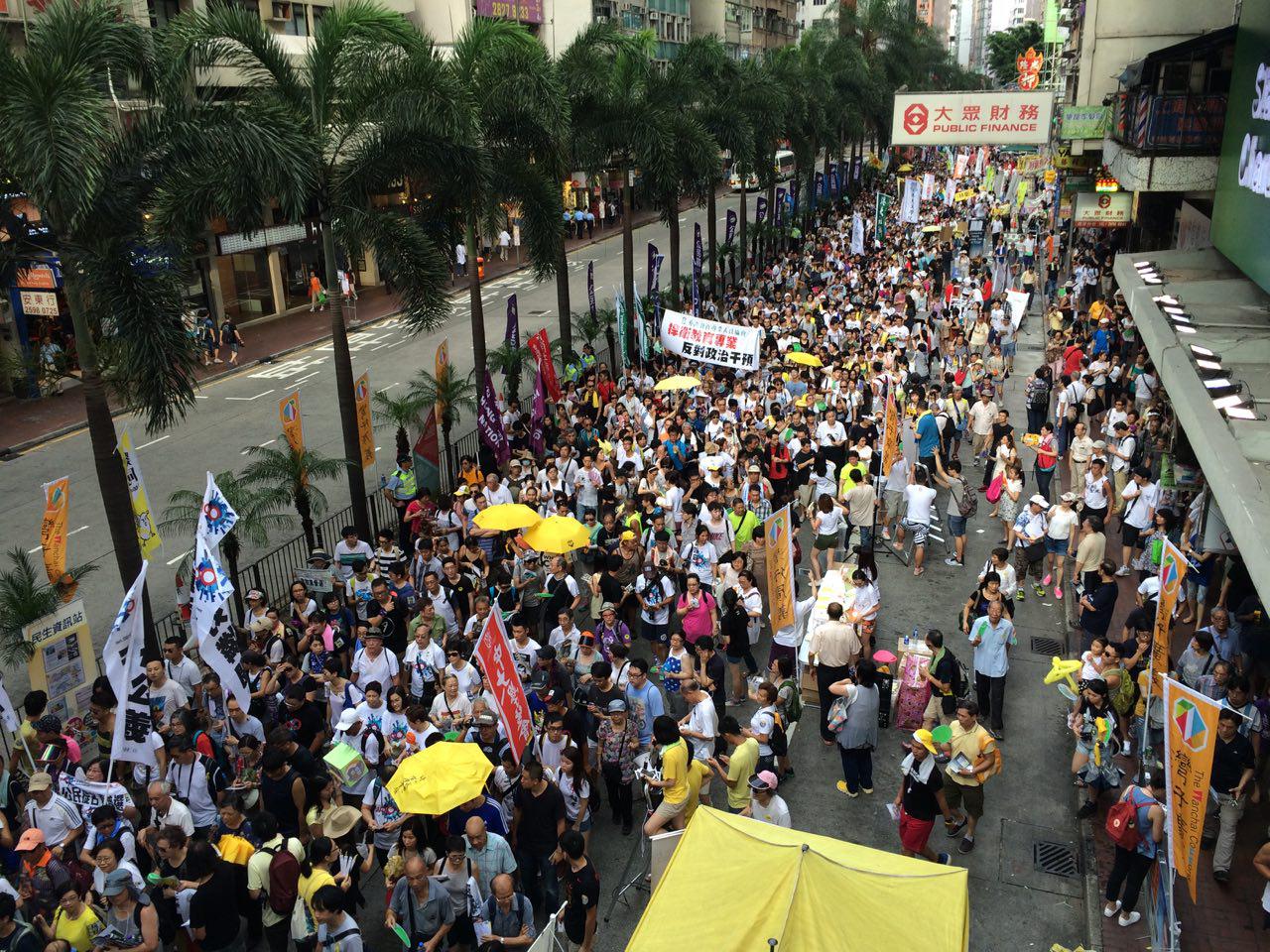 Wong wrote that following political reforms, the various strands of the pro-democracy movement have not had a clear or identifiable goal. He commented that localism has yet to gain mainstream approval, however presented ideas such as “self-governing city-state” and independence. Pan-democrats have also failed to present a new idea to replace “returning to China democratically”, which was the aim of the democrats since the Handover, and neither is it convincing to continue fighting for universal suffrage in 2022. Likewise, he said that the goal of students advocating for amending the Basic Law is too far-fetched for the public to digest and participate in one go.

Wong was also critical of the more mainstream ideas of focusing on the increasing representation through the elections and defending various aspects of society such as professionals and education sector from mainland China’s control. He described such thought as “the same as the mentality of ‘contesting every inch of ground’ over the past 30 years,” meaning that one aims to increase the chances of the central government accepting Hongkongers’ demands by increasing the pro-democracy camp’s representation in various aspects of society.

He added that one cannot explain their concrete demands simply by focusing on the number of seats the camp have in the political system or the illusive slogans of “anti-mainlandisation” or “defending core values”. Only by presenting a vision for the pro-democracy movement for the next five to 15 years can one “remove the civil society’s sense of helplessness.”

Wong wrote that the biggest lesson for the pro-democracy camp over the political reform of this term is that developing trust with the central government is “wishful thinking”. He added that people have further realised that “the celestial empire of China has changed its governing policy for Hong Kong”, citing the white paper announced by the executive of the central government last year, in which China stressed its total control over Hong Kong and encouraging cooperation between the three branches of government. Wong concludes that, by 2030, Hong Kong would likely have to face “the question for its future for the second time”. He wrote that the pro-democracy movement must infer its next 15 years of actions based on achieving the goal of self-determination via a referendum.