By many measures, Hongkongers are generous. According to the Home Affairs Department, the number of tax-exempt charities has risen from 3,250 in 2000 to 8,831 in 2016.

The government cited a ranking by Charities Aid Foundation (CAF), a British charity, in a recent report. CAF has ranked 147 countries in the level of their generosity, by three categories and a meta-score called the World Giving Index.

The data has been collected by Gallup, as part of its World Poll Initiative, since the index’s inception nine years ago. Here are a few observations from the results from 2015 to 2018. In the past three available editions, Hong Kong’s ranking has remained steady between 26th and 30th. This has kept the city above egalitarian Sweden and Finland, and below high trust societies like the United States, Australia, and Canada.

Hong Kong has consistently performed better in rankings of “donated money to a charity?” in which Hong Kong ranked 11th among the surveyed countries and dropped to 21st before rising to 18th in 2018, than in “Helped a stranger, or someone you didn’t know who needed help?” or “Volunteered your time to an organisation?”

By absolute scores, Hong Kong is a long way from the top. In 2018, Hong Kong has a score of 44% in the World Giving Index. Indonesia, which places first, scores 59%. On willingness to help a stranger, Hong Kong scored 60%, which is much lower than Libya’s 83%.

Hong Kong has a “willingness to donate” score of 55%, which is much lower than Myanmar’s 88%. This category, by the way, is where Hong Kong holds the highest rank. Finally, Hong Kong scores 19% in time committed to volunteering, which is abysmal compared with Indonesia’s 53%.

Hong Kong’s goal should not be just to improve relative to other countries. It should also try to obtain higher index scores in each of the three categories as well as the conglomerate total.

How well private individuals and companies conduct philanthropy demonstrates how well we combat inequality: a city-wide effort to reallocate time and resources from the mega-rich and rich to the less fortunate – and the average person to the poor. 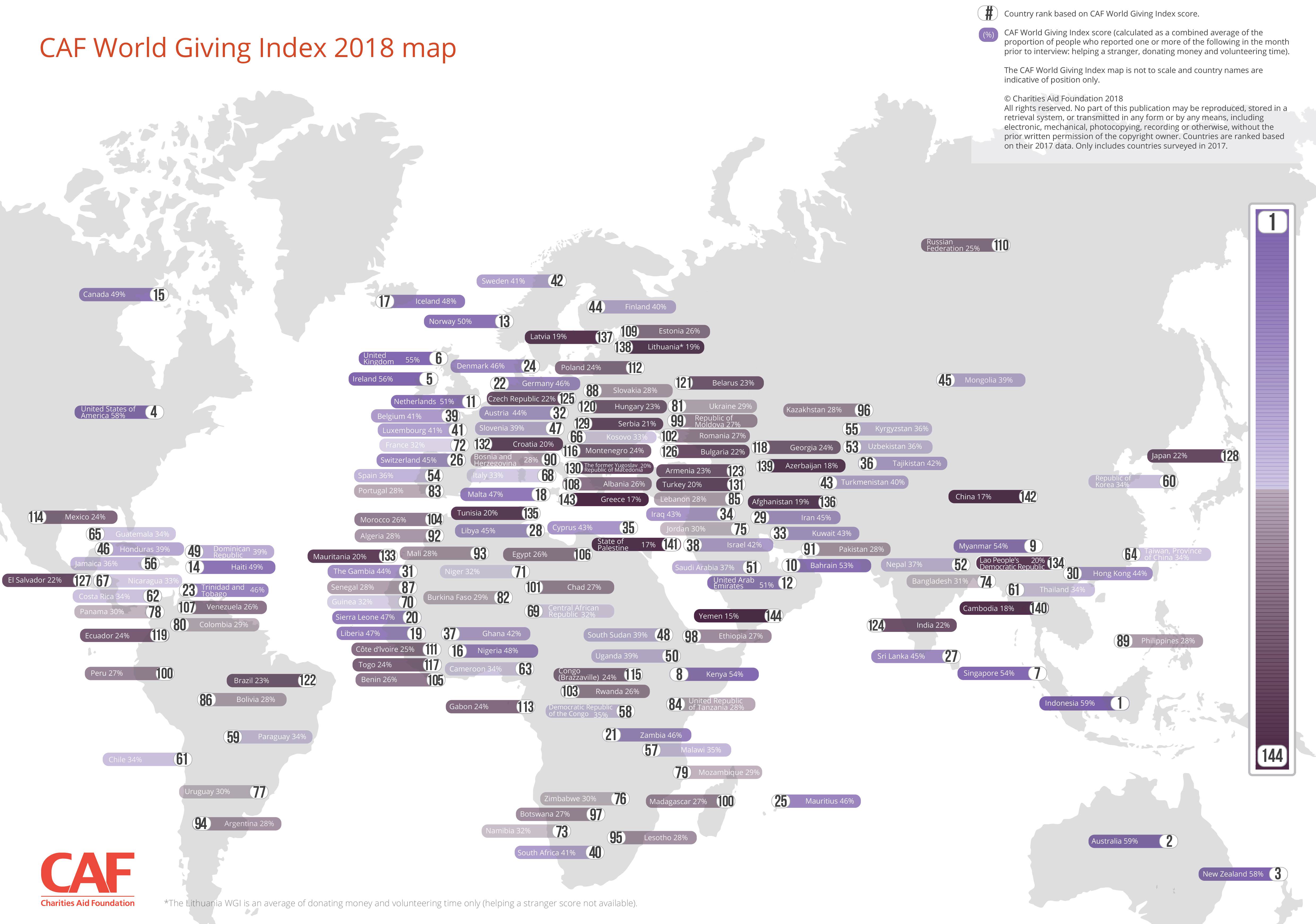 The government can play a role in promoting philanthropy at all social levels. Encouraging the creation of civic organisations and the development of community sports and music can foster trust and goodwill between people in a community. People who are closely bonded are more likely to help each other in times of need and to volunteer.

It can sponsor classes and workshops to teach and support more people who want to set up charities – or strategic, effective, venture, and student philanthropy. Generous Hongkongers would want to donate to charities with which they can identify and to which they are emotionally attached (in fact, many large donations in the city continue to be to a wealthy benefactor’s alma mater). A match is more likely if a greater variety of causes are available to them.

Hong Kong’s lopsided focus on giving monetary gifts rather than on-the-ground and hands-on volunteerism is also worrying. After all, what is the use of donating more money if there is a lack of volunteers? What if there are not enough volunteers willing to supervise the clothing collection site or stock the food pantry?

Would a good Samaritan who feeds a homeless man be more useful than the cache of money that floods in when he falls sick from the cold? We must remember that the goal of philanthropy, apart from narrowing the income gap, is to make us more human.

It's not just about money: effective philanthropy in Hong Kong needs more effort from everyone