Activist Nathan Law says the result of his jail sentence appeal will mean a lot for Hong Kong’s rule of law.

The democracy activist and former lawmaker walked out of the Court of Final Appeal at around 1:10pm, hours after his bail request was approved alongside activist Joshua Wong’s.

The court will hear their application for leave of appeal on November 7. Law said was unable to speculate about the result, as he lacked information.

Wong and Law were sentenced to six and seven months in jail respectively in August by the Court of Appeal over their participation in the Civic Square clashes that led to the 2014 Occupy protests. He said he has been keeping up with the news through the television and newspapers, and learnt that many things have been happening whilst he was in jail – namely the Express Rail joint checkpoint arrangement controversy, and the planned changes to the legislature’s Rules of Procedure.

“I hope I can fight with many of my friends on these now that I am on bail,” he said. “Even though we are not free in prison, we still hang on and set our mind free and still continue to fight on.” 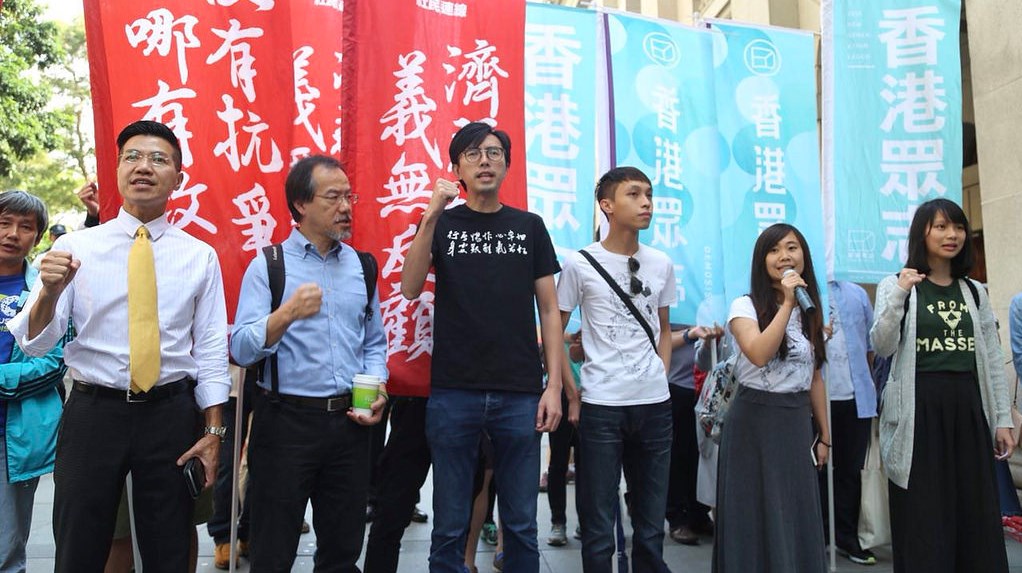 Lawmakers and activists outside the Court of Final Appeal on Tuesday morning. Photo: In-Media.

He said the first thing he hoped to do was to have a meal with his family in light of the recent Mid-Autumn Festival. Asked how he felt when he first saw them face-to-face, Law said: “A glance can express many feelings.”

“Prison was a place that I needed to adapt to… of course there were times that I was not feeling good there. But I believe that many friends fighting on the path to democracy have been prepared for that. This would not harm our determination for democracy,” he said.

Thanks to everyone waiting patiently outside the court of final appeal for us to release on bail. & Thanks for the warm support so far.(1/2)

Asked if he has anything to say to Chief Executive Carrie Lam and Secretary for Justice Rimsky Yuen, he said: “Not much. I just want to thank my family members.”

Fellow Demosisto activist Joshua Wong, who was also allowed out on bail, will likely emerge from the court after lunch hours end at 2:30pm.

Activist Alex Chow did not apply for bail.

Law said Chow may have his own considerations as he was supposed to start his PhD programme overseas next year. Chow has around five months in jail remaining left to serve.

Last year, the trio were found guilty of inciting others to take part in an unlawful assembly by the Magistrates Court. They were initially given a community service sentence, which they already served.