A hill fire bigger than six soccer fields is raging on Lamma Island, according to a police spokesperson.

The blaze broke out at around noon on Tuesday near Hung Shing Ye beach, a popular spot for tourists. The spokesperson told HKFP that the family walk between Yung Shue Wan and Sok Kwu Wan was closed, affecting nearby Luk Chau. She added that the inferno was bigger than six soccer fields.

She said that an evacuation was unnecessary, as it was not close to residences, and that the cause is yet unknown. Edmand Lau, a Lamma resident who was hiking nearby when the fire broke out around 12:15, told HKFP that he saw the fire up to 400 metres away from his position and called the Lamma Police station. 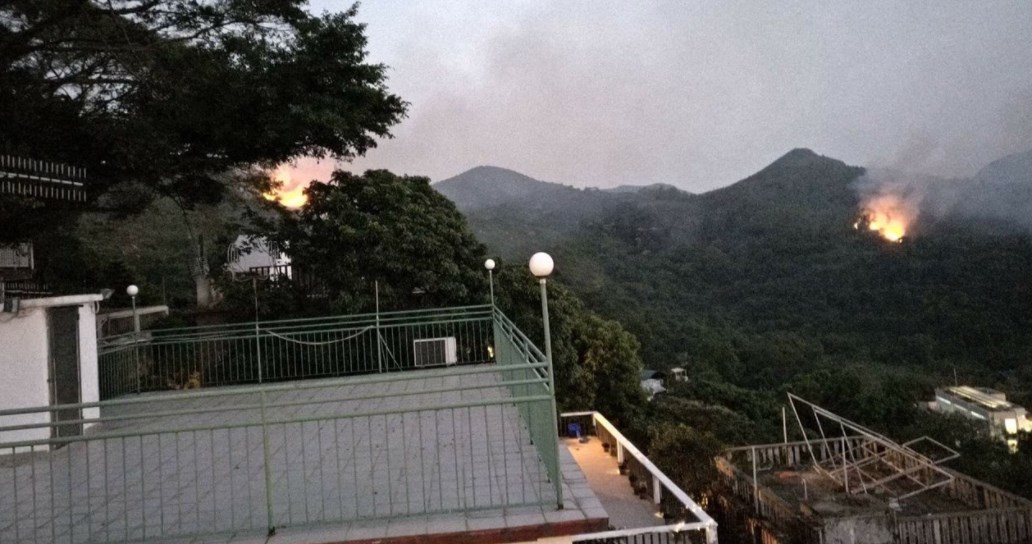 He said that he believed it was more likely a man-made fire, as it broke out by the road near the youth hostel. There were groups of tourists walking on the road at the time, and some of them were smoking, he said. “Judging by the fire and the situation at the time, the possibility that it was caused by people is greater than it being caused by garbage… and the dry weather,” he said.

Multiple residents confirmed to HKFP that the fire was still raging at 5:30pm, with helicopters dumping water onto it. Lamma resident Robert Lockyer, who was on scene, told HKFP that – based on his observation – the fire service is letting it burn to a control line and expire. Local residents complained of smoke and posted photos of firefighters walking through the Yung Shue Wan village on Facebook. The Fire Service Department has been contacted for comment.