S&P, which said the semi-autonomous city had “very strong institutional and political linkages” with China, slashed its rating to AA-plus from the highest AAA. 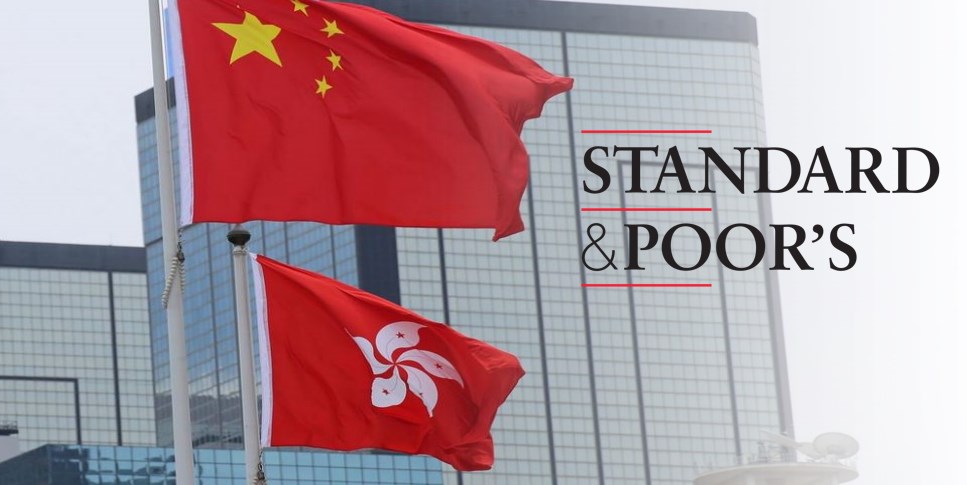 “We view a weakening of credit support for China as exerting a negative impact on the ratings on Hong Kong beyond what is implied by the territory’s currently strong credit metrics,” the agency said in a statement.

“It has been widely anticipated that S&P would eventually follow the others and that Hong Kong would be dropped a notch too,” he told Bloomberg News.

New York-based S&P on Thursday said a “prolonged period of strong credit growth has increased China’s economic financial risks”, and downgraded the world’s number-two economy from AA-minus to A-plus — its first downgrade since 1999. While the credit growth has fuelled China’s economic expansion and high asset prices, “we believe it has also diminished financial stability to some extent”, the agency said.

Debt-fuelled investment in infrastructure and real estate has underpinned China’s growth for years but Beijing has launched a crackdown amid fears of a potential financial crisis.

China posted better-than-expected second quarter growth as the economy expanded by 6.9 percent, but analysts have warned that the momentum may not last.

Ratings agency Moody’s downgraded China in May, the first time in almost three decades that the nation’s credit rating was cut.