A Chinese man is being investigated for running a “veterinary” clinic on the street that cut the vocal cords of “noisy” dogs for a fee, local authorities announced Monday.

Chinese media in Chengdu, the capital of southwest Sichuan province, released footage Sunday of the alleged quack using scissors to remove anaesthetised dogs’ vocal cords while their jaws were held open with string. 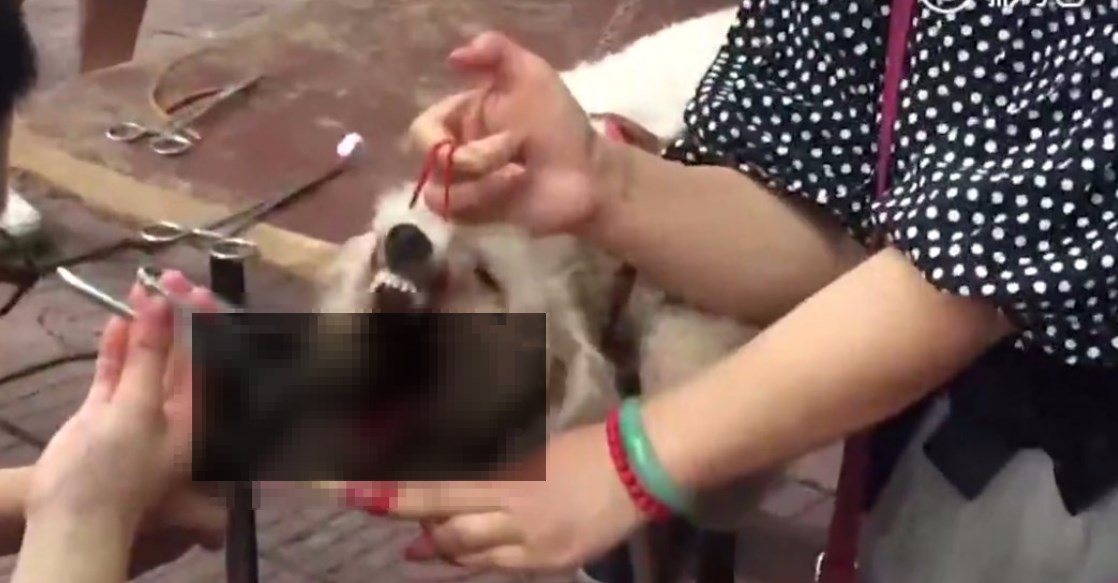 The Chengdu Business Report noted that the self-proclaimed “veterinarian” conducted these five-minute procedures on a table at the side of the street.

The ground by his feet was splattered with blood, according to the video footage. The report said it appeared that he did not wash his instruments between uses.

While debarking — also known as “bark softening” — is an established surgical procedure used to reduce tissue in dogs’ vocal cords and soften (but not eliminate) their bark, the local forestry bureau said in a statement that the man, surnamed Zeng, was not licensed to operate on animals.

His business, which has been ordered to shut down, is under investigation.

Customers interviewed by Chengdu Business Report said they came to the stand because their dogs were too noisy, prompting complaints from neighbours.