The Observatory raised the T8 storm signal at 5:45am on Wednesday, as tropical cyclone Hato approaches Hong Kong. 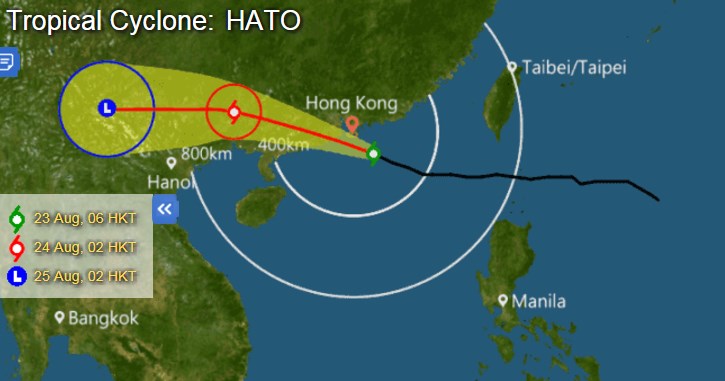 “Hato will edge rather close to the Pearl River Estuary this morning. It is expected to make landfall at around 100 kilometres to the west of Hong Kong this afternoon. The number 8 gale or storm signal will remain in force for most of the time during the day,” the Observatory said.

It would not rule out issuing a T10 – the highest storm signal – should the storm intensify.

‘Tides are currently running about 0.4 metres above normal. The high tide, occurring before noon, and the storm surge induced by Hato may cause a rise in sea levels of about 1 metre or more above normal tide levels. There could be serious flooding in some low-lying areas,” the Observatory added.

Almost all bus services have been suspended, with most MTR trains running at 10-minute intervals.

Update on #Hato– Majority of flights departing and arriving into HK between 6am and 5pm HKT on 23 Aug are cancelled. https://t.co/ByJfb9cixH

Hundreds of flights have been cancelled or rescheduled. Travellers have been advised to contact their airlines.

The night before Typhoon #Hato and I’m at the supermarket where the shelves are bare… okay maybe not pic.twitter.com/ZKvbPBEDKr

The approaching storm was responsible for high levels of pollution recorded this week, the Environmental Protection Department said.

“The intense sunshine enhances photochemical smog activities and the formation of ozone, resulting in high ozone concentrations in the Pearl River Delta region,” the department said. 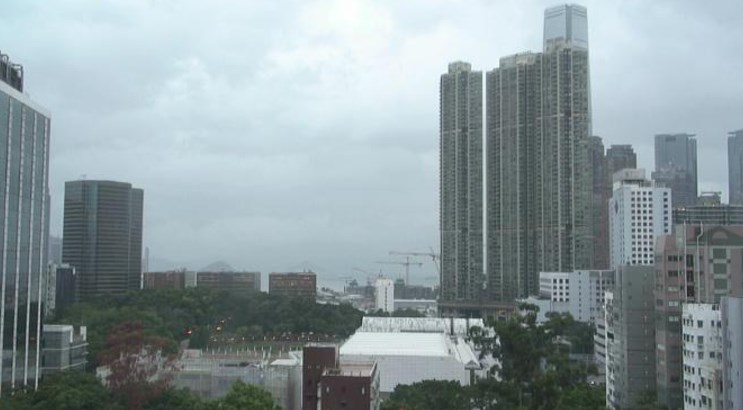 Taiwan activated its disaster prevention system on Monday, whilst China issued an Orange Alert. Around 90 bullet trains set to leave Shenzhen on Wednesday have been cancelled.

Wet weather is expected to continue into the weekend.