Reading the Court of Appeal’s comments on its latest jailings of juvenile dissidents, I was struck by a sudden sense of deja vu. Surely there was something familiar here. Then I got it. In the drama which has been entertaining Hong Kong for the last few years, the judges have chosen their role. They are going to be the two old geezers in the Muppet Show who sit in a box next to the stage and make caustic comments on the performers.

I now regret criticising judges for wrapping their opinions in legal terminology. Because when they speak in something approaching plain English the result is pretty terrifying. Judge Jeremy Poon sensibly wrapped in the usual cotton wool his innovative approach to the law covering demonstrations, which is that a protest is like an armed robbery – participants should have expected violence so they are all to blame. But what are we to make of “If we don’t defend public order, society will easily fall into a state of anarchy”? Public order is a funny thing. People do not obey the law because they are frightened of punishment – they obey it because it embodies the society’s consensus on what is acceptable. If that consensus has been eroded or never existed, then people do what they can get away with and the only crime is to be caught. The rule of law is not an on-off switch; it is a matter of degree.

Even in North Korea you cannot get away with murder unless you are very well connected. Even in Hong Kong, where transgressors are regularly punished by bloodthirsty judges, rich people ignore the rules on parking. Indeed, even as the learned judges were wheeling out the platitude generator, Hong Kong’s establishment was turning out in force for the funeral of Lau Wong-fat, called to his Maker after decades of unpunished misdeeds. “There has been an unhealthy trend in Hong Kong society in recent years, in that there are those [who?] use pursuing ideals or their freedom to exercise rights granted by the law as an excuse to engage in illegal activity. Some people, including academics, promote slogans such as ‘disobey the law to achieve justice’, to encourage others to break the law.”

“These people publicly express contempt of the law, [and] not only do they refuse to admit that their illegal activity is wrong, but they even view it as honourable or proud acts. These arrogant, self-righteous thoughts, unfortunately have an impact on some young people, causing them to casually commit acts which destroy public order and peace during gatherings or demonstrations… This case is a perfect example of this unhealthy trend.”

Clearly there was no evidence before the court on “unhealthy trends in Hong Kong society”. The “academics”, whoever they are, were not on trial. There is no suggestion that young people had been impacted in court while the judges were watching. How does Wally know about these things? Did he read about them in the newspapers, talk about them in the club? Is this the sort of thing you want to be going through the judge’s head as he ponders your future in the correctional paradise? Bit rich accusing other people of “arrogant, self-righteous thoughts” under the circumstances. If you heard someone saying all this in a pub you would think it was just another disgruntled old man parading his prejudices. Does sticking a wig on it make it feel better? 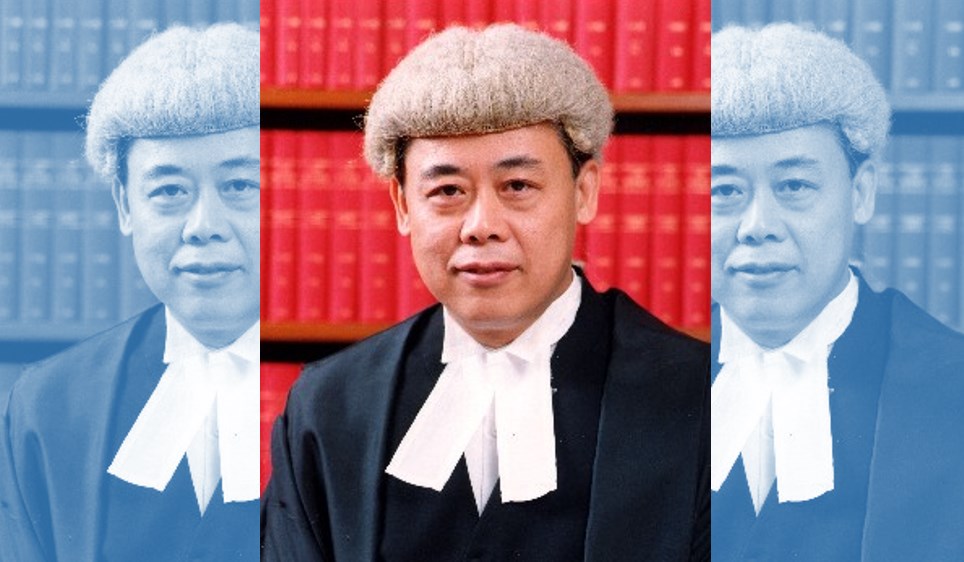 It is difficult to overstate the degree to which judges are insulated from the concerns and problems of ordinary people. The estate on which most of them live has a design so dedicated to sociological apartheid that the domestic helpers not only have their own bathrooms but their own lifts. The judges are chauffeured to the court building, where they have their own exclusive territory, populated by themselves and their small horses, from which they emerge to be addressed by people who for good professional reasons are desperately keen to please. That disposes of work and rest. As for play, a few years ago there was a near-crisis in the judiciary because it appeared that a case might come up which concerned the Hong Kong Jockey Club, and no judge could be found who was not among the horse-followers.

How can you expect sympathy for the concerns and hopes of the student generation from people whose only contact with the young is the occasional encounter with waiters and the lads who open the door for you at the more expensive hotels?

Respect for the law, indeed respect generally, is not offered automatically these days. It has to be earned. Each generation will come to its own view of the matter, in the light of the way in which the law works, or doesn’t work, for them. We hope the law will protect the weak from the strong, the poor from the rich, the people from governments, which are all despotic in their dreams. Instead, we have a system in which people who have been convicted and had their punishment are wheeled into court and punished again, which is not the way the law is supposed to work, in most places.

King James I’s judges were described (albeit by one of their number) as “lions under the throne”. What have we here? Rimsky’s rottweilers?

The jailing of the Occupy trio: Was that a judgement... or an opinion piece?