For nearly two years there has been silence. And I withdrew from the world into a black hole.

This always begins slowly. Depression creeps up on us unseen. Self belief and confidence begin to drain away with each discourse. Every argument and inconsiderate act is not only seen and heard, but felt. The black dog, as Churchill called it, begins to growl. You want to hide.

The year before last everything seem to fall apart. My family suddenly seemed poisonous and irrevocably divided; and my work relationships strained by hoping on empty promises. Every tantrum I faced suddenly hurt, and each put down and each curse felt like a stab to the heart. Now, when I needed them most, friends suddenly seemed too distant to be disturbed. Each busily living their own lives. All oblivious to mine. Around me Hong Kong had become a storm. Outside raged a corrosive political climate.

My home was fundamentally different to the Mainland, not only in development but in experience and therefore in values. The Chinese identity of my family were defined not by politics nor a history of century of humiliation, but by our language, tradition and familial roots. Like many, we believed Hong Kong’s greatest asset to Beijing would be as an example for political and societal reform on the Mainland, thereby helping to bridge the divisions that have hurt China for so long, and in due course bring about reunification with Taiwan. This was the China Dream I was brought up to believe.

The Basic Law, founded on principles of “One Country, Two Systems” and sold to the people as “Hong Kong people ruling Hong Kong”, served as a constitutional guarantee on which my home, my way of life and the values and institutions on which they were dependent would continue until 2047. Trusting in Beijing to do what was right both by law and in the interests of the people of Hong Kong, there seemed little reason to believe why my home could not retain its differences whilst also being a part of the People’s Republic of China. Indeed, provisions in the Basic Law alluded to there being democratic development, allowing Hong Kong to finally throw off the remnants of colonialism shackles, and allow the people to feel part of a nation.

Yet from 2014, if not before, the Basic Law, has been regularly and openly violated. Court rulings have been undermined by the Communist Party’s reinterpretation of the city’s constitution. Critical booksellers have disappeared and, more importantly, their disappearance was allowed to make the news. Judicial independence has been challenged by pro-establishment voices and by the police. “Foreign” judges have been paraded in the press. This has happened without so much of a word of opposition from the government.

Without the Basic Law, my people lose their only reasonable and legitimate platform on which to stand – not for the democratic ideal, but for something far more fundamental: the dignity of being allowed to define their home and their own identities as Chinese. 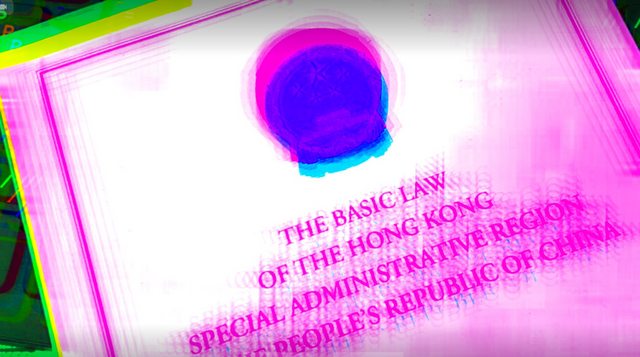 For the first time, I found myself questioning my trust in the police. I could no longer take government announcements as politically neutral. This was not from suspicion, but from the evidence of my own eyes.

By far the most damaging affect of this poisonous politicking has rarely if ever been commented on. It was the breakdown in personal relationships and trust. As a child of Hong Kong, I felt this very acutely, as people I had grown up beside now turned away. I learnt the limits of relationships. And I lost my trust in people.

I learnt that my existence had become political. I was told by “uncles” I had known all my life that neither I, nor my family, belonged here. We were not fully Chinese. We were too close to expatriate circles. We did not look right, and we did not think right.

Behind the facade of what I had in my heart considered deep and personal friendships, I discovered a face I did not know, and one that now did not want to know me. It is an ugly, self-serving and cowardly face; a face of ugly privilege.

With each day came new interactions, new disappointments, and the news. Without knowing, my imagination played host to nightmares. So I remained, contrary to advice, plugged in.

Editorials described a Hong Kong I did not know, and increasingly with sanctimonious venom. The language changed too. Increasingly opinions were stated definitively. We received orders. “Hong Kong’s Youth are…,” and  “Hong Kong must…”

Former chief executive Leung Chun-ying, whom I had met shortly before his election, and who had then greeted me with such politeness, spoke of there being evidence of “foreign interference” behind the troubles. Papers reported in outrage of there being a sinister meeting, and of a cabal of foreigner agents planning and financing opposition to the government. My “uncles” growled in anger, and tongues were sharpened and attitudes hardened for a beating. I was at that meeting. The supposed agents were my friends. In one report, I was told I was apparently portrayed as an American. It was a lie. But what pained me more than the lies were that no one in a position to refute them wanted to know. Not even the police. The words of a judge summed up the feeling among this nasty, ugly set of people: as she sat watching the television of the Mong Kok riots, her face crumpled with hate. “Kill them!” she cried, “kill them all.” She and her company would not entertain a word against. It was not said in jest. There was only silence.

Then, early last year, I lost the one hope that had held my head above the currents. I was told the Hong Kong Identity Project (HKIDP), after eight years of interviews, would again not be launching. It was yet another failure, and the promise of funding yet more empty words. It was my godfather who had let me down. But I knew why, and I understood his fear. Fear was everywhere.

When the phone call ended I looked up at the busy road about which I was waiting to cross. I saw a double decker bus. In my mind I saw a saviour – a way to end all this pain, to be rid of the torture of living in the present and to extinguish the nightmare of the future. To return to neutral.

The bus stopped. The driver swore. And then, in my mind and in my heart, everything stopped. Last year, I tried to kill myself twice. First, as I have described, when the black dog barked and I began to fall. The second time when I had been wrenched out of nothingness and I again confronted the black mute, snapping at my nose.

In the hole, I very nearly died a third time. I was found having not moved, eaten or having had anything to drink for several days.

I know today that I have a form of recurrent unipolar disorder. It is a condition I have had since I was nine or ten, when I first slipped in to depression. It has haunted my life, resurfacing every five to six years as a mood and a feeling. But I have, until last year, been able to manage it. I do logic and cryptic crossword puzzles, and I read. I satisfy my addictive mind by building models, each promising when completed a moment of satisfaction. I give in more to my autistic impulses, to count everything and to note every possible pattern. I return to childhood.

I am currently taking seven prescription drugs, three are anti-depressants. I will be taking medication in some combination for the rest of my life. I needed them in 2014. And I continue taking them if there is even a small chance that they can keep that black dog at bay. The hole remains inside. I feel it every day.

According to research published last year in the British Journal of Psychology, unipolar depression is triggered not by indirect factors, such as the loss of a job or changing personal circumstances, but by deep personal trauma. Usually such depression is triggered by the loss of a loved one, or a breakdown in an especially deep and close relationship. 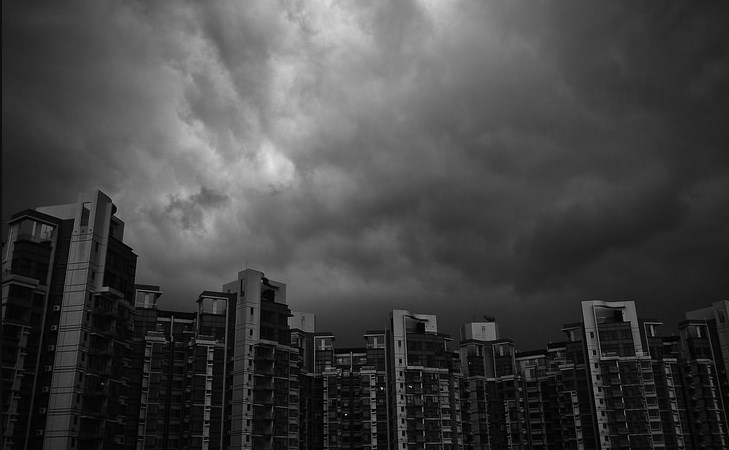 Earlier this year I asked Larry Klassen, Research Chair at Eden Memorial Health Centre in Canada, whether my depressive episode might have been caused not by the breakdown of a single, close relationship but by the slow breakdown of the many psychological relationships associated with the loss of home. “I don’t see why not,” he replied. “Whilst I am not aware of any research that looks specifically at loss of a sense of home as a trigger, it’s a perfectly assumption to make in your case.”

I will not ask all those “uncles” to recognise my personal right to call the city of my birth, and that of my grandparents and great grandparents, my home. I now see our relationship for what it is, and in my heart they are no longer my “uncles”.

I do not need to be fully ethnically “Chinese” to recognise and identify with my Chinese roots. Neither do I need to identify being Chinese and China with a political party, a political narrative and an ideology. The government does not define Hong Kong nor what it meant to be a Hong Kong person in the Hong Kong that was my home. But that Hong Kong is no more.

Andrew Solomon, a beautiful man of beautiful words, describes depression as the opposite of vitality. It is, he says, “the flaw in Love.”

I am physically weak, of insignificant height and build. I am not driven by competition. I do not relish the fight. Unlike the majority of expatriate children I grew up around, I did not smoke, nor drink, nor particularly enjoy socialising. I read, played sports and built model aeroplanes. If I were born in a small village, I would by nature be the boy who would stay. I would tend my roots, and find beauty in the small. Home and the people of my home mean everything to me. It is they who made me who I am.

So CY Leung, I ask with respect and in all politeness, where is the evidence for foreign interference you said you had and promised to show us? All governments may spin the truth, but only the worst, the most authoritarian and insecure, will lie. Why now do we trade in the politics of lies?