The MTR Corporation has said that it will launch an investigation into data transmission problems that caused intermittent disruptions and delays to the Kwun Tong line on Saturday.

From around 11:05am on Saturday, signalling problems plagued the system between Ngau Tau Kok and Lam Tin station, an MTRC spokesperson told HKFP. In order to uphold safety, the operation control centre arranged for trains to reduce in speed between the two stations while it investigated the incident. From approximately 2:30pm, Kwun Tong line trains ran every five minutes, only returning to normal service at 9:35pm. MTRC Chief Executive Officer Lincoln Leong told reporters on Sunday that independent experts would investigate the service outage: “We are sorry for any inconvenience caused to passengers. We see this as a serious incident, and will establish a high-level team to investigate the incident in-depth, to see what can be done to improve our facilities.”

Leong said that the multiple levels of signalling systems meant that communications between the two affected stations was extremely complicated. He added that the incident was rare, and unrelated to other recent signal failures. 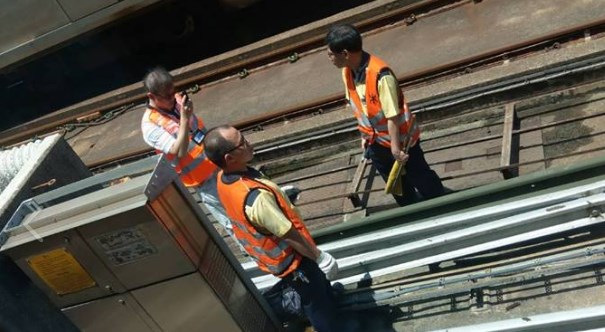 The spokesperson told HKFP that more time would be needed to find out the exact reason for the disruptions.

The Kwun Tong line’s signalling system was built in 1989 along with the Eastern Harbour Crossing, and has been in use for more than two decades. The system was designed for up to 30 years of use. Leong said that the MTR would, in the coming years, spend HK$33 billion to update the underground train’s systems, including those on the Kwun Tong line.

When asked how much compensation would have to be paid by the MTRC, Operations Director Adi Lau said that the company would have to clarify the incident with the government before any estimates could be made.