A report by the government’s official think tank has suggested four fantasy scenarios for Hong Kong over the next 30 years, including the potential for an “Elderly Occupy Central” movement in 2043.

HKFP acquired the Central Policy Unit’s 226-page report in Chinese, entitled Scenario Building for Hong Kong. Its cover stated that it was for internal reference and was not be made public. Preliminary work began in 2014 and the document was completed on May 10 this year, during the last administration. The report uses fictional news stories to guide readers through possible future scenarios. It was partly inspired by research from the German Bertelsmann-Stiftung Foundation think tank last year, in which they imagined possible situations for China.

The first scenario suggests that Hong Kong will become a successful city under the development of China, governed by the rule of law and mostly free from corruption.

The second scenario imagines that a national security law is enacted in 2025, but opposition voices still have some room to exist. It suggests that Guangzhou, Hong Kong and Macau will win the right to jointly host the Olympics in 2045 as a sign of joint development, but activists will still be allowed to protest.

The third scenario envisions that Hong Kong’s influence will fall behind Shenzhen or even Wuxi city, near Shanghai. It suggests that China will save the global economy in the 2040s, but its “One Belt One Road” infrastructure development initiative will fail, meaning Hong Kong will see no benefit. It also suggests that China may enter a “serious confrontation” with the US, or that Taiwan may announce independence, triggering a war. The fourth hypothetical was the worst-case scenario. It predicted that, in 2043, a group of older activists who joined the 2o14 pro-democracy Occupy protests restart another pro-democracy umbrella movement nicknamed “Elderly Occupy Central.” Other separatists charged or jailed previously using the national security law will join in.

The names of the activists in the report were apparently created by mixing up the first names and surnames of lawmakers Eddie Chu Hoi-dick and Cheng Chung-tai, and also activists Edward Leung Tin-kei and Raphael Wong Ho-ming.

It imagines that society receives the protests poorly as demonstrations were too common in the decade leading to 2043. It also predicts that the protest will adopt a method of occupying streets in the daytime whilst giving way to traffic again at night, leaving the government in a difficult position to clear the “carnival-like” rally. 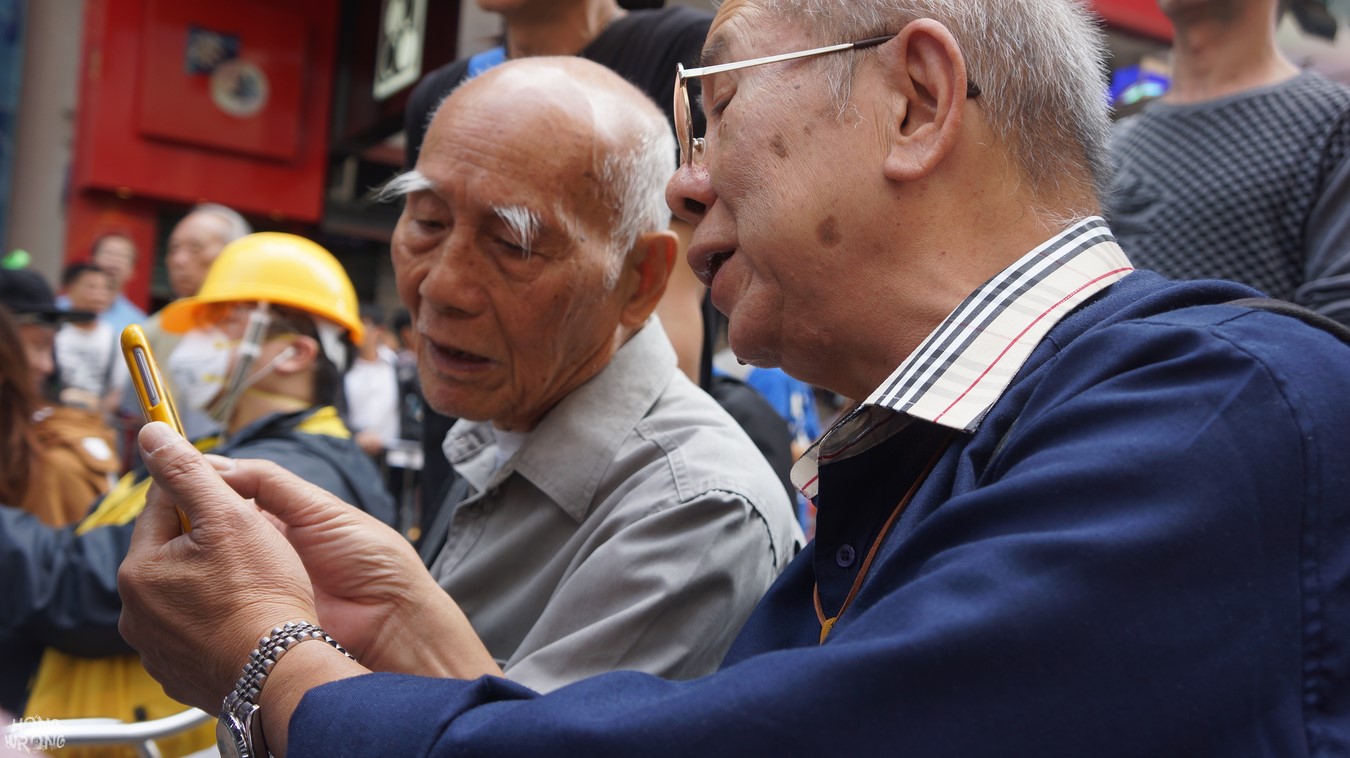 The report said the scenario could be possible if society continues to lack consensus and focuses on confrontation. Governance may not improve, the opposition camp may remain active and the relationship between Hong Kong and China may not normalise.

The report concluded by saying: “What we care about most is not how accurate these [scenarios] will be, but how to trigger thinking, imagination, concern and constructs for the future through these narratives.”

In the appendix, the report also invited screenwriters to write two theatrical plays imagining a “sunshine version” and a “dark night version” of life in the year 2046.