US and German medical experts who examined Chinese Nobel Peace laureate Liu Xiaobo said Sunday it was safe to transport him abroad for cancer treatment, contradicting the assertions of Chinese doctors.

The statement by the foreign physicians looked likely to add to international pressure on China to release its most prominent democracy advocate for treatment overseas. The First Hospital of China Medical University in the northeastern city of Shenyang where Liu is being treated for late-stage liver cancer had said Saturday it was “unsafe” for him to travel due to his deteriorating condition.

“While a degree of risk always exists in the movement of any patient, both physicians believe Mr. Liu can be safely transported with appropriate medical evacuation care and support,” they said in a joint statement.

“However, the medical evacuation would have to take place as quickly as possible.”

Their statement added that both of their respective institutions had agreed to accept Liu for treatment. 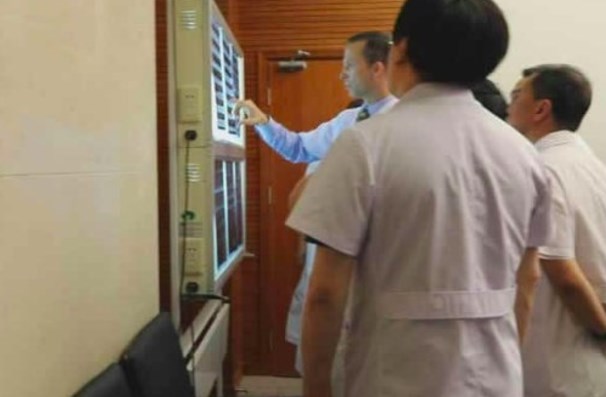 Beijing has come under fire from human rights groups over its treatment of Liu and for waiting until he became terminally sick to release him from prison more than a month ago.

Liu, 61, and his family want him to be allowed to seek treatment abroad.

Rights activists and Chinese dissidents accuse Beijing of stalling and falsely claiming Liu is too sick to travel for fear of giving him a platform to speak freely overseas.

“The statement by the two experts shows that the Chinese authorities lied when the hospital released the statement yesterday,” Amnesty International Chinaresearcher Patrick Poon said.

“The Chinese government should face it instead of covering up and faking news any more. They should respect Liu Xiaobo’s wish to leave the country before it’s too late.” 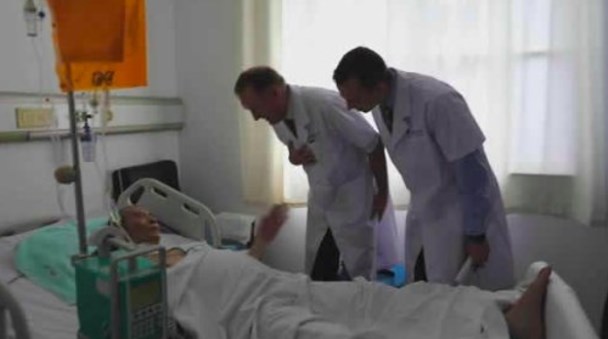 Herman and Buchler said they “acknowledge the quality of care” that Liu had received at the Chinese hospital.

But while noting that the hospital is recommending a focus on relieving the symptoms of Liu’s terminal illness, the foreign doctors implied that more could be done.

“Additional options may exist, including interventional procedures and radiotherapy,” they said.

That appeared to jar with the hospital’s account of their visit.

The hospital has said Saturday that the Western experts claimed they knew of “no better method” for treating Liu other than the care he was now receiving.

Liu was arrested in 2008 after co-writing Charter 08, a bold petition that called for the protection of basic human rights and reform of China’s one-party Communist system. He was later sentenced to 11 years in prison in December 2009 for “subversion” after calling for democratic reform. At the Nobel ceremony in Oslo in 2010, he was represented by an empty chair.

He is also known for his efforts to help negotiate the safe exit from Beijing’s Tiananmen Square of thousands of student demonstrators on the night of June 3-4, 1989 when the military violently suppressed the protests.

A group of Liu’s friends fear he is near death and they issued an open letter earlier this week calling on the Chinese government to give them access to him on “humanitarian” grounds.

Hu Jia, a prominent Chinese activist and good friend of Liu, called for increased pressure on China in the wake of the doctors’ statement.