In early June, the UN Refugee Agency (UNHCR) urged China to play a more prominent role in solving the refugee crises around the world. While the Chinese government has yet to give an official response, nationalistic netizens have offered theirs, calling the agency’s Goodwill Ambassador from China, Yao Chen, “ and the idea of taking in refugees “brainless.” On June 20, World Refugee Day, Yao Chen, a famous Chinese actress who is the UNHCR’s first Goodwill Ambassador in China, was featured on major news outlets sharing her experience visiting refugee shelters. She urged Chinese society to give more support to refugees (via UNHCR’s account on Weibo) :

Refugees are ordinary people like us. They became refugees because of wars and disasters. I hope one day, they can become ordinary people again and enjoy the rights that an ordinary person enjoys.
难民是和我们一样的普通人，战争和灾难让他们沦为难民。希望有一天，他们能够再次成为普通人，享有一个普通人应当享有的权利。

The media event resulted in a backlash online. Many Chinese netizens read the news as a sign of the Chinese government’s willingness to accept more refugees from the Middle East and North Africa, and their fear has turned into hate directed at Yao Chen. Below are the most popular comments under the UNHRC account’s post on the World Refugee Day on Weibo:

Yao Chen wants more chaos in China? Long hair but short of knowledge, or is she paid to speak up? She even disables comments on her Weibo. Scared of criticism?
姚晨唯恐中国不乱么，头发长见识短，还是收了钱了？连微博都禁止评论，怕被骂吧 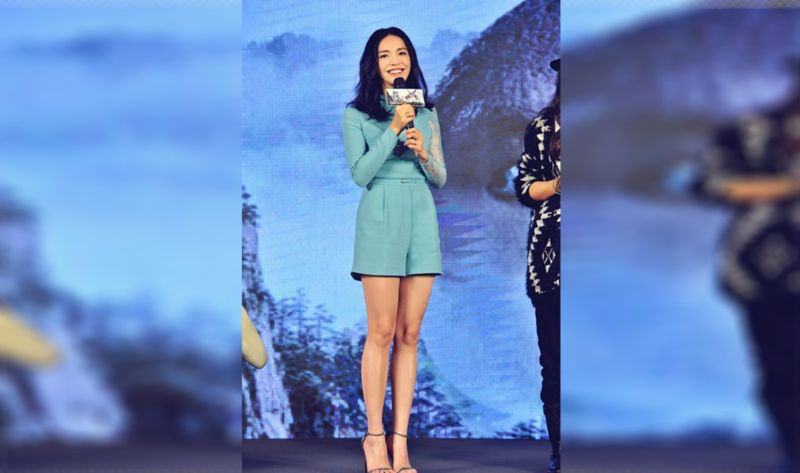 No to refugees!! 30 years of the one-child policy is to give space to refugees? If Yao Chen welcomes refugees, ask them to live in your house and feed them yourself.
不要难民！！计划生育30年就是为了给难民腾地方么？姚晨你欢迎的话，就去你家住好了，吃你的喝你的用你的！
Our ancestors taught us to protect our own country. These people have given up their own country, they are refugees or cowards?
先辈告诉我们山河只能靠自己守护，这些离弃自己国家的是难民还是懦夫？

Underlying the negative reactions are antagonism toward “political and moral correctness”, the feeling of being victim of population control (single child policy in China), and nationalistic sentiments.

Chinese ‘protected their ancestors’ land for their descendants’

The above online opinions, although written by different writers, appeared to be inspired by a viral piece titled “Saint Mary Bitch goes to the refugee camps. China won’t welcome you!” (圣母婊滚到难民营去，中国不欢迎！), which was circulated via Maoist leftist think tank Chawang’s account on the Sohu blog platform.

The post calls Yao “Saint Mary Bitch” (mother of Jesus Christ) accusing her of being hypocritical. Then it criticises a number of public intellectuals who have urged China to take up the responsibility of refugees: These people who advocate for such brainless ideas are either stupid or bad. But from their intellectual background, they are not stupid, obviously, they are bad. Either they have taken money from political schemers or they have been brainwashed by white-leftism.
这些人能提出如此无脑的主张，非蠢即坏。依照这些人的学识来看，很显然不可能是蠢，那就是坏了。不是收了野心家的钱，就是被西方白左思想洗脑了。

The term “white left” — the opposite of “red” or nationalistic leftist positions — has been used in China to to criticise those who believe in universal values (including human right, democracy and individual freedom) and cultural diversity.

The article then stresses that the one-child policy, which resulted in so much pain among Chinese for many years, is to create space for Chinese people, not refugees. It argues that the government has yet to provide enough welfare for the poor and hence should not support the refugees; it also says it isn’t China’s responsibility to take in refugees from the Middle East and North Africa because it hasn’t started any wars in the region. At the end, the writer praised China’s war history:

During the anti-Japanese War [the Second Sino-Japanese War], the atrocious Japanese soldiers were killing and robbing on Chinese land, but the 450 million Yan Huang Zisun didn’t become refugees, they took up weapons and fought with their lives against the invaders. They protected their ancestors’ land for their descendants. If Chinese were like these refugees, China would not be a country anymore.
抗日战争时，穷凶极恶的日寇在中华大地上肆虐，烧杀抢掠无恶不作，可是四万万五千万的炎黄子孙没想着当难民跑到别国去，而是拿起了武器，哪怕技不如人，也要和侵略者以死相拼。这才为后世子孙保住了祖先留下的土地。如果中国人也像这些难民一样，恐怕中国早就亡国了。 And then the writer degraded the morality of the refugees coming from the Middle East and North Africa:

Readers can check out what the refugees have done in Europe. They want subsidies and refuse to work, refuse to integrate into the mainstream culture […] What the hell are these refugees, they act like a bunch of masters, want to enjoy social benefits and care upon arrival. They are parasites at ease. They make use of political correctness to force the European government and “white left” to give money and accommodation, with such a strong sense of righteousness.
各位读者可以自己看看那些难民在欧洲干了些什么事儿。要救济、不干活，拒绝融入当地社会接受社会主流文化。[…] 这尼玛是难民？整个就是一群大爷啊。来了就要福利、要待遇，心安理得地做寄生虫，还可以动辄利用政治正确的大棒来逼着欧洲政府和白左给钱给住处，如此有恃无恐。

There’s no evidence that supports that refugees as a whole in Europe are “refusing to work.” Integration is a complicated process, and in Europe’s case authorities have made missteps since the crisis began, as Judith Sunderland of Human Rights Watch writes.

In any case, the UNHCR warns against viewing refugees as a homogeneous group, as the Chawang writer does, and emphasises their individuality.

Cawang has published a dozen more opinion pieces on refugees on its website since June 20, depicting the issue as a western conspiracy against China. For all the uproar online, China does not host many refugees. Currently, there are 20 refugee shelters around the country; most of the refugees are in the shelters for transit and the monthly subsidy of about RMB 3,000 (approximately US$440) that they receive is covered by the UNHCR. In 2015, there were about 138 refugees in China and 410 asylum claimants being processed.

The above information was presented by a “fact-check” piece published by Chinese Communist Party-affiliated Global Times, which also stressed that China joined the International Organisation for Migration (IOM) in 2016 merely to help improve internal migration:

China joined this organisation to improve China’s governance of internal migration, such as peasant workers in urban areas and domestic population flow.
中国加入这个组织是为了提升中国管理自己内部的移民治理问题，比如农民工进城，人口迁移等等。

See also: The nameless and faceless outliers struggling to stay afloat in a broken refugee system

Such a claim sounds a bit odd, as the Chinese government has been stressing that foreign powers should not intervene in domestic affairs. And as an international organisation, IOM’s areas of intervention are: “the promotion of international migration law, policy debate and guidance, protection of migrants’ rights, migration health and the gender dimension of migration.”

On the past few years, China has faced much criticism from international society for the forced expatriation of North Korean defectors and the lack of migration and naturalisation policies that makes it quite difficult for non-Chinese to migrate to the country, among other things. According to the Ministry of Public Security, more than 7,300 foreigners obtained green cards by 2013, but more than 600,000 foreigners live in China. That same year, almost a million Chinese became permanent residents in the US (see more from Foreign Policy: “Why China isn’t hosting Syrian refugees”).

As indicated above, the global flow of people is highly imbalanced. In early June, during his first visit to China, UNHRC chief Filippo Grandi urged China to play a greater role in solving the world’s refugee crisis.

“UNHCR and China have been cooperating for 40 years,” he explained. “During that time China has become a major actor on the international stage… The global refugee issue has also grown bigger and more complicated as factors causing people to flee are increasingly mixed.”

He also expressed hope that China’s Belt and Road initiatives, which cover developmental projects in some 60 countries, could include resources for hosting more refugees and displaced people.

“The Belt and Road initiative is about peace, prosperity and inclusion… We hope that China can invest some of those resources directly in countries hosting large numbers of refugees and displaced people. In doing so, it can empower refugees and their host communities in a win-win situation for all… Through its many development projects, China can help to stabilise areas in conflict and address the root causes of displacement.”

Beijing has yet to officially response to UNHRC’s call. But the country’s “red leftist” and nationalistic netizens have given their answer.

This article was originally published on Global Voices. Read the original article here.

Is an antagonistic anti-refugee stance finding online support in China?