The explosion happened at the school’s gates, police in the city of Xuzhou said in a statement. Images circulating online showed that the force of the blast tore people’s clothes off and one woman was seen clutching her child, who is in tears.

Public Security Minister Guo Shengkun ordered a “prompt” investigation into the cause and “demanded enhanced checks of possible risks at densely populated venues,” the official Xinhua news agency said. His deputy was dispatched to the area to conduct the probe.

However the Global Times and China Youth Daily newspapers cited witnesses as saying that a gas cylinder at a food stall had exploded.

At least seven people were killed and 66 injured, including nine seriously, according to Xuzhou city government. Two died at the site of the explosion and five while being treated.

Xinhua said children were leaving school when the blast occurred, but the Fengxian county government said class was ongoing and teachers and students were not among the casualties.

Pictures of the scene showed more than a dozen people outside a building, many lying on the concrete and some appearing to be unconscious, including a small child.

Another video posted by the People’s Daily showed emergency workers arriving at the scene with gurneys. Another showed people lying in a hospital.

Online media reports cited a business owner near the kindergarten as saying that around 5:00 pm (0900 GMT) he heard a “bang”, and found that there had been an explosion at the kindergarten entrance only 100 metres away.

Some people on China’s Twitter-like Weibo website said the use of gas canisters by food stalls posed a danger.

“China’s small restaurants are landmines, and every mobile street vendor is a moving bomb,” one person wrote. 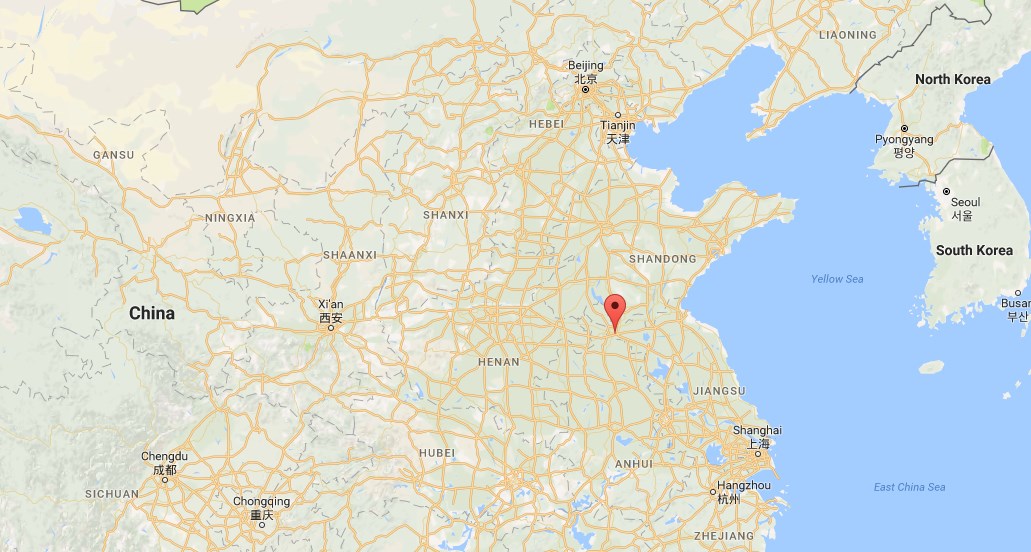 “How can the city management officers allow a vendor to set up a stall at a school entrance with a gas fuel canister?”

It is the latest tragedy to strike a kindergarten in China in recent weeks.

A school bus packed with kindergarten pupils erupted in flames inside a tunnel in eastern Shandong province on May 9, killing 11 children, a teacher and the driver.

Officials later said the fire was intentionally set by the driver, who was angry at losing overtime wages.

There have also been knife attacks at schools in recent years.

In January a man armed with a kitchen knife stabbed and wounded 11 children at a kindergarten in southern Guangxi Zhuang autonomous region.

In February last year, a knife-wielding assailant wounded 10 children in a schoolyard in Haikou, in the southern island province of Hainan, before committing suicide.

In 2014, a man stabbed three children and a teacher to death and wounded several others in a rampage at a primary school that refused to enrol his daughter.

That followed a March 2013 incident in which a man killed two relatives and then slashed 11 people, including six children, outside a school in Shanghai.