Five Taiwanese trade offices in Africa, the Middle East and South America have been asked to remove references to “Taiwan” or “Republic of China” from their names, the island nation’s government has said. Taiwan’s foreign ministry announced the news on Wednesday, a day after Panama cut diplomatic relations with the island, reducing the number of states recognising its government to 20.

Beijing’s longstanding “one China policy” stipulates that all countries that wish to maintain diplomatic relations with the People’s Republic of China cut ties with Taipei.

Chen Chun-shen, the ministry’s director general for West Asian and African affairs, told reporters on Wednesday that the governments of Nigeria, Ecuador, Jordan and Dubai have ordered the Taiwanese trade offices to remove “Republic of China” from their names. The office in Bahrain has been ordered to remove “Taiwan” from its name.

The ministry has not yet made a decision whether to comply with the requests. Taiwan’s unofficial consulates in most other countries use the name Taipei trade office.

“China has been requesting the name changes very frequently, especially recently,” said Chen. “The situation in every country is different – some are more able to withstand the pressure, others are less able to do so.” 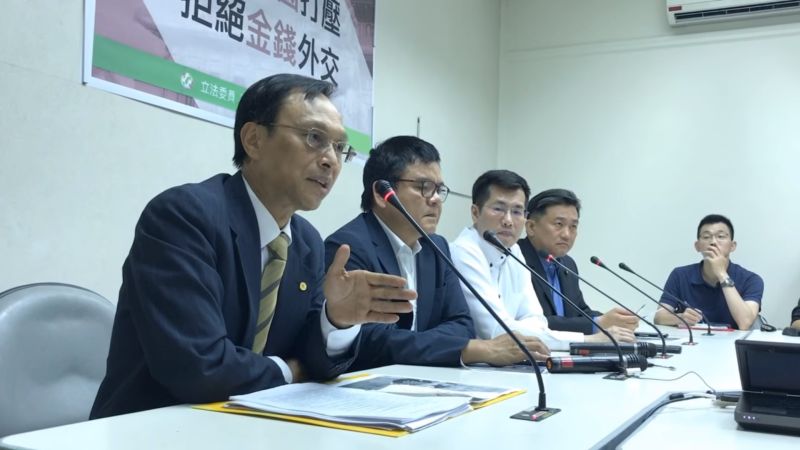 He added that Taiwan did not have too much bargaining power with four of the five countries that have made name change requests – but did not disclose who they were.

Chen said that Nigeria, in particular, had ordered the trade office away from its capital Abuja to its largest city Lagos at the end of March, saying that it would otherwise not be able to guarantee the mission’s safety. Office representatives have since returned to Taiwan.

China's coercion & threats won't bring two sides closer, they will drive our two ppls apart. We will never surrender to such intimidation

Taiwan’s Mainland Affairs Council – its cross-strait policy-making agency – said on Wednesday night that the government would make a decision on what to do after assessing the situation. It lodged a protest against Beijing’s “unreasonable provocations.”

Cross-strait relations have suffered since last year’s inauguration of Taiwanese President Tsai Ing-wen, who has not publicly acknowledged – as per Beijing’s demand – that both sides of the strait belong to “one China.”