Hongkongers are exposed to greater levels of PM2.5 pollutants that those recorded at government air quality monitoring stations, a local think tank says.

Civic Exchange came to the conclusion after a pilot study asked 73 volunteers living in different areas of the city to carry small pollution sensors for several days. Measurements were carried out from December 2015 to May 2016. 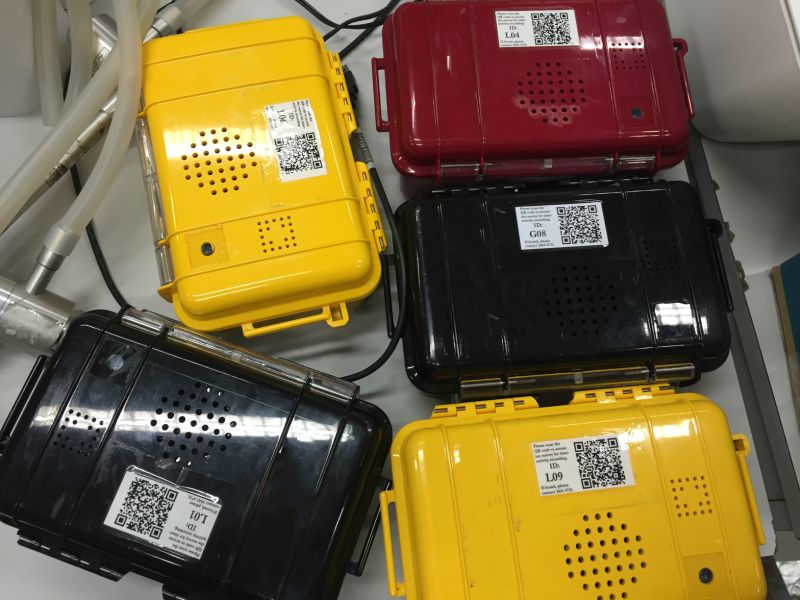 On average, the volunteers spent over 85 per cent of their time indoors. 42 per cent of indoor time was spent at home during weekdays – a figure that rose to 81 per cent during weekends.

They compared their readings to those recorded by the 16 outdoor monitoring stations of the Environmental Protection Department (EPD) – three of which were roadside stations in the busy districts of Mong Kok, Central and Causeway Bay.

In its report released on Thursday, Civic Exchange said that the PM2.5 readings recorded by its volunteers were often significantly higher than those recorded at the nearest government monitoring stations.

The report added that most volunteers were exposed to PM2.5 levels above the World Health Organisation’s recommended daily limit of 25 microgrammes per cubic metre. 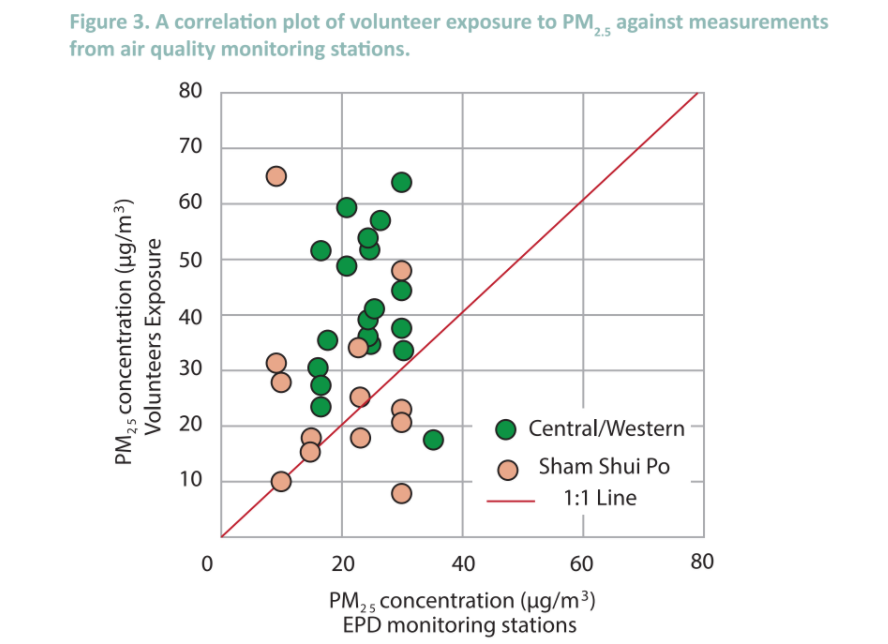 Examples given for volunteers who took PM2.5 readings at Central/Western and Sham Shui Po districts, compared with the readings at the nearest government monitoring stations. Photo: Civic Exchange.

Civic Exchange also said that most volunteers were exposed to a disproportionately high level of PM2.5 at home, although lower readings were recorded in offices.

The type of transport where the highest readings were recorded was on ferries. The think tank attributed these readings to exhaust from diesel engines entering passenger cabins.

“Hong Kong may be significantly underestimating its residents’ true pollution exposure risk,” wrote the think tank in a press release.

Speaking to HKFP, a spokesperson for Civic Exchange attributed the discrepancy between readings by volunteers and the government to the fact that people go between different micro-environments every day – whereas government stations are placed in fixed locations. “For example, if you spend a lot of time indoors, and you are close to air filters, the air quality you are exposed to might be much better.”

The spokesperson added that the poor air quality recorded by most volunteers at home could be attributed to a number of factors such as poor ventilation, dirty air conditioning filters, or the use of gas stoves.

Civic Exchange recommended that the EPD complement its air quality monitoring stations with portable measurement devices, in order to provide a more comprehensive reflection of individual day-to-day exposure to pollution.

“We need to have better understanding of the different micro-environments in the city that individual citizens experience, and also find out the reasons why some indoor exposure risk is so high,” said City University of Hong Kong assistant professor Zhi Ning, who co-authored the report.